When Celtic signed Carl Starfelt from Russian club Rubin Kazan, there were many critics who felt that the Swede would not be a success or at least take a very long time to settle at the club. But they were all proven wrong as Starfelt did not take long to build a partnership with his defensive partner, Cameron Carter-Vickers, and what’s more, he played the most minutes of any outfield player at the Celtic Park last season. 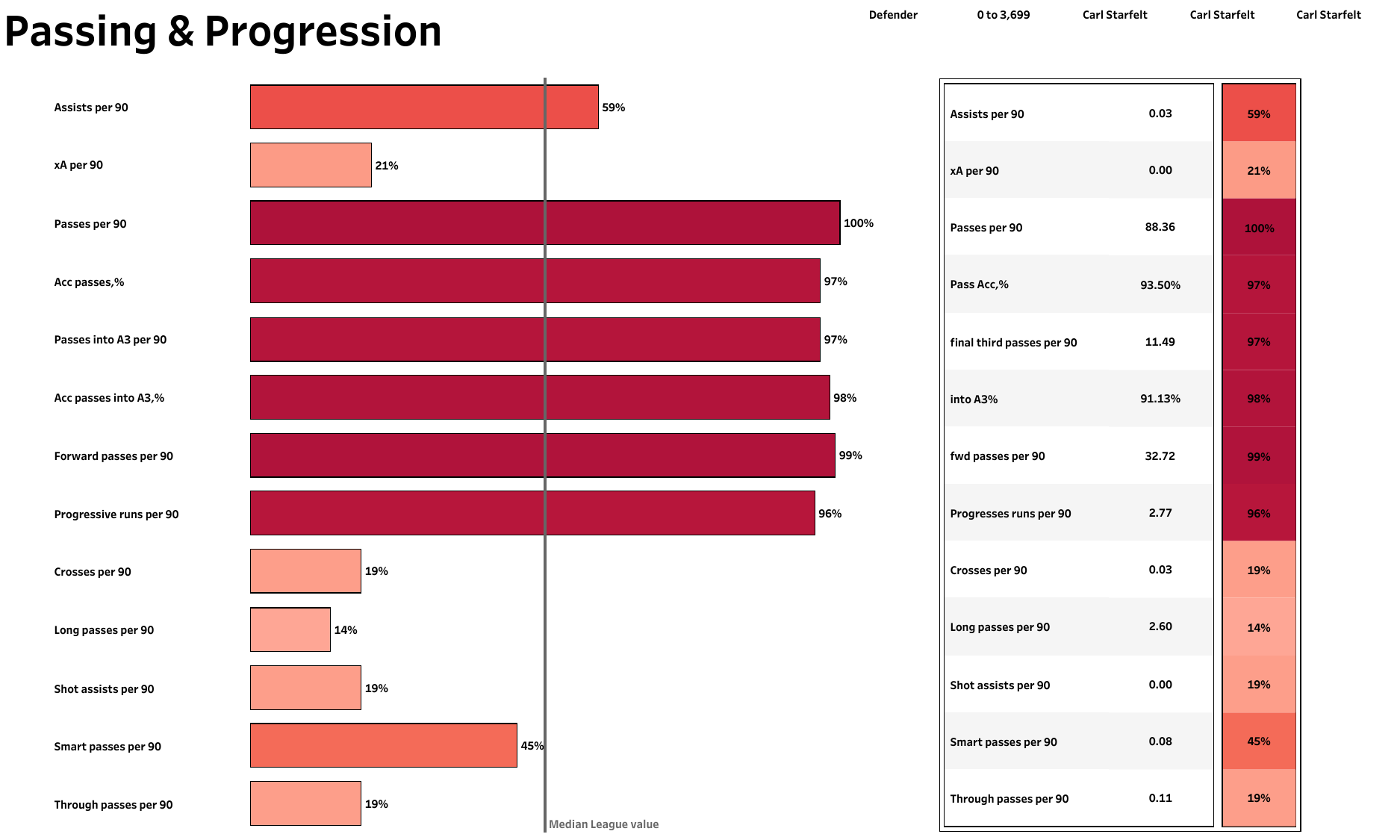 Starfelt made 34 appearances for Celtic in the recently concluded 2021-22 Scottish Premiership season, all of which were starts. He played a total of 3015 minutes for the Hoops in the league, during which he provided one assist. He was a very reliable passer of the ball, attempting a whopping 88.36 passes per 90, ranking him in the 100th percentile. 93.5% of his passes found a teammate. The Swede was also very good in ball progression, attempting close to 11.5 balls into the final third per 90 at a stunning accuracy of 91.13%. He also made more than 2.7 progressive runs per 90, putting him in the top 4% among defenders. 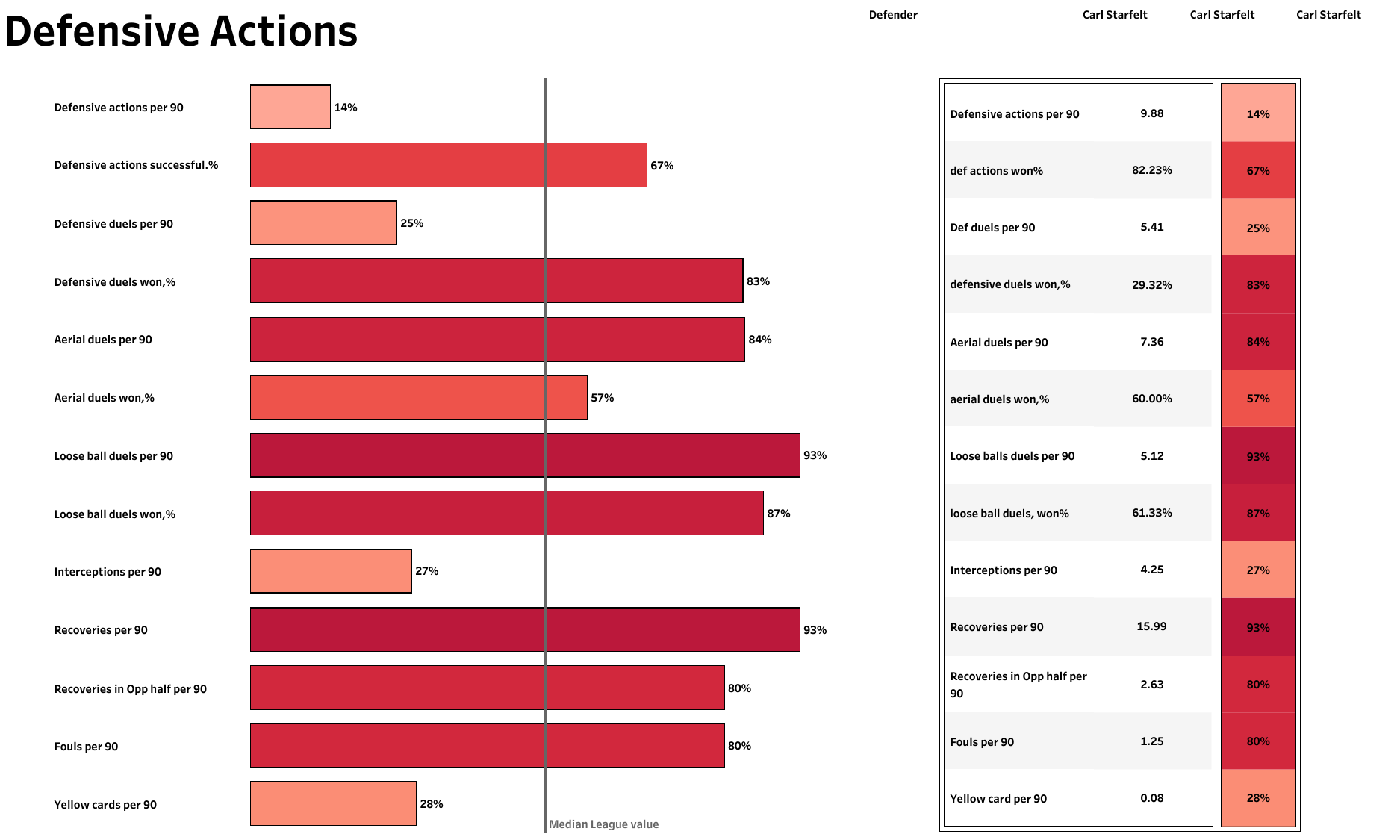 Starfelt was involved in less than 10 defensive actions per 90, but his success rate of more than 82% meant that he was placed in the upper third among defenders in the latter category. Similarly, he attempted only 5.41 defensive duels per 90, but the win rate of 29.32% ranked him in the upper quintile. Standing at 187 cm, he contested 7.36 aerial duels per 90 and came out successful on 60% of the occasions. The Swede recovered more than 61% of the 5.12 loose balls he attempted. In addition to all these, he made close to 16 recoveries per 90. 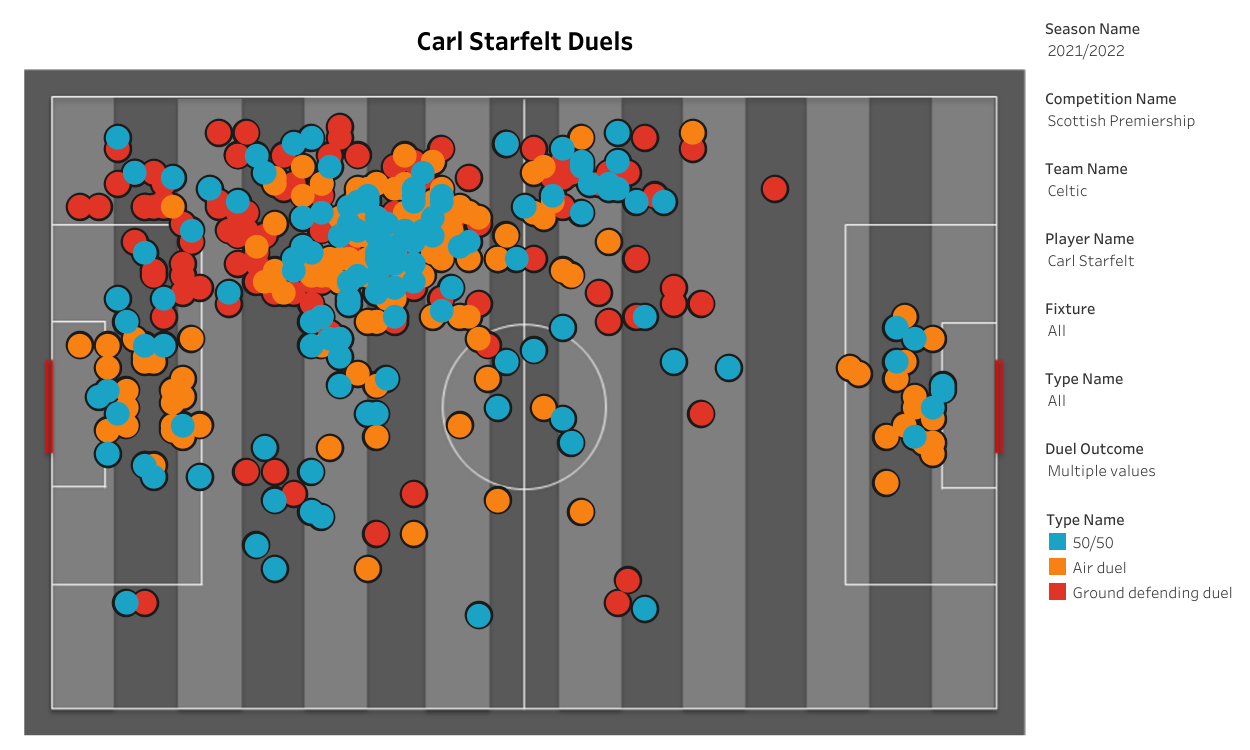 As shown in the visual above, Starfelt won most of his duels in the defensive third of the pitch, with some occurring in the midfield. The defender also won a few aerial duels in the opponents’ penalty area when he came up for set-pieces. He won 50/50s, aerial duels and ground-based defensive duels in roughly similar proportions. In total, he completed 42 interceptions and won 30 tackles for Celtic. 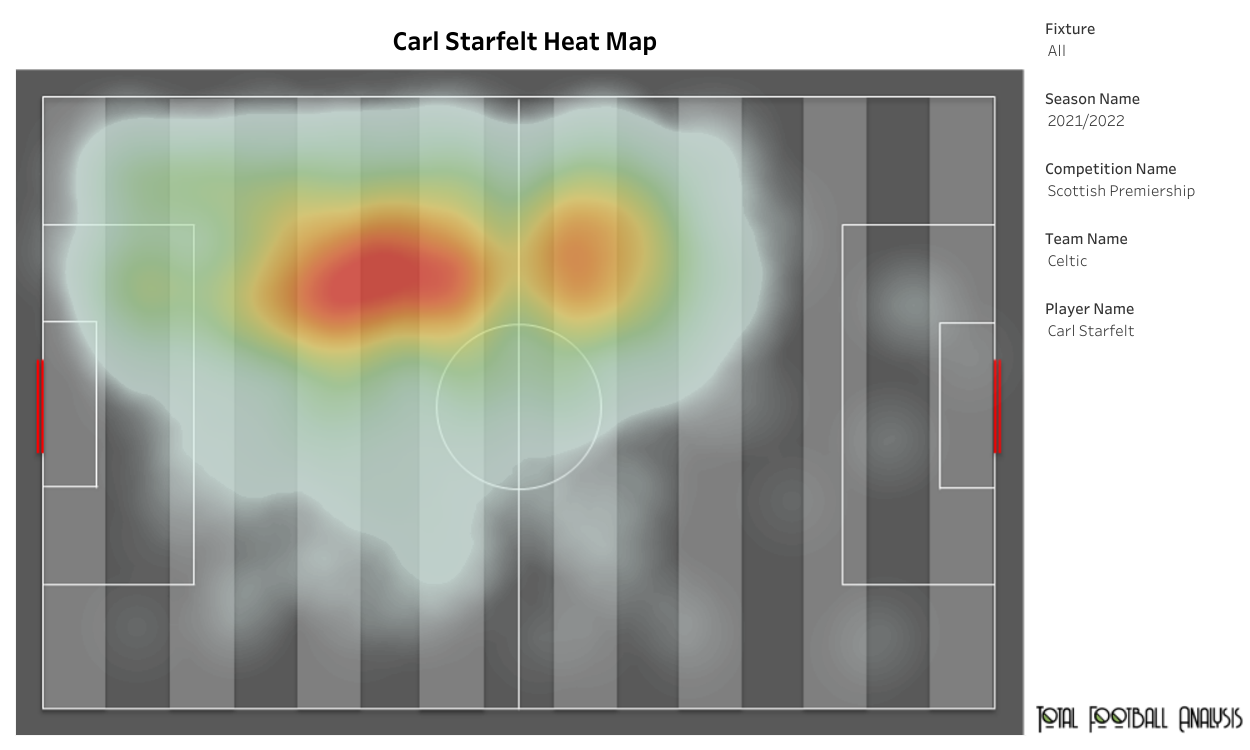 Carl Starfelt took to Scottish football like a duck to water, adapting very well and hitting the ground running. Now, his challenge will be to perform in the UEFA Champions League for the Hoops. It could be a big challenge as he has had no UCL experience so far in his career.