Celtic got an important 3-1 win against St Johnstone to head into the winter break on a positive note. The Hoops needed all three points from this game, after dropping a couple in midweek, when the club could manage only a 0-0 draw. A brace from Liel Abada and a rare goal from Nir Bitton got the job done for the Hoops.

It is safe to say that it was not an easy thing to do, especially considering the number of players that the club was missing from their lineup. But they got it done, which is what matters the most. Now, they will head into the winter break, which should hopefully give them enough time to rest and recover and come back as a stronger team on the other side.

As Celtic have entered the winter break, we have a look at their three best performers so far this season who have played a major role in the position the club stands at in the Scottish Premiership table.

One of their most promising talents this season has been Japanese striker Kyogo Furuhashi. Furuhashi made the move to the Scottish Premiership in July 2021 after Celtic parted with an undisclosed fee to seal his switch from Vissel Kobe. The attacker marked his first Scottish Premiership start by bagging a hat-trick in the resounding early-season win over Dundee. He already has 16 goals and five assists for the Bhoys in his 26 matches so far and has already established himself a fan favorite at Parkhead since arriving in the summer. 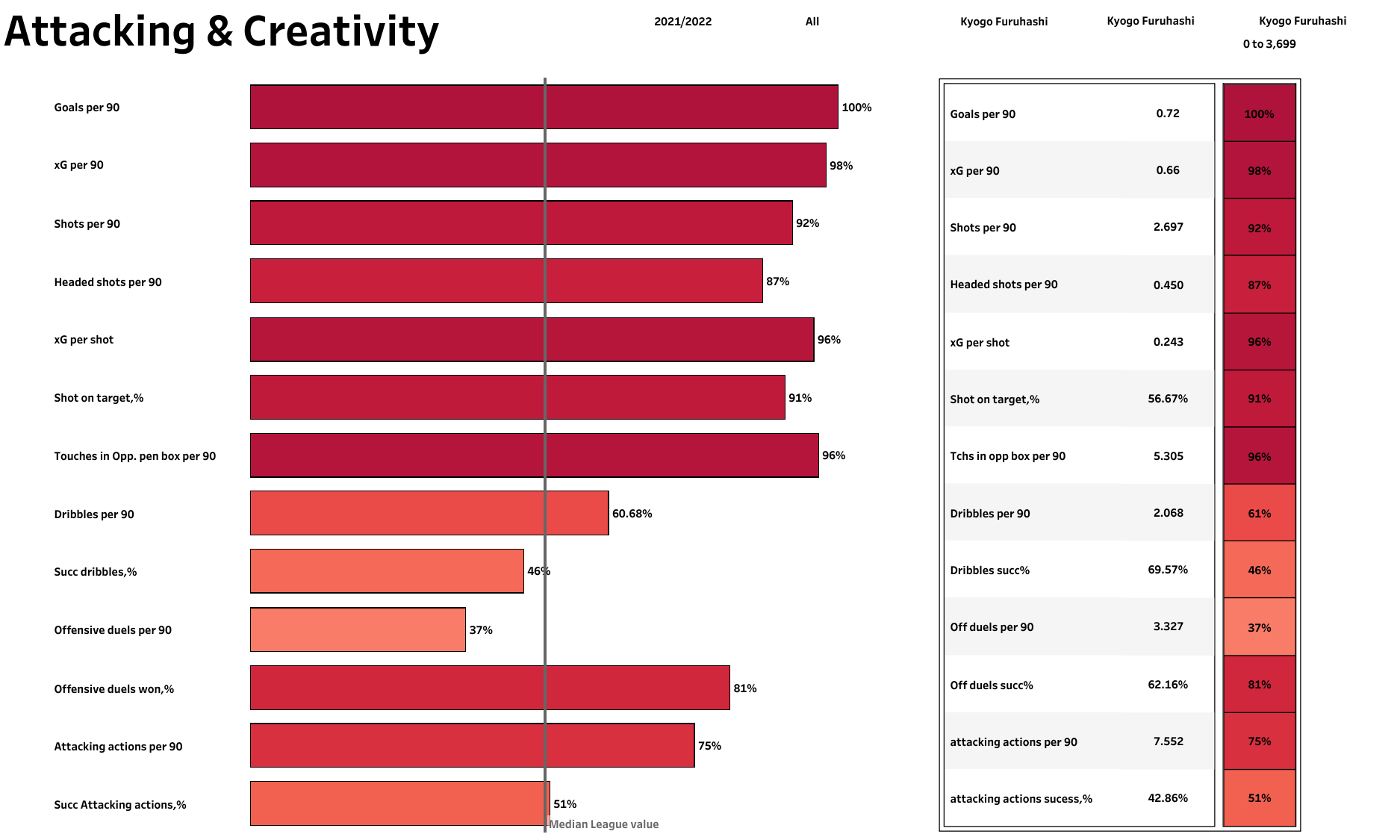 The striker has scored eight goals so far in his 14 appearances for the club. The above viz shows Furuhashi’s attacking and creativity dashboard. The black line in the viz depicts the average of the stat for all strikers in the Premiership. It is visible that he is far better than the average in almost all the stats other than dribbling and offensive duels. He has been a very important player for The Celts across different competitions, as he has scored important goals for them which helped them win the Scottish League Cup. 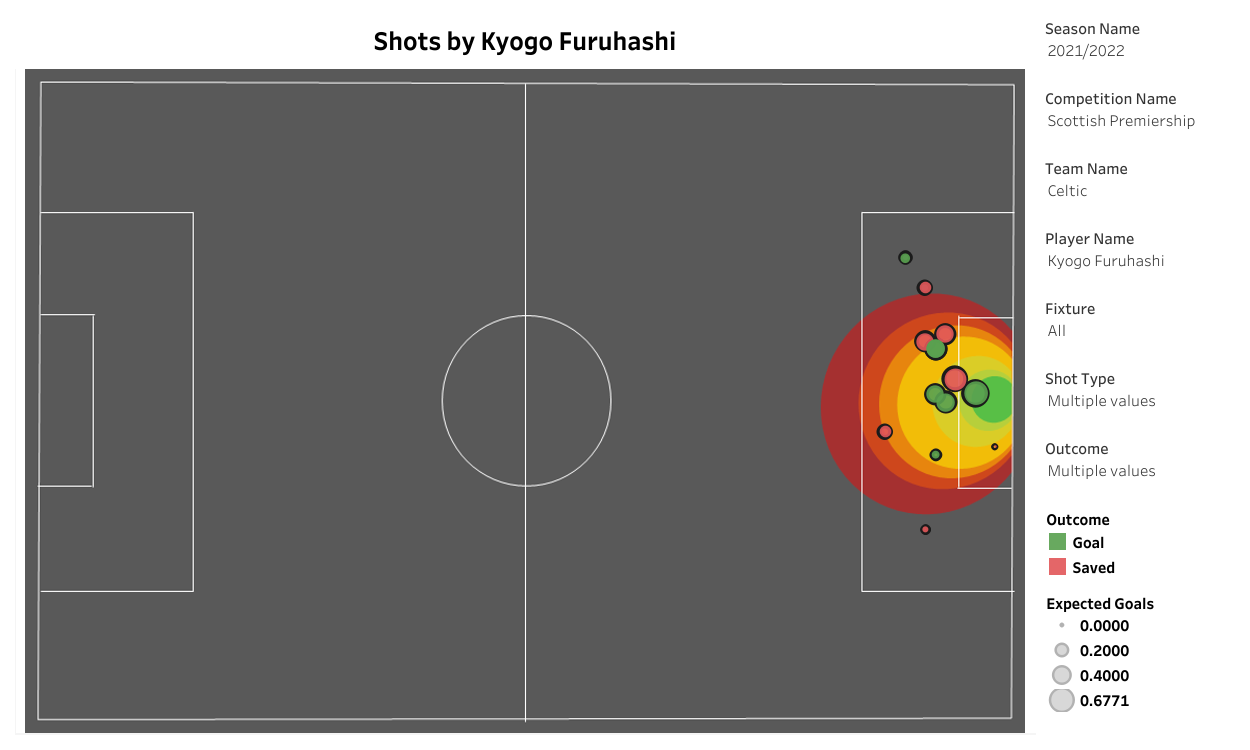 Furuhashi’s shot map shows that he has been a real presence in the box in the limited number of games he has played. He has been accurate and clinical with his shooting, having few shots but a high number of goals. He has attempted all of his shots on target from inside the box, which indicates that he is very clinical and can get into threatening positions in the 18-yard box.

The only concern for Kyogo has been the injuries that he has faced this season. For the past month, he has not been completely fit and was forced off the pitch a couple of times. The main challenge for Postecoglou will be to keep his striker fit, as he will have an important role in their title challenge.

Kyogo has been an absolute standout for Celtic ever since arriving in the summer from Vissel Kobe. It has been nothing short of a transfer masterstroke on the part of the club and Ange Postecoglou to bring him in. The striker has already proven his worth and also showed that he had something to offer going forward as well. He has shown tremendous improvement since the time he has come to the club and has also attracted a lot of attention from big names in England. It is up to Celtic now if they can hold on to the striker. Let’s see what the future holds.