There is no doubting the fact that Jota has been one of the standout performers for Celtic this season. When the Portuguese winger arrived on a season-long loan from Benfica in the summer, there were a lot of doubts about whether he could get it done at Parkhead. While he had been one of the most highly-rated talents in the world while coming through the youth ranks, he had not found his feet at the senior level then. His time at Celtic has been a huge success though, and he has quickly become an undroppable in Ange Postecoglou’s side. 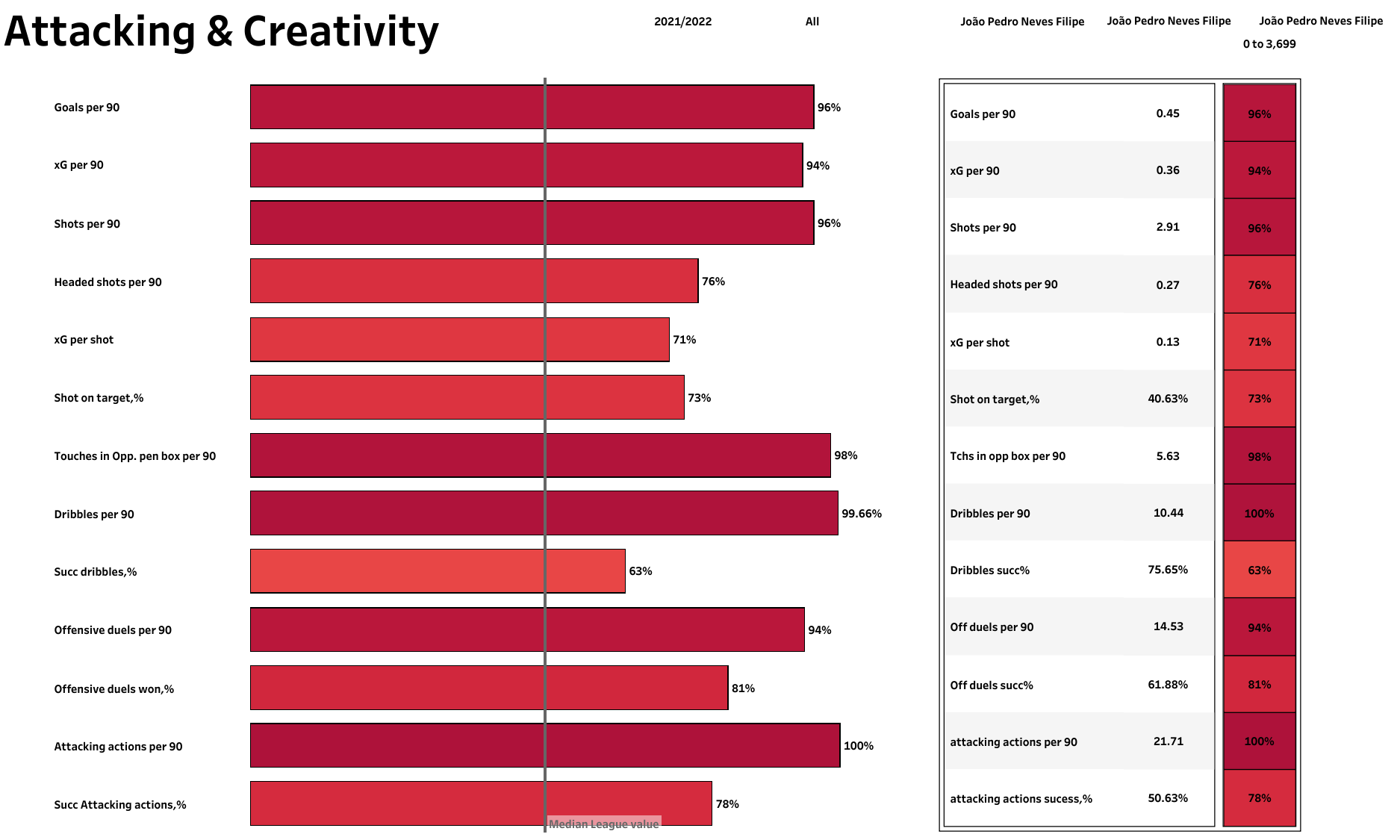 Jota has scored eight goals and provided six assists so far in all competition for Celtic. These are outstanding numbers for a winger. He has operated from the left flank in the Celtic lineup and has been a constant threat to the opposition from these positions. The above visual shows us how his attacking stats are significantly better than the median league value for the same stats. He has attempted an average of 21.71 attacking actions per 90 minutes and has completed 50.63% of these actions. 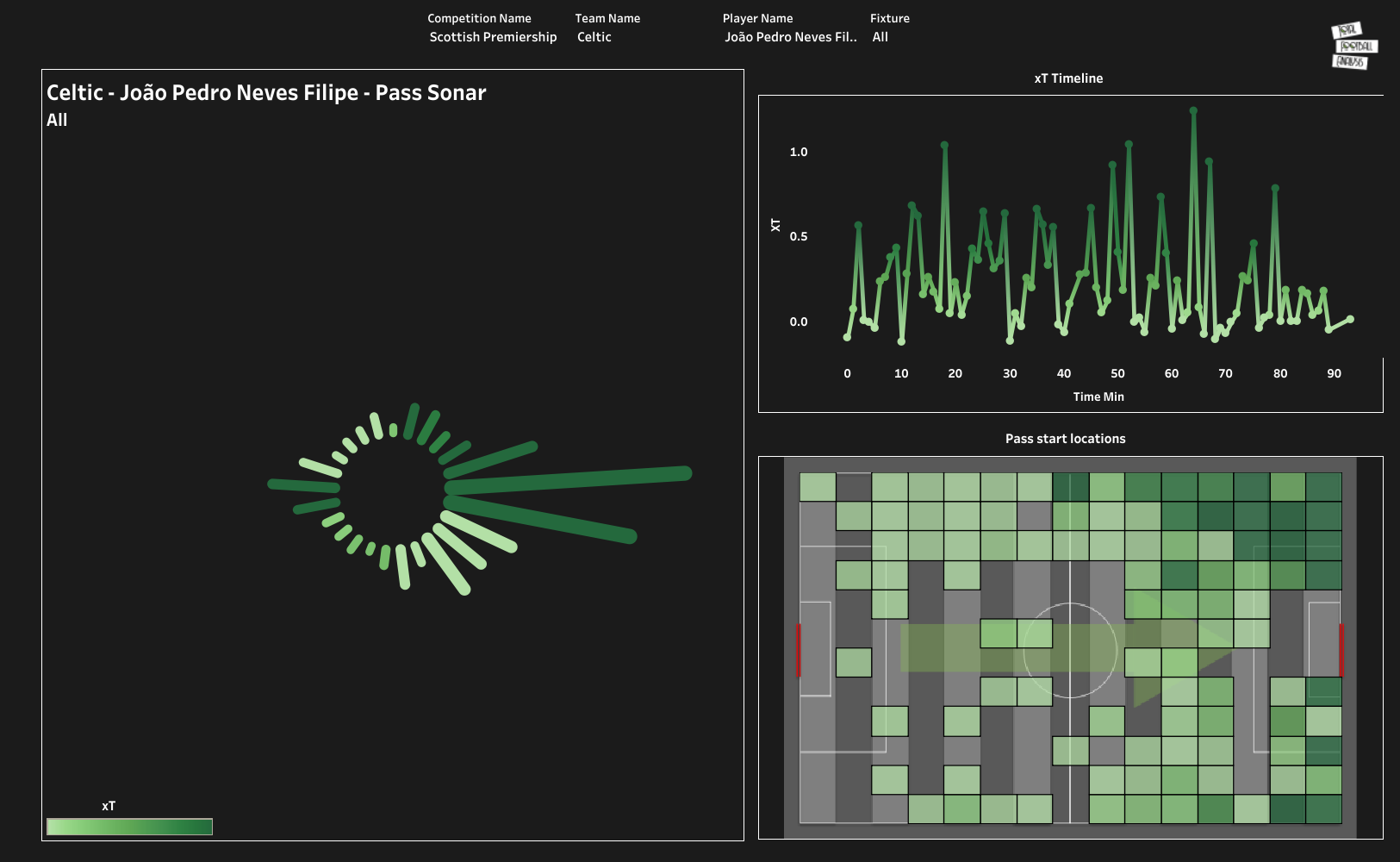 The above visual shows us the pass sonar for Jota. It also indicates the pass start locations and the xT these passes have generated. From the visual, we can see that as Jota plays on the left flank, most of his passes are towards his right and these passes have generated a high xT. The pass start locations indicate that he loves playing in wider areas and can put great crosses into the penalty area. The xT timeline indicates that he has an average xT of above 0.5 and is a constant threat throughout the game and can change the result of a game within seconds.

Jota has spent the past month or so out with an injury that he picked up in the first game of December. There is hope that he will be back available after the winter break, with Celtic scheduled to face Hibernian on January 17. There have been many calls for Celtic to make Jota’s move permanent, with the club having an option to buy included in the loan deal. Though, they have been handed a major worry in that regard.

Under the microscope: How Nir Bitton has become a regular starter for Ange

Under the microscope: How Nir Bitton has become a regular starter...

Under the microscope: Three star performers for Celtic so far

Postecoglou aiming for new Celtic acquisitons with one player set to...

We use cookies to ensure that we give you the best experience on our website. If you continue to use this site we will assume that you are happy with it.Ok