The third name on this list is Scottish fullback, Anthony Ralston. It is hard to believe that a few months back, there were doubts about Anthony Ralston’s future at Celtic. He had failed to impress during his time at the club and had not stood out during his spells away on loan either. Thus, most believed that it was only a matter of time before he would be headed out.

At the start of the season, Ralston was the only recognized right-back at the club, which led to him getting a run of games early on under the management of Ange Postecoglou. It is safe to say that he grabbed the chance with both his hands. Ralston has been one of Celtic’s best players this season and a regular in Postecoglou’s side despite facing competition from Croatian international, Josip Juranovic. 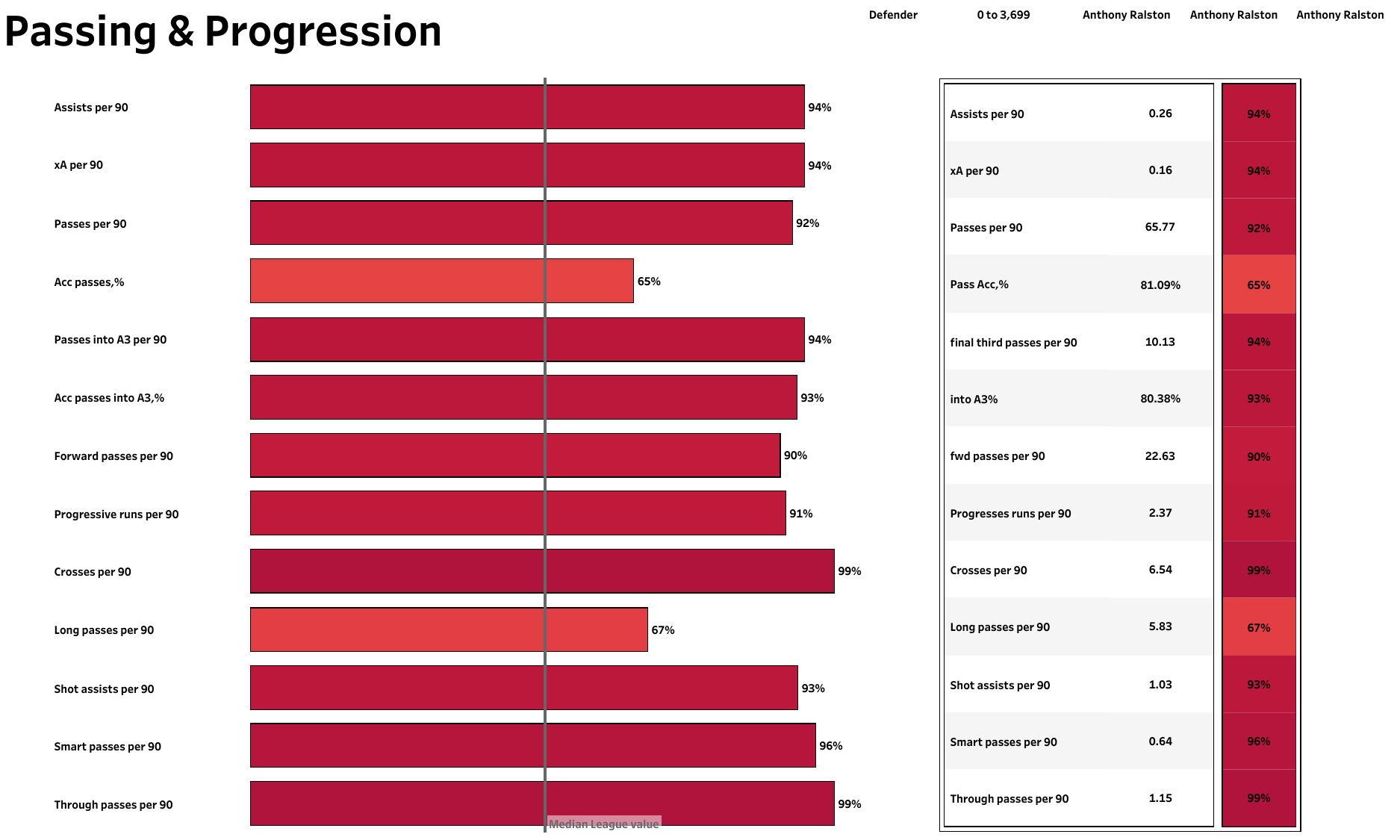 Anthony Ralston is one of the highest goal-contributing defenders in the Scottish Premiership. Ralston has made nine goal contributions so far, which includes four goals and five assists in 16 Premiership appearances this season. Ralston is naturally a right-back, but the threat that he creates on the opposition’s defense when he moves into the final third of the pitch is his biggest strength. Ralston has been brilliant offensively, and the stats above indicate the same. All of his passing and progression metrics are way better than the median league value and he is the number one at a number of these stats. 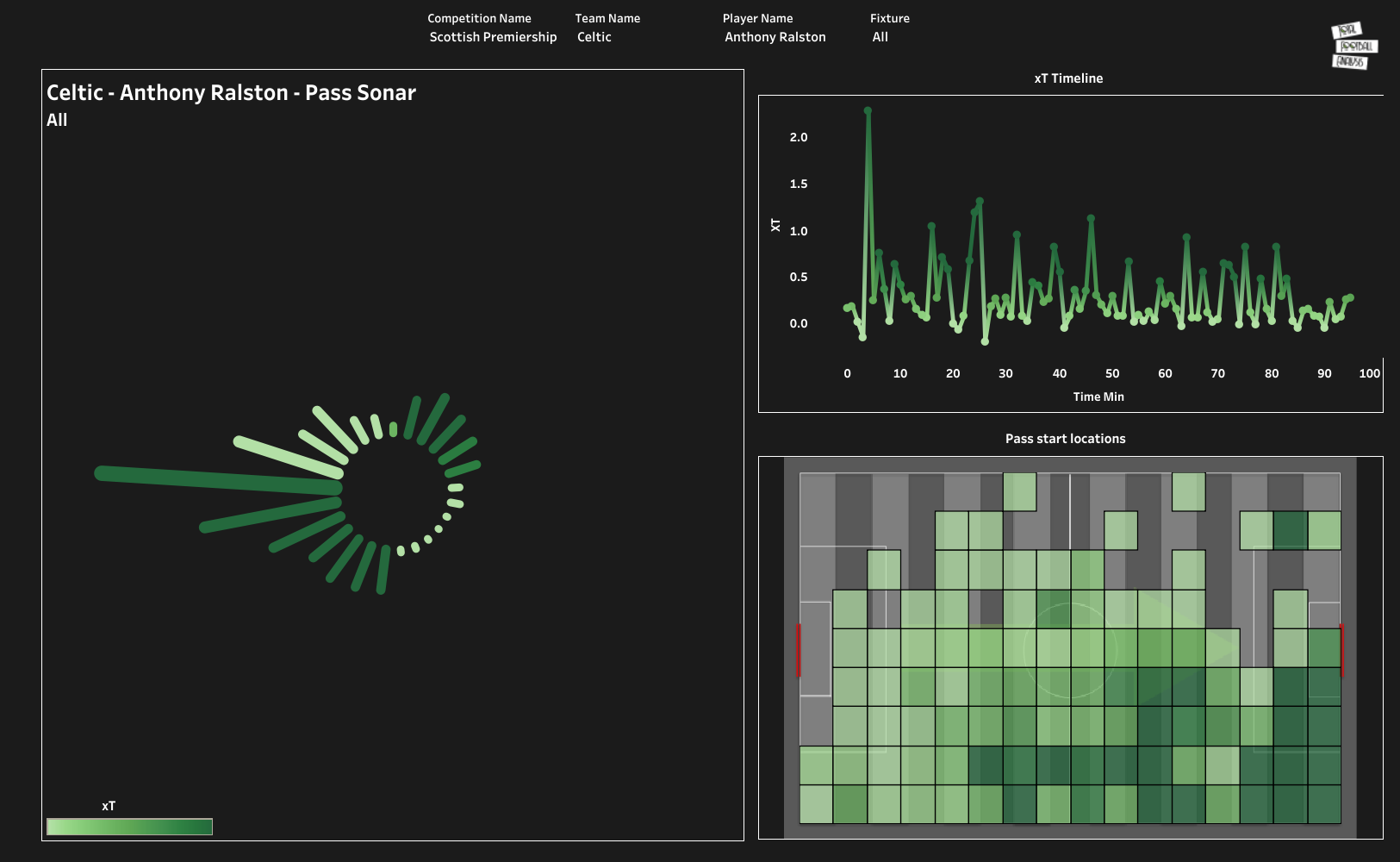 Ralston’s pass sonar shows that he has attempted a lot of sideways passes towards the left, and the most passes have been towards the right-sided forward player. The passes by Ralston into the 6-yard box have created the highest expected threat rate, where he averages 22.63 forward passes and 6.54 crosses per 90 and has delivered a lot of passes into the opposition’s penalty box. The xT timeline shows that Ralston averages an xT value of 0.8 throughout the game.

Ralston has been a part of the senior squad for a while, having made his debut back in 2016, and he is still just 23 years of age, which indicates that there is a lot of scope for further improvement. Ralston must be absolutely delighted with the campaign that he is having and will be looking to display such brilliant performances going forward into the second half of the season.

Under the microscope: How Nir Bitton has become a regular starter for Ange

Under the microscope: How Nir Bitton has become a regular starter...

Under the microscope: Three star performers for Celtic so far

Postecoglou aiming for new Celtic acquisitons with one player set to...

We use cookies to ensure that we give you the best experience on our website. If you continue to use this site we will assume that you are happy with it.Ok