Celtic have made a superb start to the January transfer window. They were swift to announce the signings of Daizen Maeda, Reo Hatate and Yosuke Ideguchi. Since then, Johnny Kenny has been brought in from Sligo Rovers as well. On the other hand, the club have sent Liam Shaw out on loan to Motherwell while Ewan Henderson has joined Hibernian on loan, although the move is set to become permanent in the summer.

While Kenny is not expected to make an immediate impact, the Japanese trio very much looks like signings that Ange Postecoglou has first-team plans for. Thus, it will be interesting to see how the new signings adjust to their new surroundings and teammates.

Turnbull had played continuous football this season and ended up suffering an injury in the Scottish League Cup final against Hibernian. He is expected to be out of action for a while. 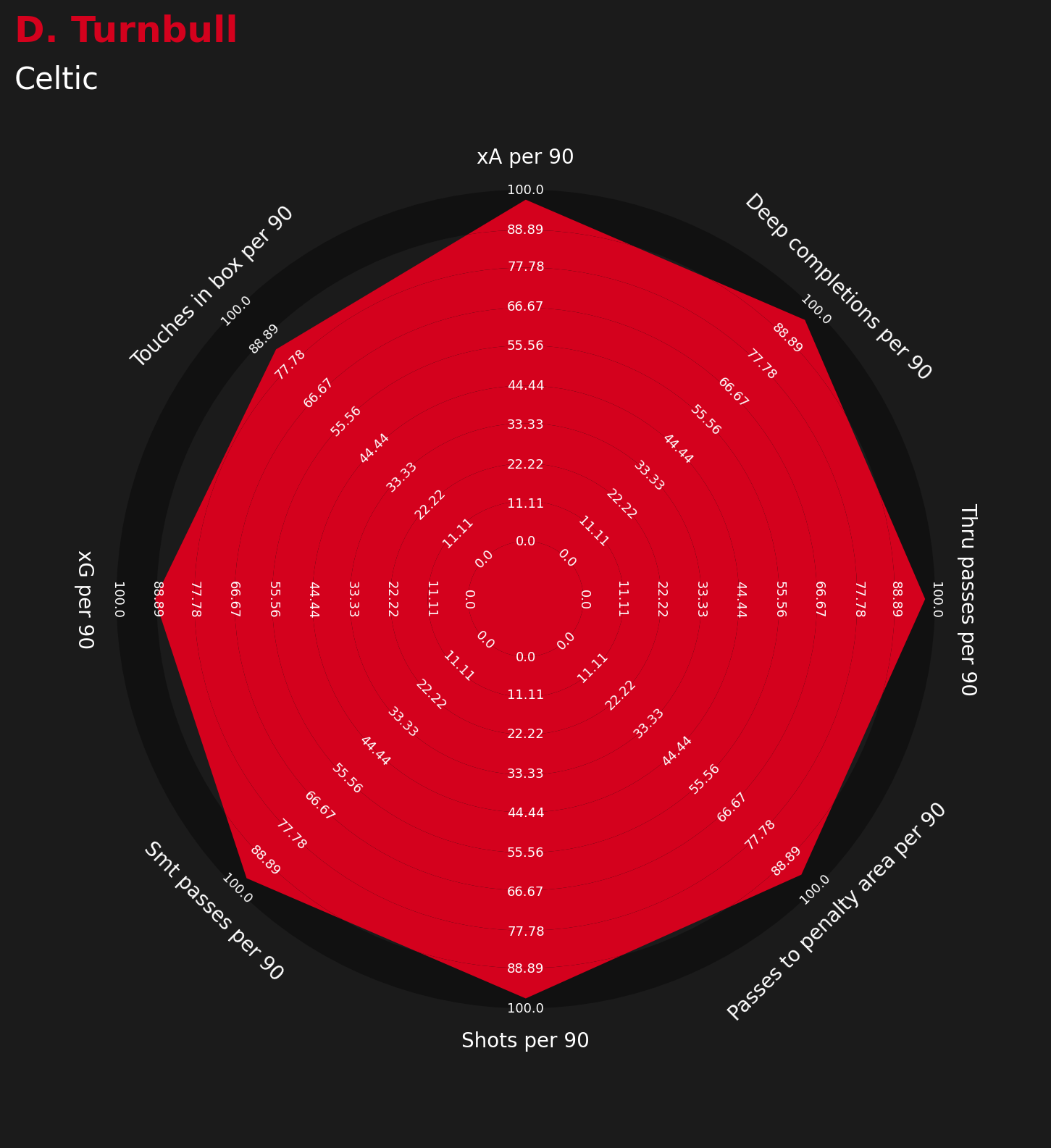 The above radar indicates how impressive Turnbull has been this season for Celtic. He ranks highly for all of the stats mentioned above and has been Celtic’s biggest goal contributor this season. It is very unlucky for him to sustain an injury at this time when he was in his best form. He is going to be out of the squad till March, which will give Hatate enough time to cement his place in the starting XI. It is tough to say whether Turnbull will come back into the squad with the same form.

This could be a blow for Turnbull. While he might have played a tremendous amount of football this season, questions were raised about his form multiple times. Hatate could replace him in the lineup if he can perform in Scottish football, with both Callum McGregor and Tom Rogic on top form.