When club football returns after the international break, Celtic are set to face the Rangers in one of the most important Glasgow Derbies in a long time. The two remaining league games between the two sides could very well end up deciding the fate of the trophy. Both teams are in decent form at the moment. While Celtic have shined in domestic competitions, the Rangers have had a good run in Europe this season, even getting past Borussia Dortmund in the knockout phase of the Europa League.

Hatate had one of the greatest Glasgow Derby debut performances earlier this year when he scored twice and assisted the other one in Celtic’s 3-0 win over the Rangers at Parkhead. It was a huge display from the Japanese star, and it put Celtic in the driver’s seat in the Scottish Premiership title race. Since then, Hatate has been a regular in the starting lineup for his manager alongside Callum McGregor. Tom Rogic has usually been the third midfielder for Ange in his 4-3-3 setup, but the midfielder came off against Ross County with an injury and also backed out from international duty for Australia. The situation is far from ideal for Celtic, as Rogic has been a very important player for the club this season, and missing him would be a huge blow to their chances against the Rangers. If at all Rogic is not fit enough for the game against Rangers, Celtic do have a couple of choices to choose from in the midfield department. 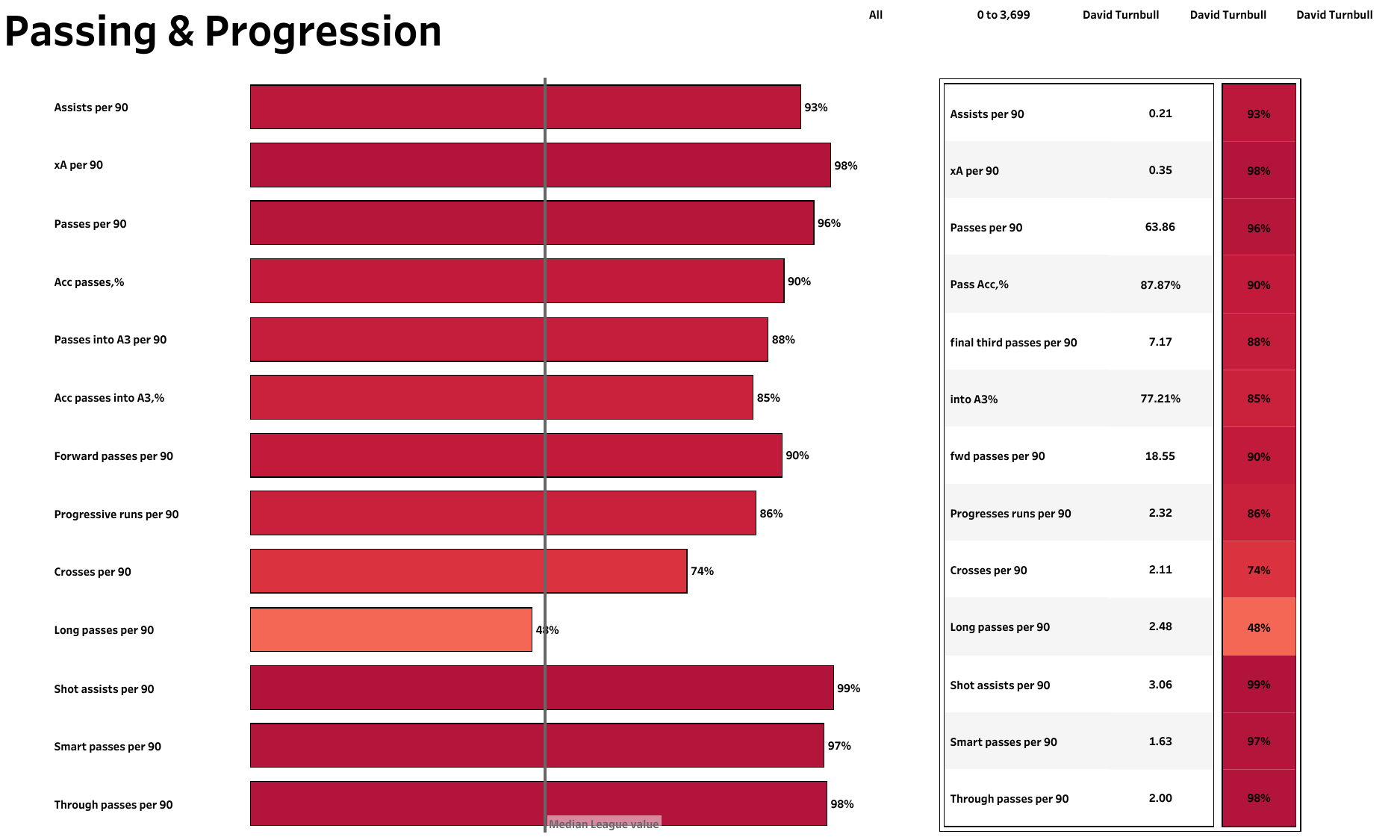 David Turnbull is now fit, and he will be vying for a spot next to Callum McGregor and Reo Hatate. David Turnbull can score goals from outside the box when Celtic struggle to break teams down. He had an amazing start to the season with nine goal contributions. He has attempted 63.86 passes per 90 minutes and also has a pass accuracy of 87%. He has 3.06 shot assists per 90 minutes and is most effective behind the attacker’s line. Turnbull is more of an attacking midfielder, and his playing style will be kind of similar to Hatate in the final third. 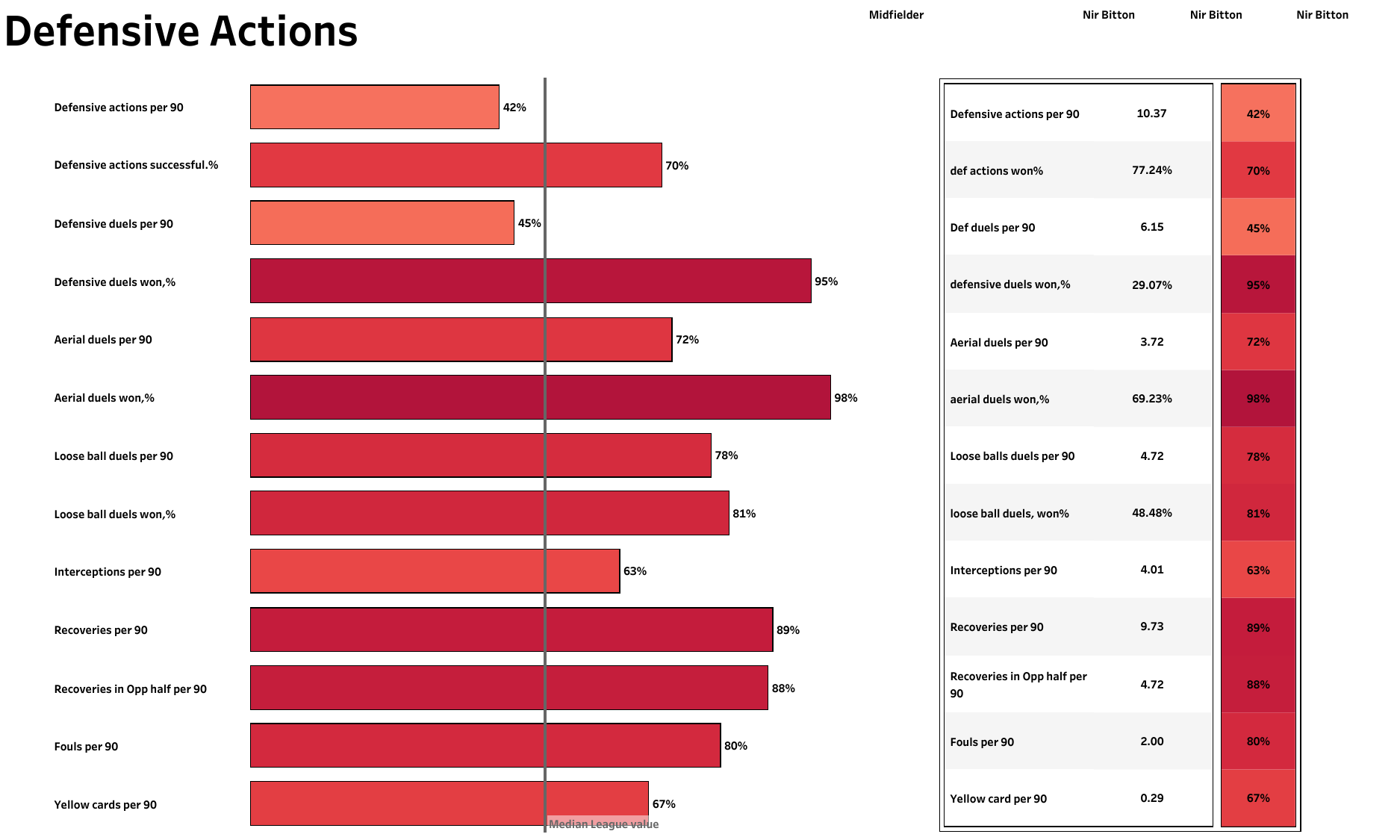 The other option Ange has in the midfield is Nir Bitton. Some have suggested Bitton should play in the holding role, enabling McGregor to play further forward, and play Hatate as a number 10. Bitton is an excellent defensive midfielder and acts as the perfect shield to his defense. He has won 77% of his total defensive actions and also wins the majority of his aerial duels. With Bitton in the midfield, Celtic can push forward as he can hold off the opposition counterattacks. 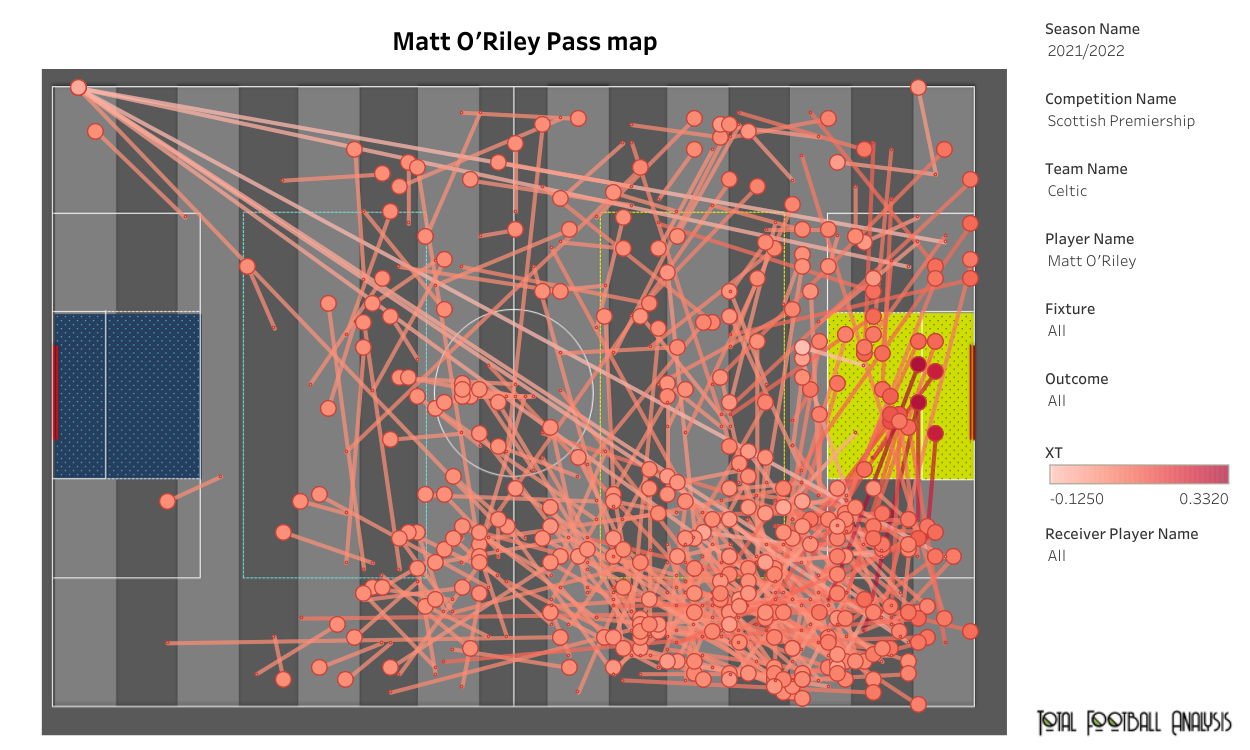 Matt O’Riley is the best option for Ange as the third midfielder alongside Hatate and McGregor. Hatate balances well on the left with O’Riley’s natural tendencies to play on the right. O’Riley also links up well with Juranovic, along with the right-winger, and it is noticeable that Celtic are more threatening from the right when they have O’Riley on the pitch. As seen in the above visual, O’Riley has played the majority of his passes on the right flank and has also put in some great balls into the penalty area, which has generated a high xT. He has attempted 48 passes per 90 minutes and has completed 83% of his passes.

Considering the playing style of McGregor and Hatate, O’Riley might just be the ideal player to feature alongside them. Postecoglou will want his best XI on the pitch for their game against the Rangers as it is the most important game of the season.