Celtic stormed to their 52nd overall Scottish league title in 2021-22 under the guidance of the Greek-born Australian manager, Ange Postecoglou. The 56-year-old worked in Japan before joining the Scottish giants. Using his Japanese experience, he signed Daizen Maeda from his previous club. Yokohama F. Marinos and the 24-year-old Japanese winger made useful contributions and hit the ground running in his first six months. He helped the Hoops lift the Scottish Premiership title ahead of their bitter Old Firm rivals, Rangers. In this article, we will analyse why Celtic made the right call in signing the Japanese winger on a permanent basis.

Maeda played 16 games for Celtic in this season of the Scottish Premiership after joining them on loan. Of these 16 matches, 14 were starts, and he played for 1,171 minutes. During his time on the pitch, he scored six goals or one every 195 minutes, translating to roughly 0.44 goals per 90. He slightly overperformed his xG of 0.43 per 90. The Japanese fired off 2.36 shots per 90. His 1.18 headed shots per 90 put him in the top 2% for forwards despite being only 173 cm tall. He shot just under 41% of his attempts on target and took 5.9 touches in the opposition’s penalty area per 90. 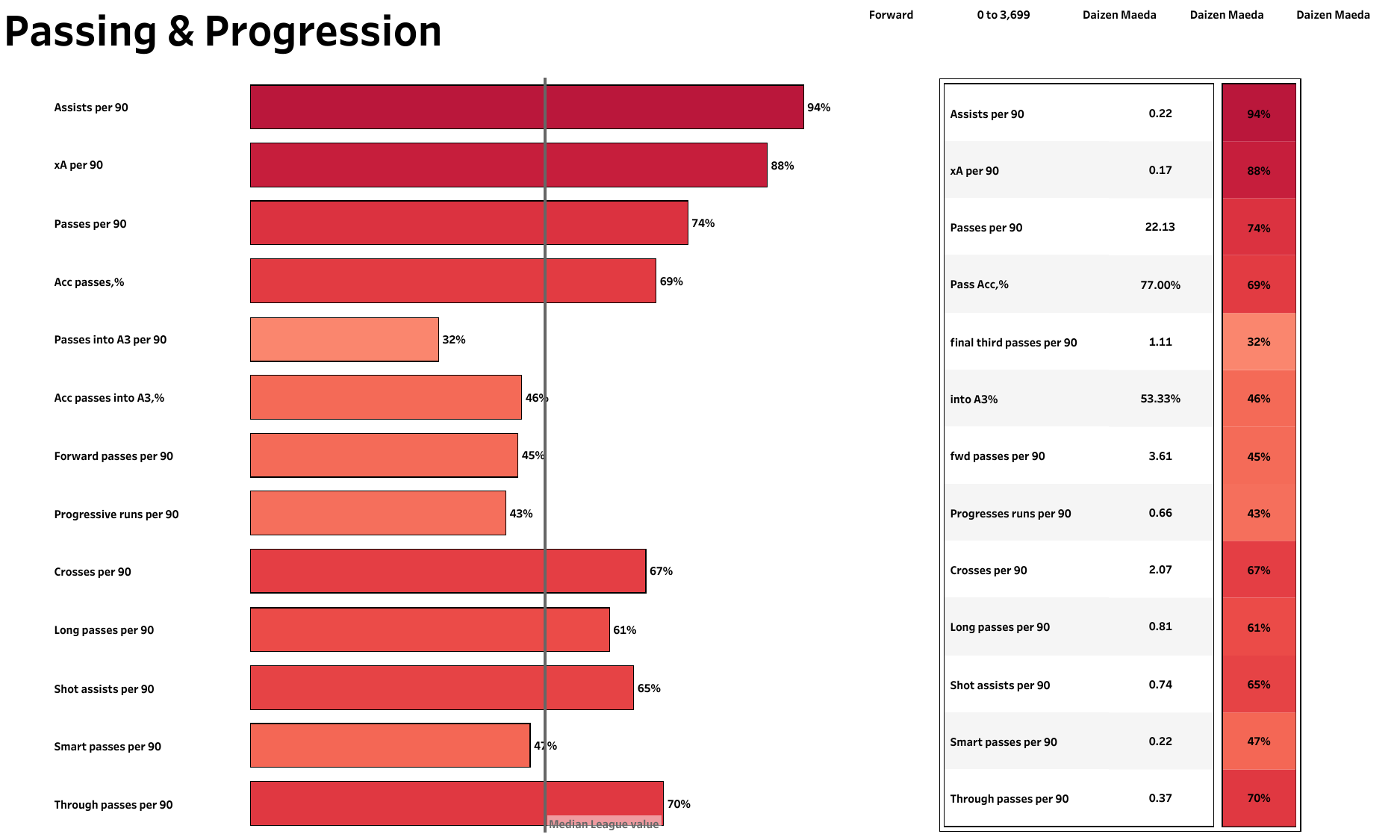 In addition to his six goals, Maeda provided five assists for Celtic in the season just gone by, meaning he was involved in a goal every 106 minutes. He generated assists at a rate of 0.22 assists per 90, overperforming on his xA per 90 of 0.17. Maeda had considerable involvement in Celtic’s build-up play, averaging 22 pass attempts per 90 at an accuracy of 77%. The Japanese winger completed just over two crosses per 90, putting him in the upper third for forwards in this category.

Shown above is the shot map of Daizen Maeda. All of his six goals came from inside the box. In fact, Maeda took only one shot from outside the box. The Japanese winger took 32 shots and hit 12 of them on target. His conversion rate stood at 5.33 shots per goal scored and two shots on target per goal scored. 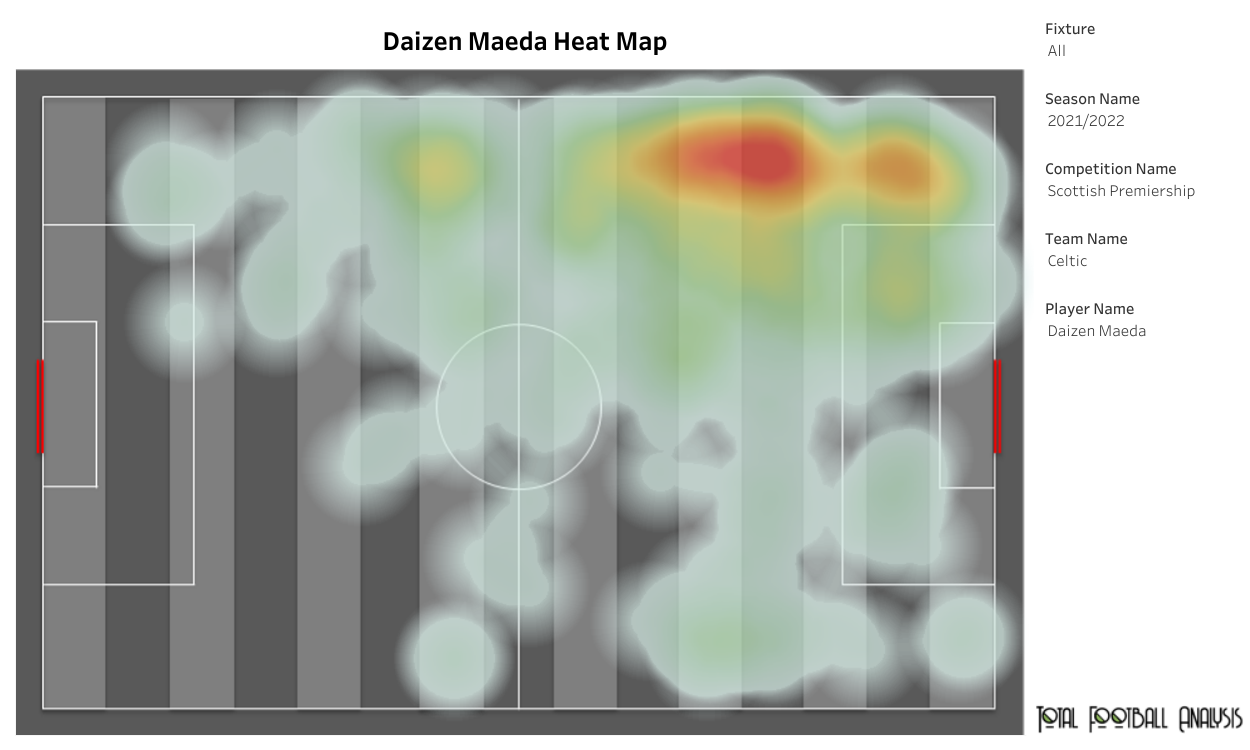 In the heat map shown above, we can see that Daizen Maeda operated as a left-winger in the second half of the 2021-22 season. He completed 24 crosses into the opposition’s penalty area. He also regularly cut inside to allow the left-back to make the overlapping runs from deep.

Daizen Maeda adapted to football in Europe like a duck takes to water. With a goal involvement every 106 minutes, Celtic have been convinced to sign the Japanese winger on a permanent basis. At €1.53 million, it already looks like a steal.

Under the microscope: Cameron Carter-Vickers’ season on loan at Celtic