Celtic regained the Scottish Premiership title last season under the tutelage of the Greek-born Australian head coach, Ange Postecoglou. They finished the campaign with 93 points and a goal difference of +70 (92 goals scored and 22 conceded). Four men reached double digits in goals scored – Giakoumakis, Furuhashi, Jota and Abada – but none of them exceeded 13 for the season. Ahead of the start of the season, which will see the Hoops compete in the UEFA Champions League group stages for the first time since the 2017-18 season, the team will need a proven goalscorer who can get at least 15 goals in all competitions. One such option is Aston Villa’s Danny Ings. 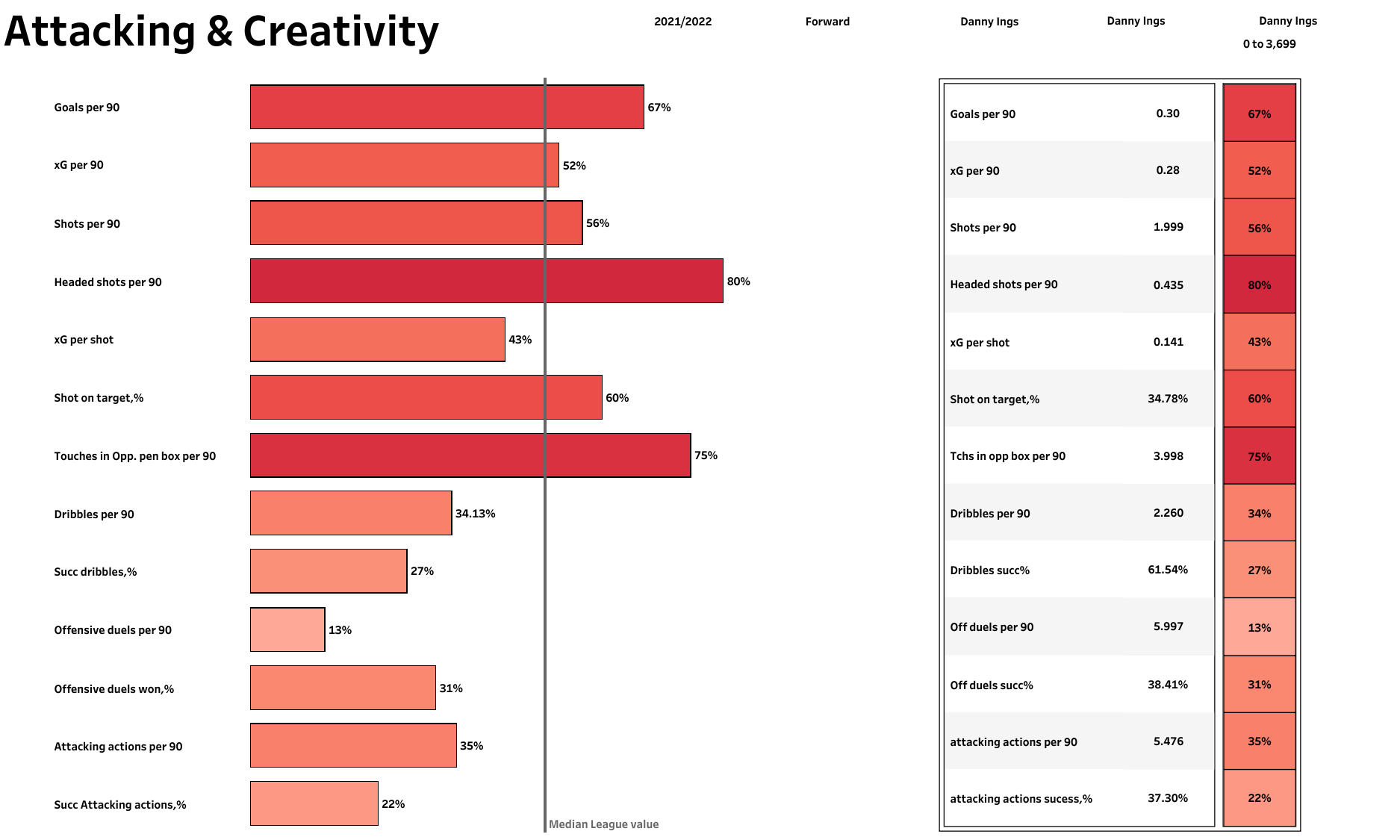 Ings played in 30 games for Aston Villa last season in the Premier League. He was there on the pitch for just over 1,900 minutes, during which he scored seven goals. He slightly outperformed his xG per 90 of 0.28 by scoring at a rate of 0.3 per 90. He attempted two shots per 90, of which 0.435 came from the head, the latter placing him in the top 20% among forwards. He registered four touches in the oppositions’ penalty area per 90, putting him in the upper quartile. He was involved in only six offensive duels per 90 and 5.48 attacking actions per 90, both of which rank him in the bottom half by a wide margin. 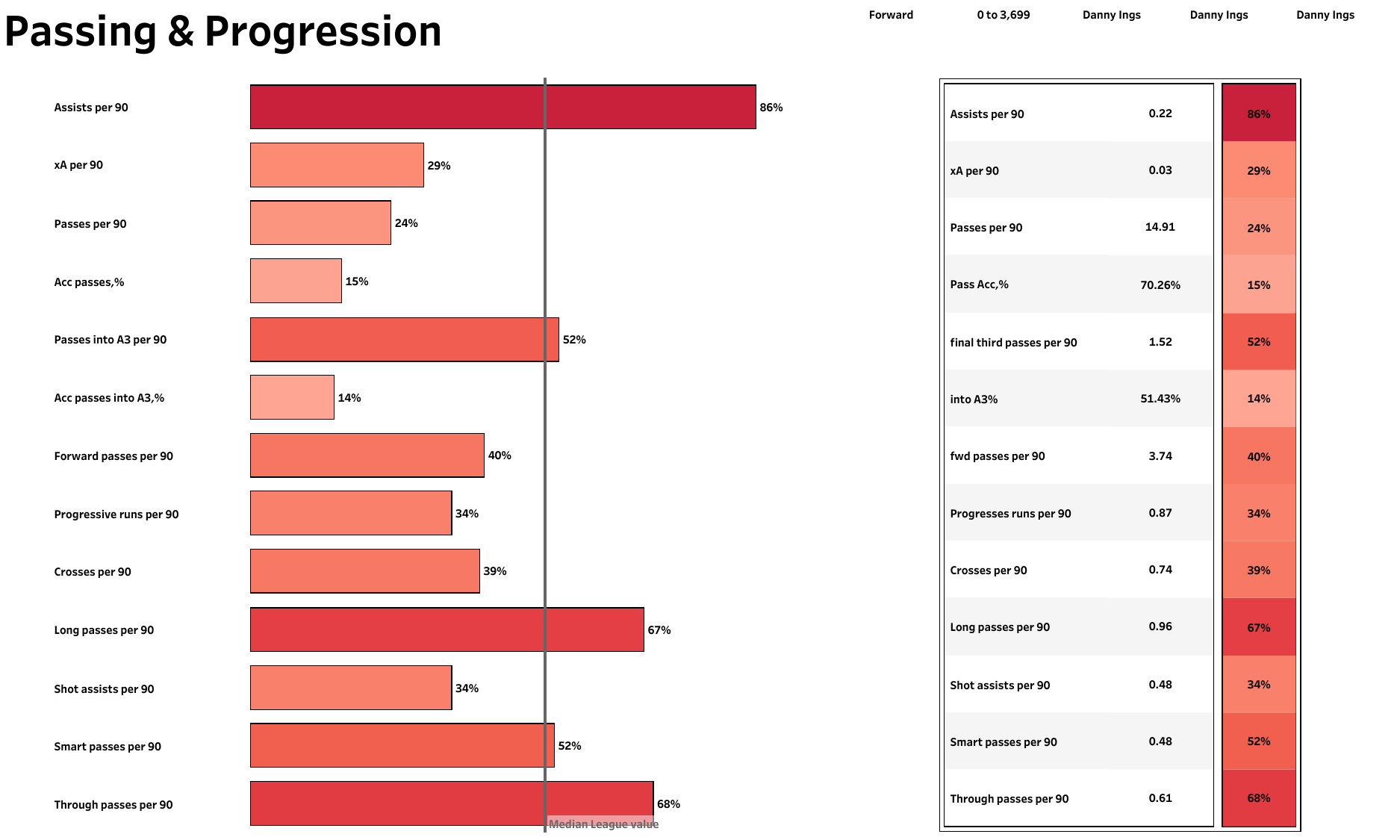 In addition to his seven goals, Ings registered six assists, meaning he had a goal involvement every 146 minutes. His rate of assists (0.22 per 90) was far higher than his xA per 90 (0.03 per 90). He was barely involved in build-up play as he averaged a measly 15 pass attempts per 90 at an atrocious pass accuracy of 70%. It gets even worse when it comes to progressing the ball, as he misplaced at least half of his passes into the final third. He made less than one progressive run per 90 and one cross per 90. In fact, the only two categories where he performed reasonably above average were long passes per 90 and through balls per 90, where he ranked in the upper third. 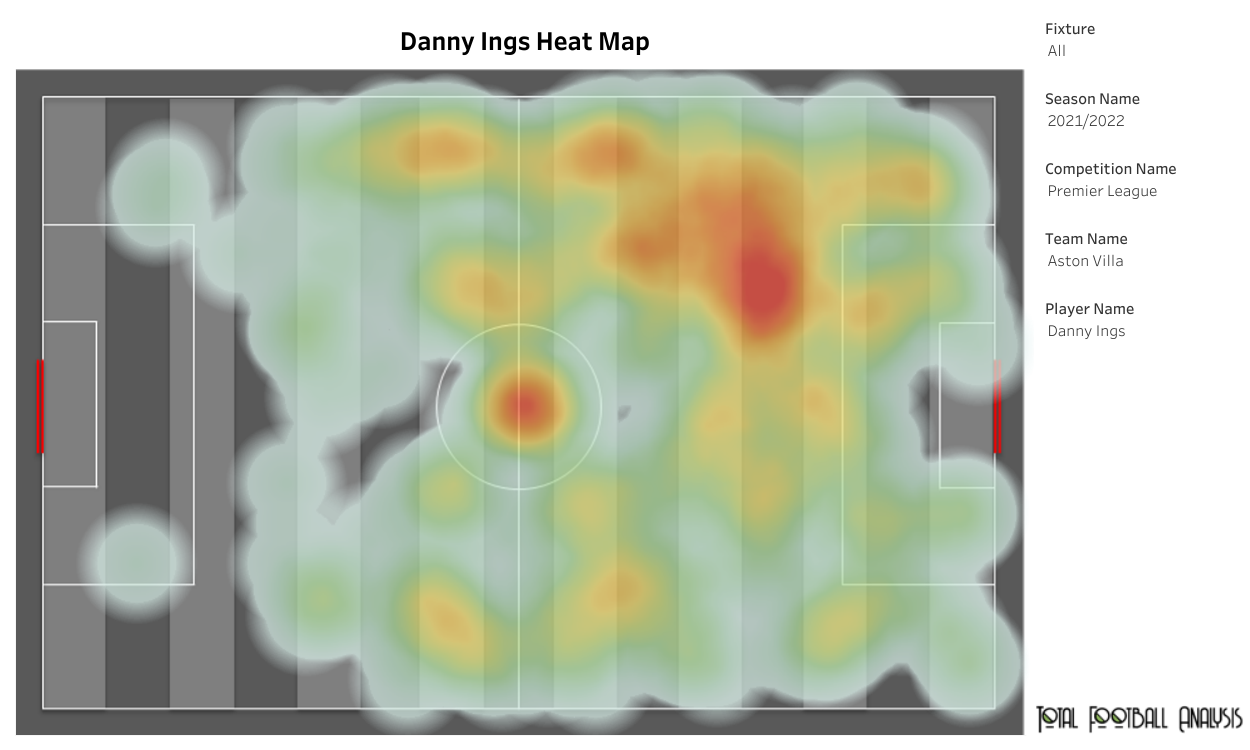 Ings played as a pure centre-forward in the pitch as he was most involved and influential in the attacking third and in the opponents’ penalty area. He occasionally drifted to the left to make room for the left winger to cut inside and create threat. He received 5.55 progressive passes per 90 and made nearly two progressive carries per 90, the former ranking him in the top six players at Aston Villa. 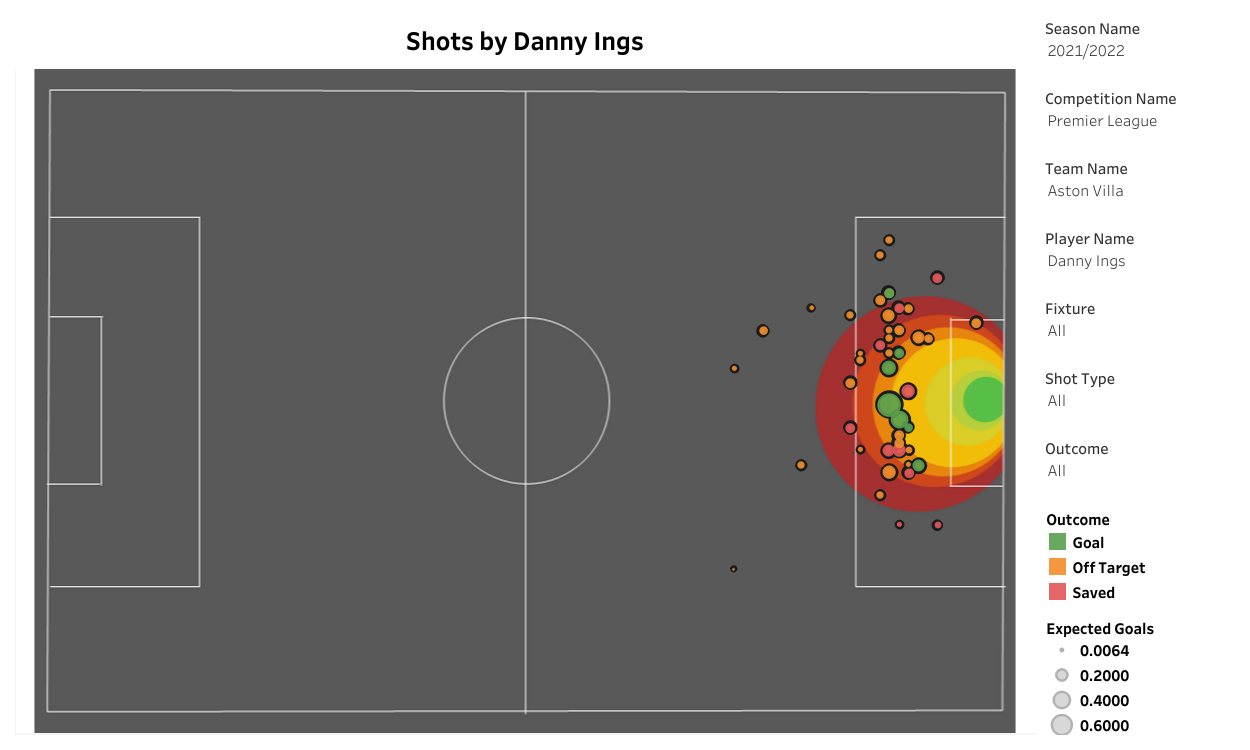 When Danny Ings arrived at Aston Villa from Southampton in the summer transfer window of 2021, expectations were quite high from the Villa fans. While he has not been a complete failure, he disappointed at the Villa Park as they finished 14th in the Premier League. While a move to Celtic looks nice, in reality, the Birmingham-based team might not be ready to let go of the former Liverpool man.