Celtic clinched their 52nd Scottish Premiership title last season under the stewardship of Greek-born Australian coach, Ange Postecoglou. The team scored 92 goals and let in just 22. This summer, the Hoops have strengthened their attack and defence, signing Jota, Daizen Maeda and Cameron Carter-Vickers in addition to signing Argentine left-back, Alexandro Bernabei from Club Atletico Lanus, a club based in Buenos Aires. However, Celtic are yet to reinforce their midfield. They are planning to do just that by trying to sign St. Mirren’s teenage midfielder, Dylan Reid. 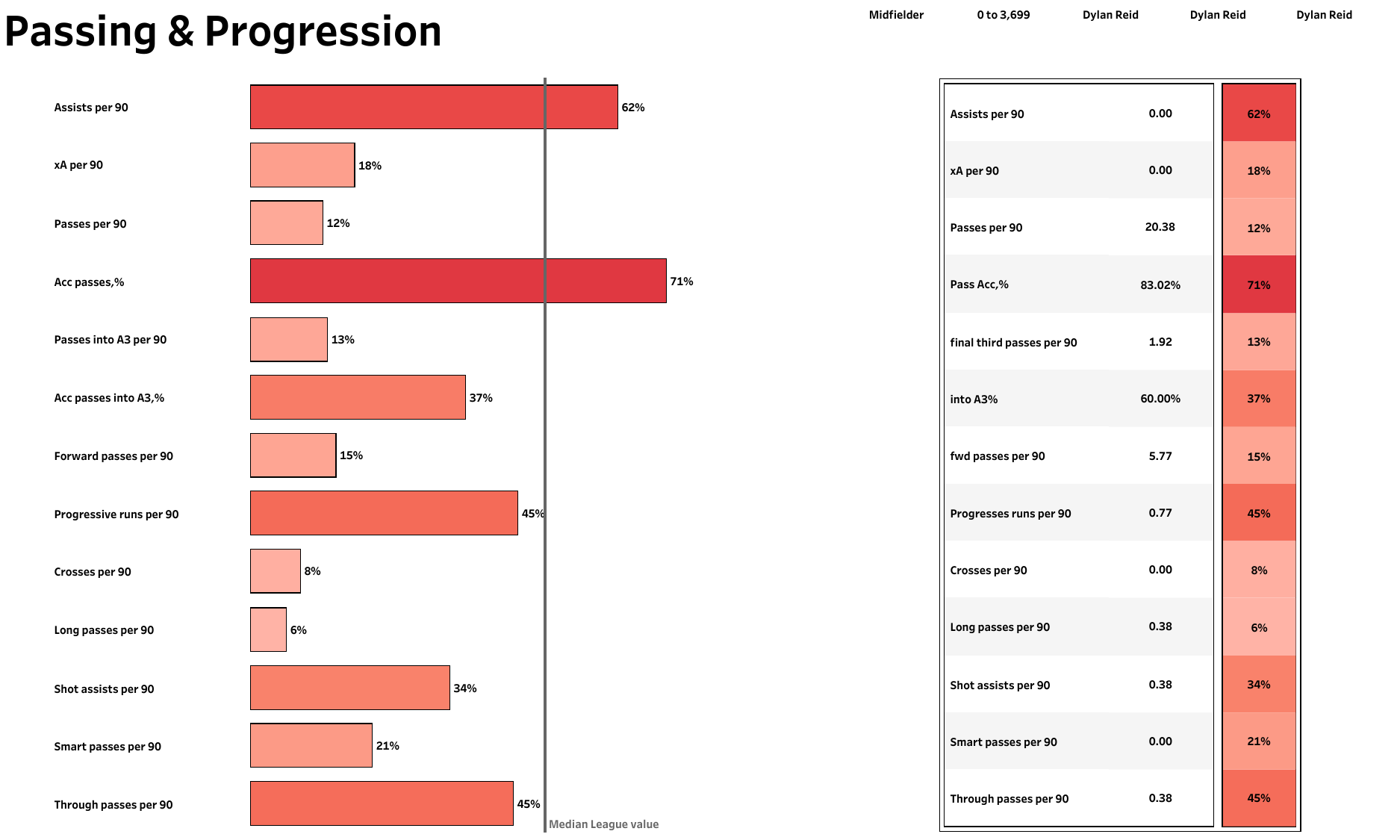 Reid played only three games for St. Mirren last season in the Scottish Premiership before being loaned out to Queens Park FC in Scottish League One. During his limited game-time of 226 minutes for the Buddies, he attempted only over 20 passes per 90. But the Scotsman registered a pass accuracy of 83.02%, which ranked him in the top 30% among midfielders. He attempted less than two balls into the attacking third per 90 and completed three-fifths of these. He made 0.77 progressive runs per 90, which ranked him just below the median league value for midfielders. 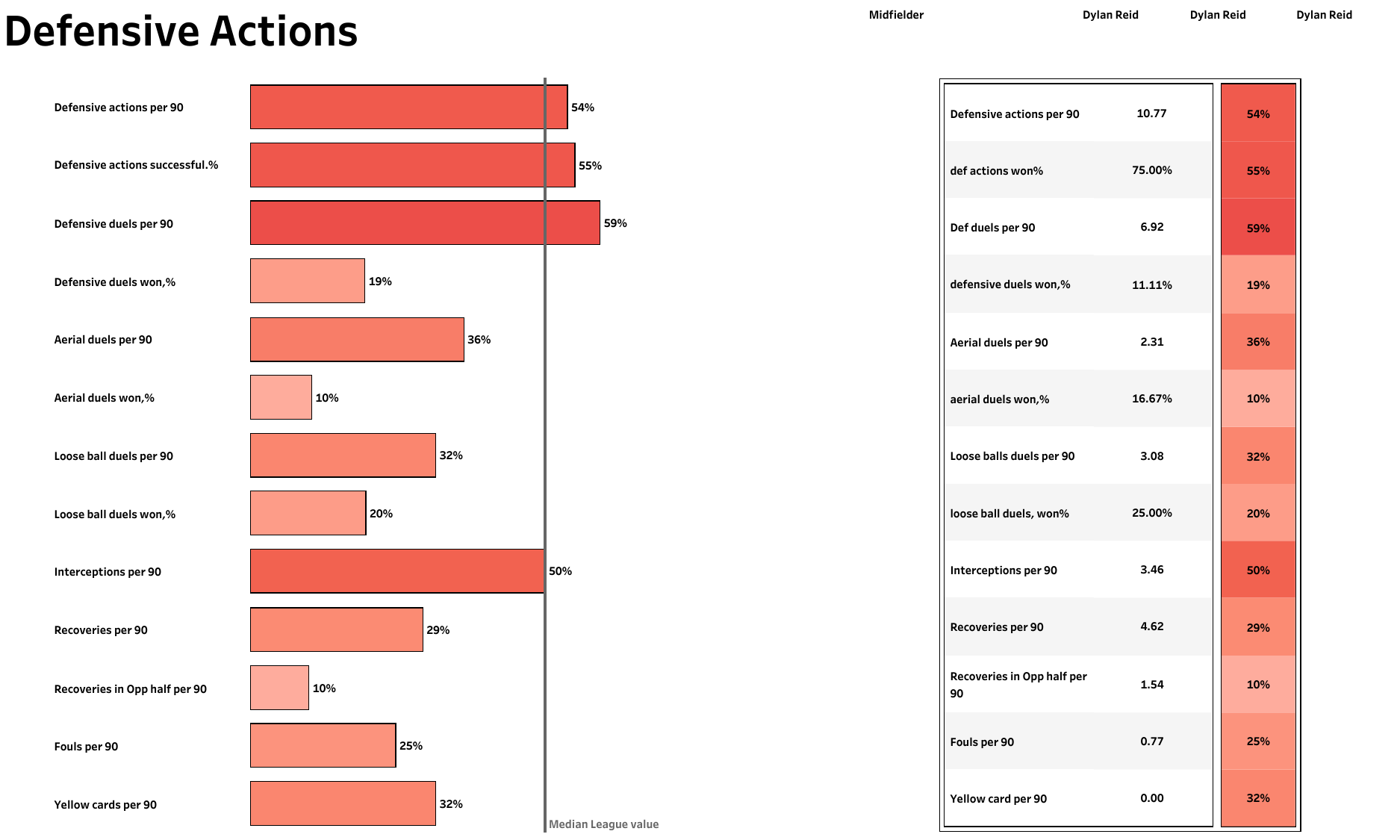 Reid attempted over 10 defensive actions per 90 in his limited time on the pitch and was victorious in three-fourths of them. He also contested in almost seven defensive duels per 90, though his success rate of 11.11% left a lot to be desired. He won only one-sixth of his aerial duels. Similarly, he could win only a quarter of his loose ball battles. The teenager made 3.46 interceptions per 90, which was exactly the median league value. He also made 4.62 recoveries per 90. 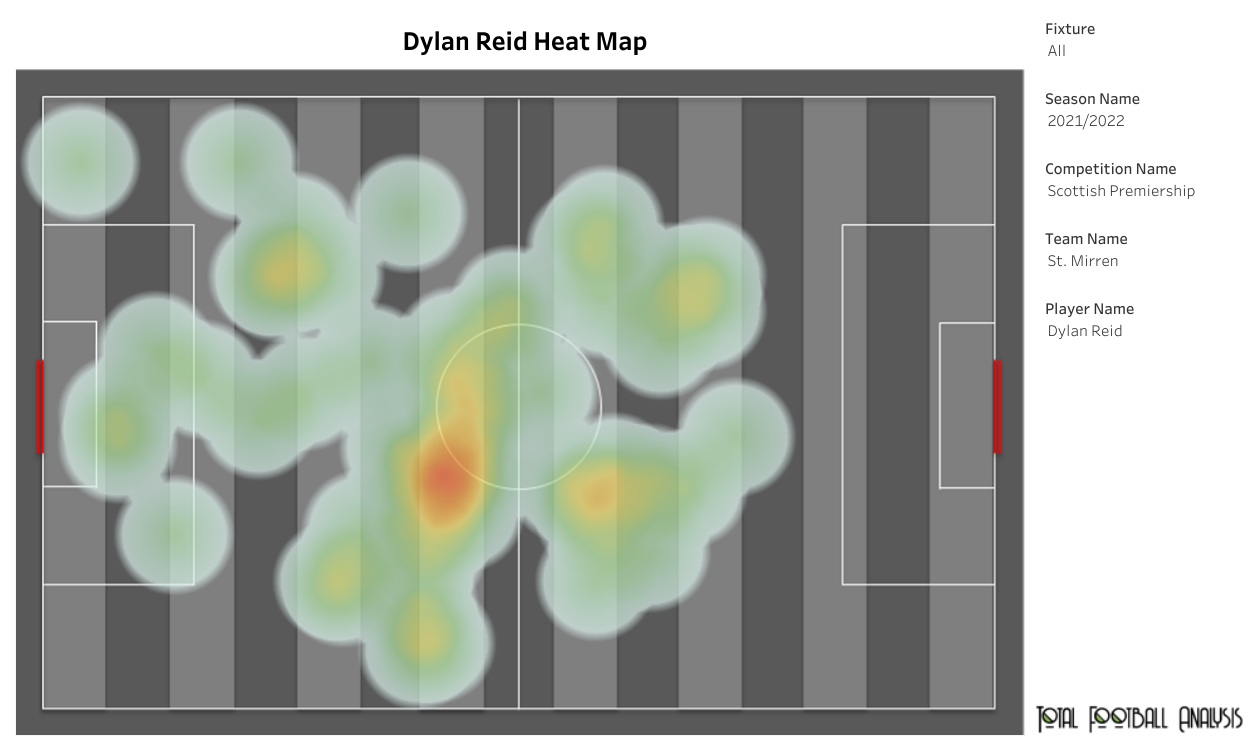 In his limited game-time, Reid was mostly occupying the centre of the park. As a defensive midfielder, he sat on and operated from the base of the midfield. He rarely ventured forward, let alone near and into the opponents’ penalty box. He had a reliable temperament as he committed just 0.77 fouls per 90. 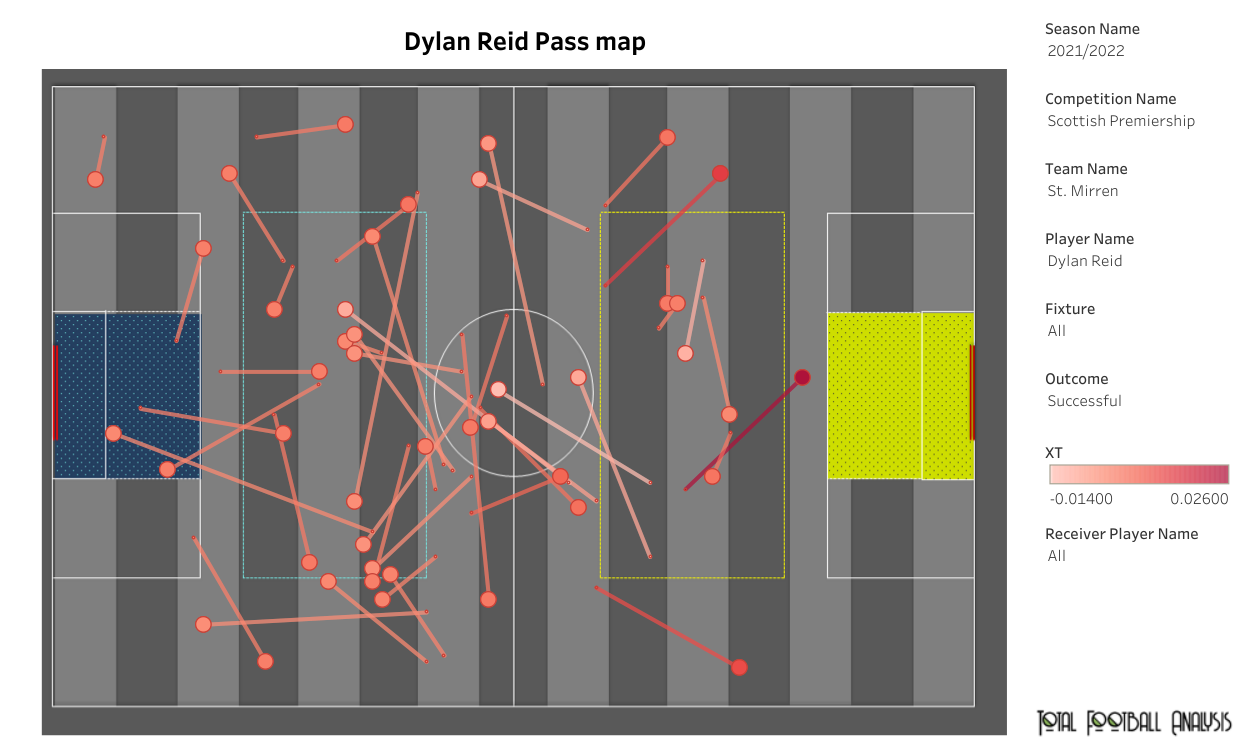 Reid kept it very simple with his passes and rarely took risks, completing less than five passes into the attacking third and none into the opposition’s penalty area. Most of his passes went either sideways and/or backwards because his role with the ball at his feet was to play it safe and not launch risky passes. He ranked in the bottom 15% for forward passes played among midfielders.

At 17, Dylan Reid is still very raw in terms of talent and experience. A move to Celtic at this stage of his career would do far more harm than good. Moreover, the Hoops already have a competent midfield with only two players aged 31 or above and do not need him as much as St. Mirren.