Having clinched their 9th Scottish Premiership title in 10 seasons, Celtic look very much settled under the tutelage of Greek-born Australian head coach, Ange Postecoglou. They have a very solid defensive pairing of Cameron Carter-Vickers and Carl Starfelt, which conceded just 22 goals in the season. While the former has firmly cemented his place in the starting XI, there are many Hoops fans that feel Starfelt needs competition for his place in the line-up, and that man could be in the form of Hull City defender, Jacob Greaves. 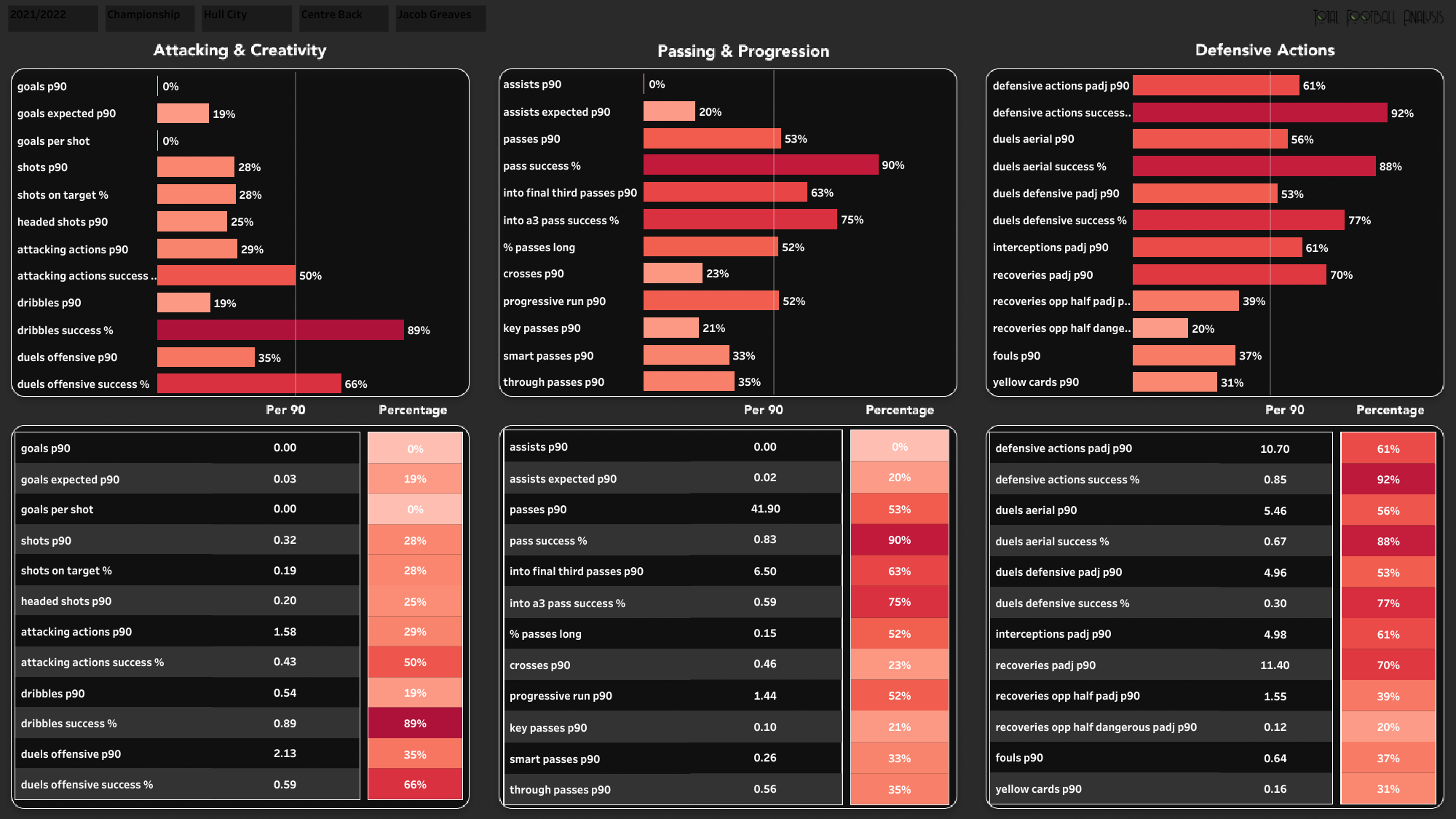 Greaves played in every minute of every match in Hull City’s 2021-22 EFL Championship season. He did not score a goal or provide an assist, but he was a fairly dependable passer for the Tigers. He may have attempted only 42 passes per 90, but his pass accuracy of 83% put him in the upper decile for defenders. He also tried to progress the ball from time to time, with six and a half passes into the final third per 90. Almost 60% of his passes found a teammate in the attacking third. 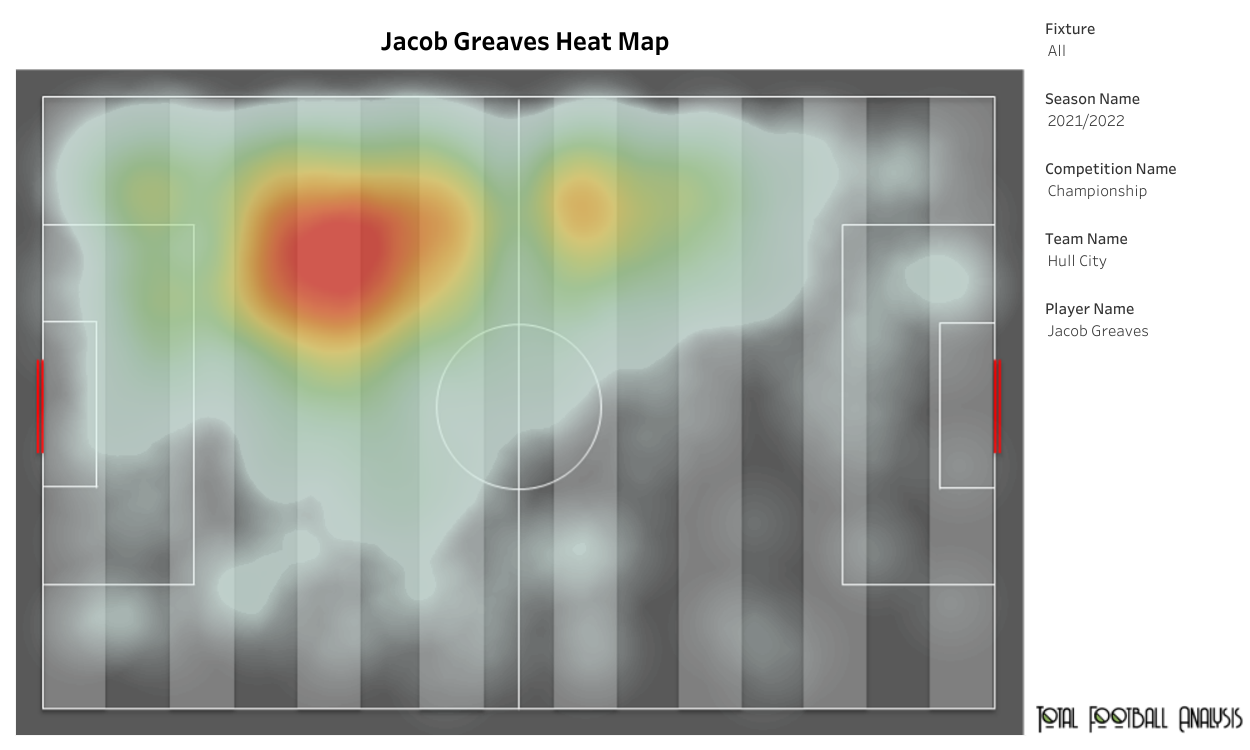 As a left-sided centre-back, Greaves was mostly active in the area between his penalty box and the midfield. He provided cover for the left back whenever the latter made advancing and overlapping runs into the final third and even inside the pitch. Even though he ventured on a few occasions into the middle third, he opted to stay back and be an extra layer of protection in the defence. 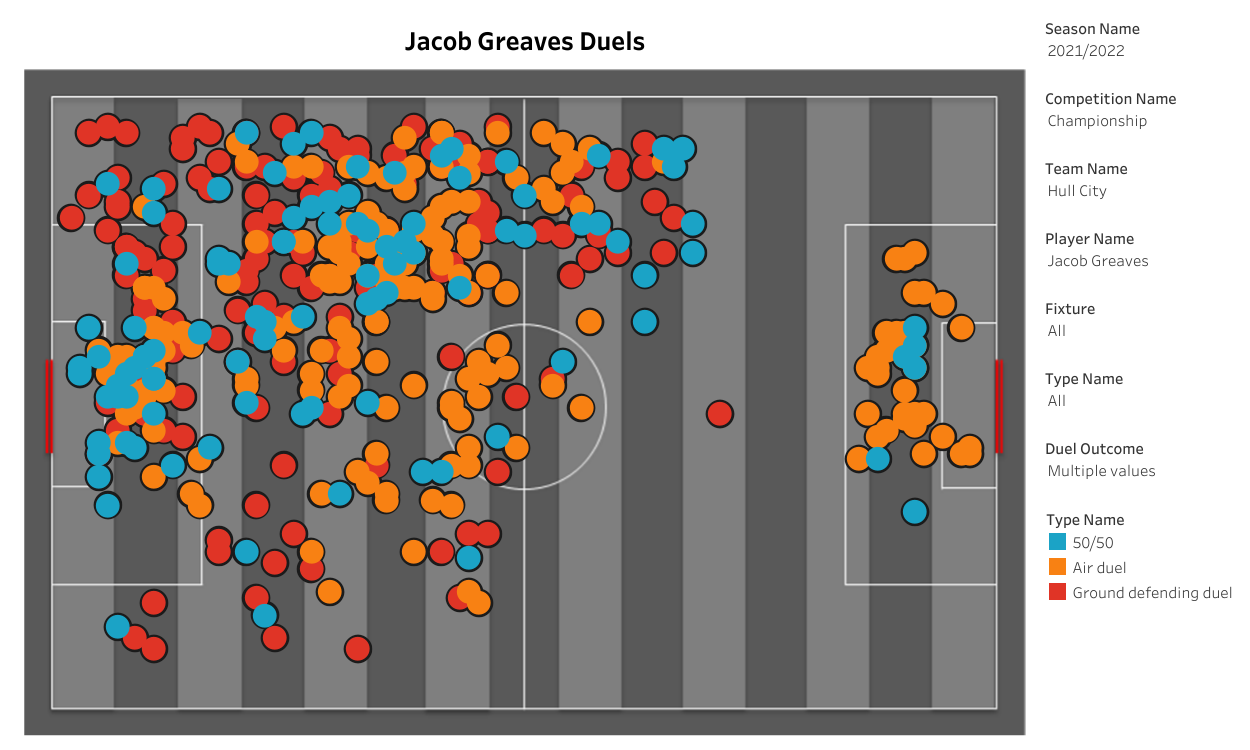 Greaves was an extremely reliable defender for the Tigers. The Englishman put in over 10 defensive actions per 90 when adjusted for possession (PADJ). His success rate was 85%, which put him in the top 8% for defenders. His tall frame of 191 cm helped him win 67% of his aerial duels out of the 5.46 battles per 90 he fought. He made nearly five interceptions per 90 and over 11 recoveries per 90 PADJ. 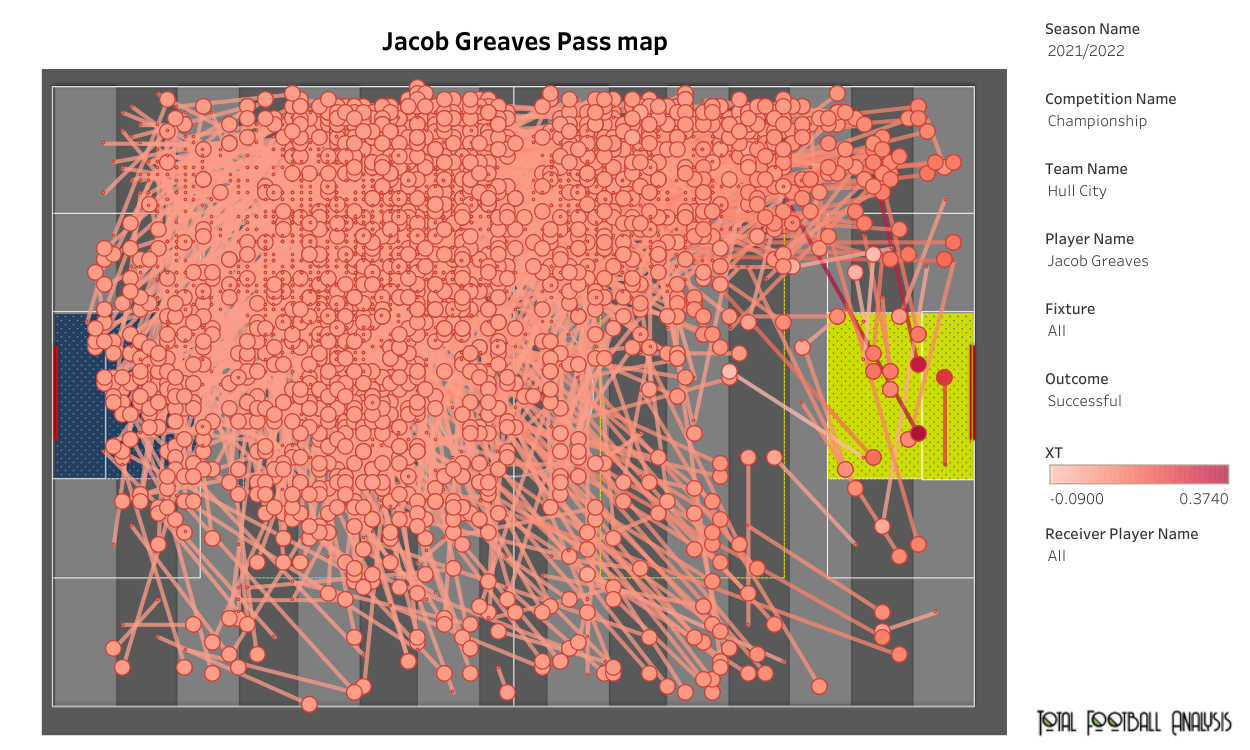 Greaves may have been a reliable passer but it was his ball-carrying ability that stood out the most. He may have attempted only just over 0.5 dribbles per 90, but his success rate of 89% ranked him in the top 11% among defenders. With a 59% success rate in offensive duels contested, he was placed in the upper third for defenders.

Jacob Greaves was one of the more important players for Hull City in the EFL Championship last season as it was their defensive record that kept them from being relegated. While Celtic have a strong centre-back pairing, they could also do with competition for the position.