When Josip Juranovic signed for Celtic in the summer of 2021, many felt that he would take time to adjust to the Scottish game. However, he adapted to life quickly at Celtic Park and easily fit in with Ange Postecoglou’s system. In fact, he impressed so much as to garner interest from the other elite clubs in Europe, most notably Atletico Madrid. Should the Croatian leave Celtic, the Hoops will need to bring in a replacement. One such man who could replace him at right-back is Sheffield United’s Jayden Bogle. 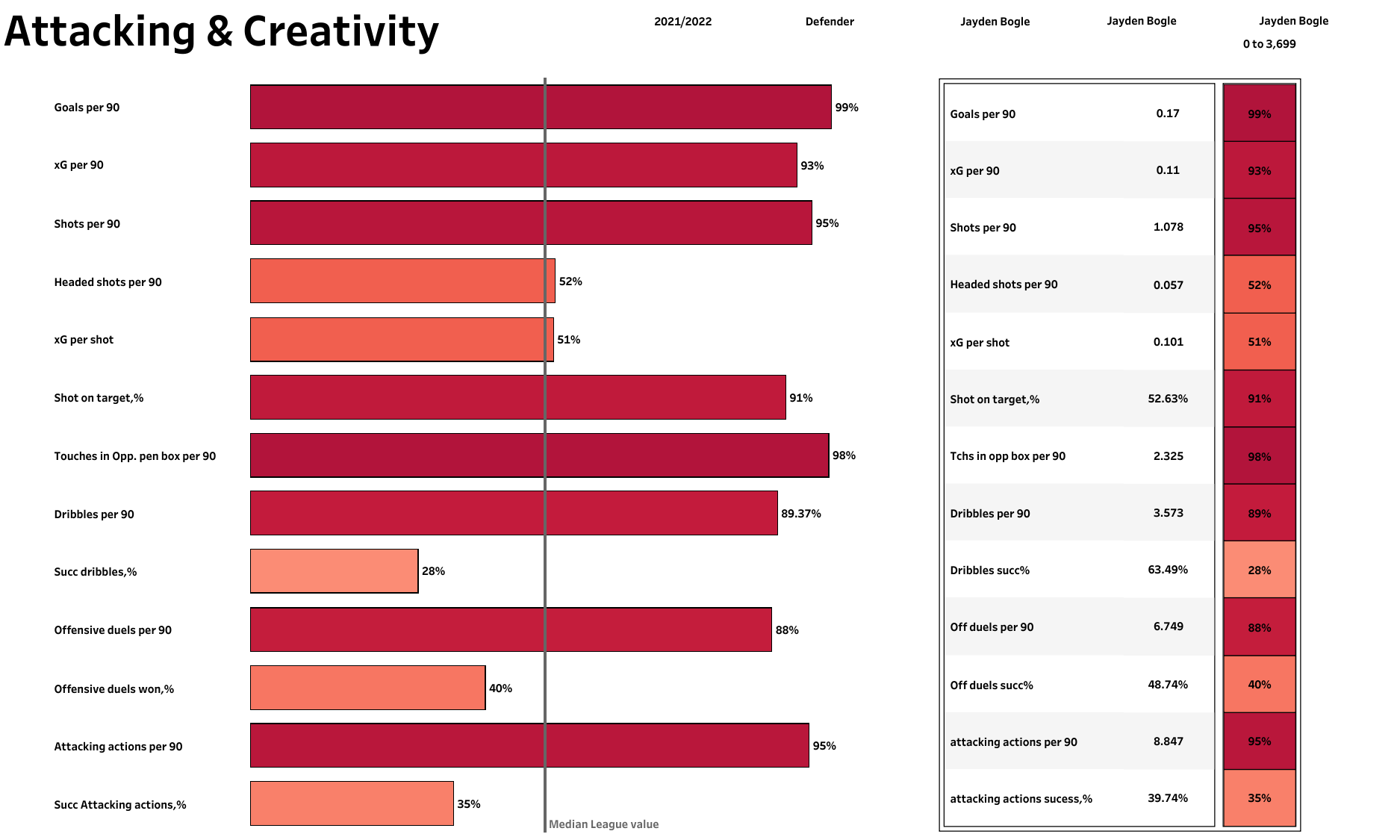 Bogle played 18 games for Sheffield United in the EFL Championship last season before his knee injury in February. He was there on the pitch for 1,468 minutes. During this, he managed to score three goals, slightly overperforming on his xG per 90 in the process. He attempted 1.07 shots per 90, which ranked him in the top 5% of defenders in this category. The Englishman’s 52.6% shot accuracy put him in the upper 9% and with 2.33 touches in the penalty box per 90, he was placed in the 98th percentile. Besides attempting more than three and a half dribbles per 90, he contested in 6.75 offensive duels per 90 and 8.85 attacking actions per 90. 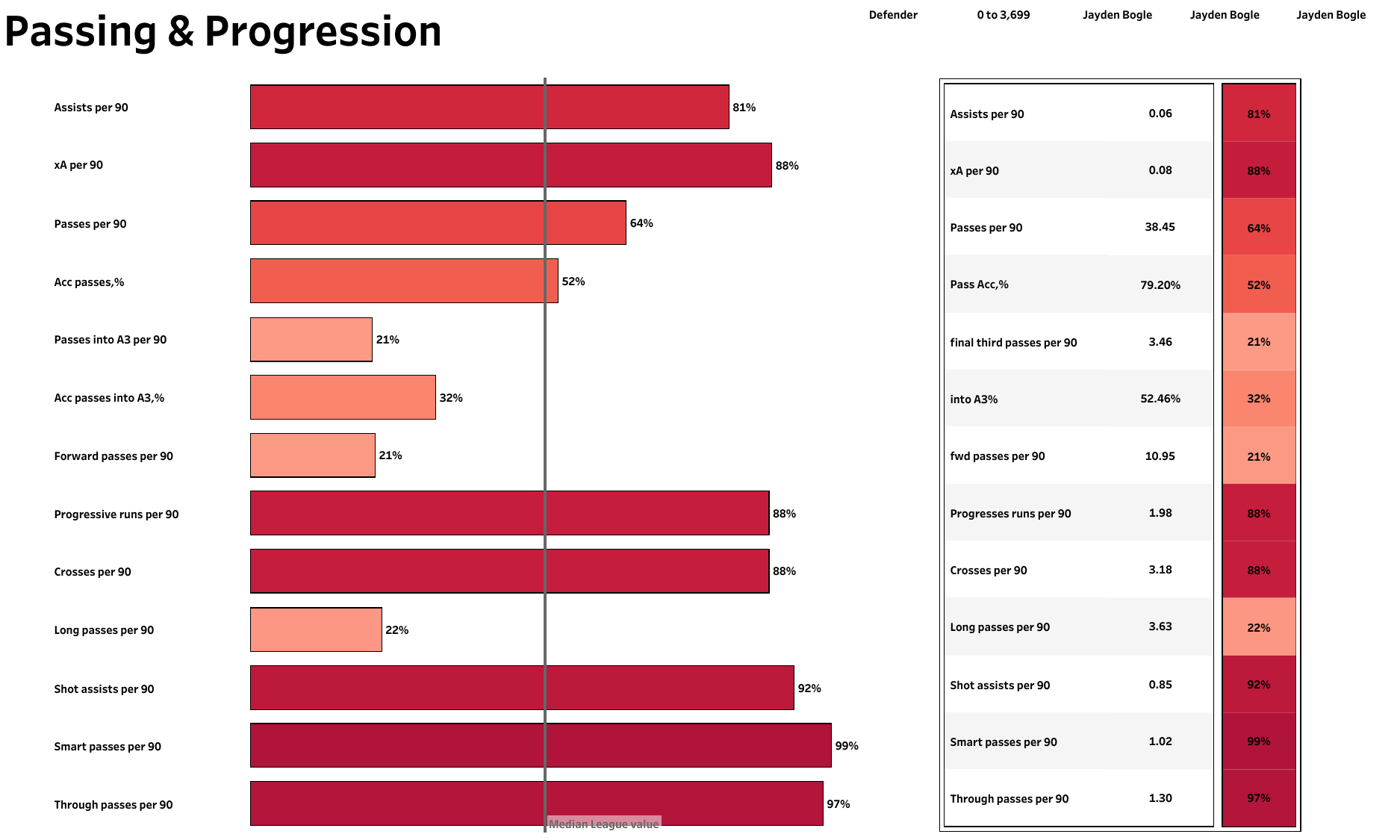 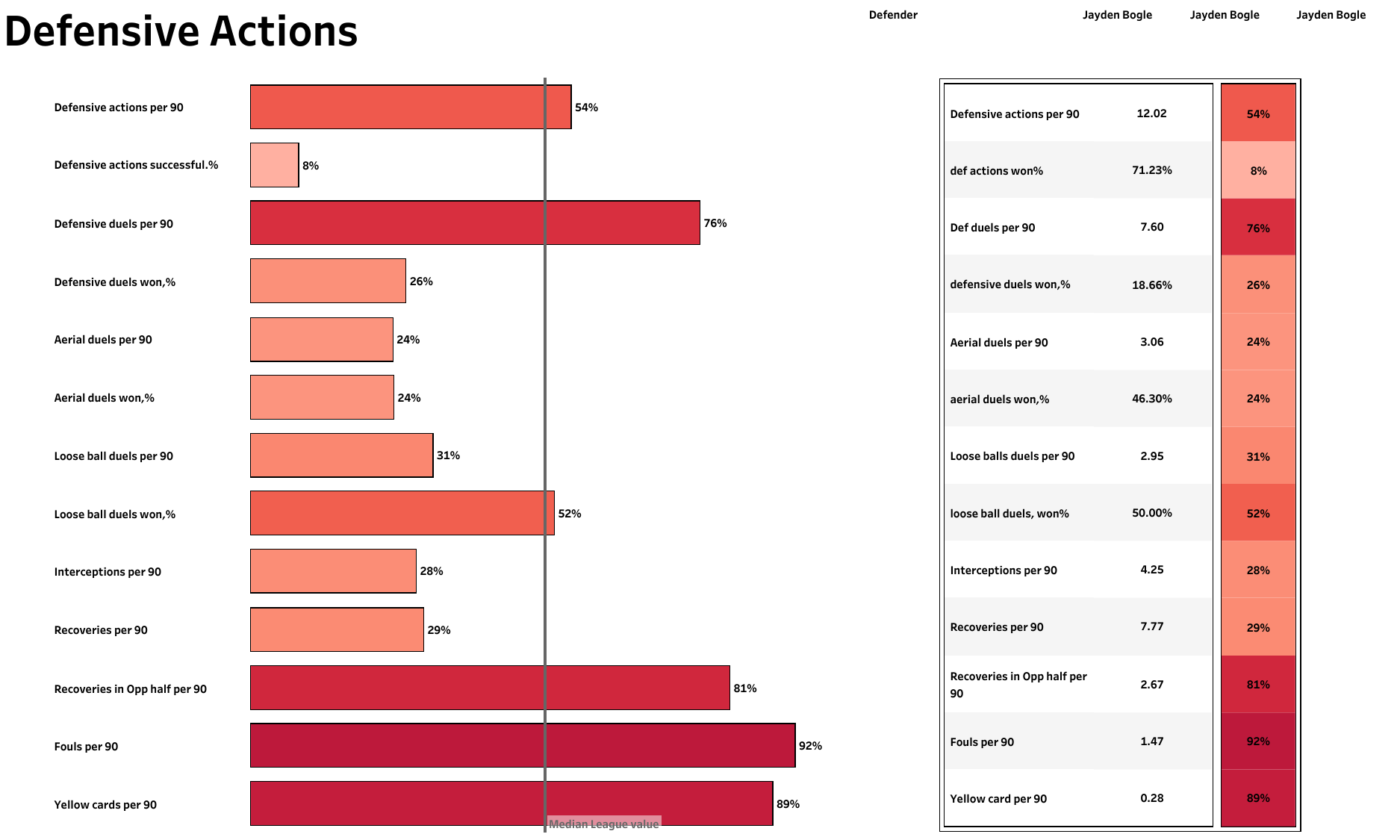 Bogle may have attempted more than 12 defensive actions per 90, but his success rate of 71.2% ranked him in the bottom 8% of defenders. He contested 7.6 defensive duels per 90. The Englishman was defensively active high up the pitch, as shown by his 2.67 recoveries per 90 in the opposition’s half. However, he had the tendency to commit fouls very frequently, with 1.47 fouls per 90 to his name. He earned one yellow card every four games on average. 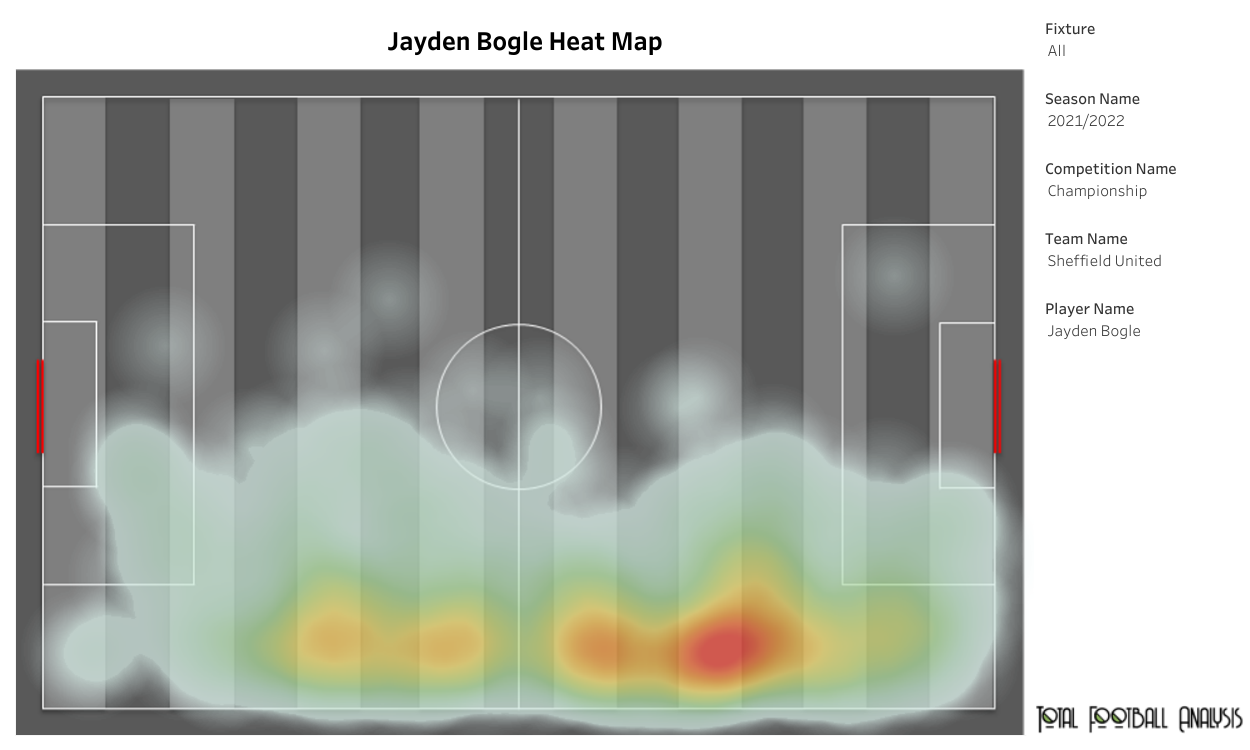 As an attack-minded full-back, Bogle was more active in the opponents’ half of the pitch. He frequently made advancing and overlapping runs from deep. He attempted 21 shots throughout the season with a shot conversion rate of seven shots per goal scored. He completed 41 tackles and interceptions.

If Josip Juranovic leaves Celtic, the Hoops should choose Jayden Bogle as his replacement. He is young and more importantly, affordable, as according to Transfermarkt, his market value is only €five million.