Celtic ran away with the 2021-22 Scottish Premiership title after the appointment of Greek-born Australian coach, Ange Postecoglou, which proved to be a masterstroke. The Hoops may have won the title by a margin of four points, but one position they need to reinforce is the centre-forward, especially now that they are competing in the group stages of the UEFA Champions League. One such option could be the Dutch striker at EFL Championship club Swansea City, Joel Piroe. Here, we will dissect the profile of the Swans’ striker this season in the second tier of English football. 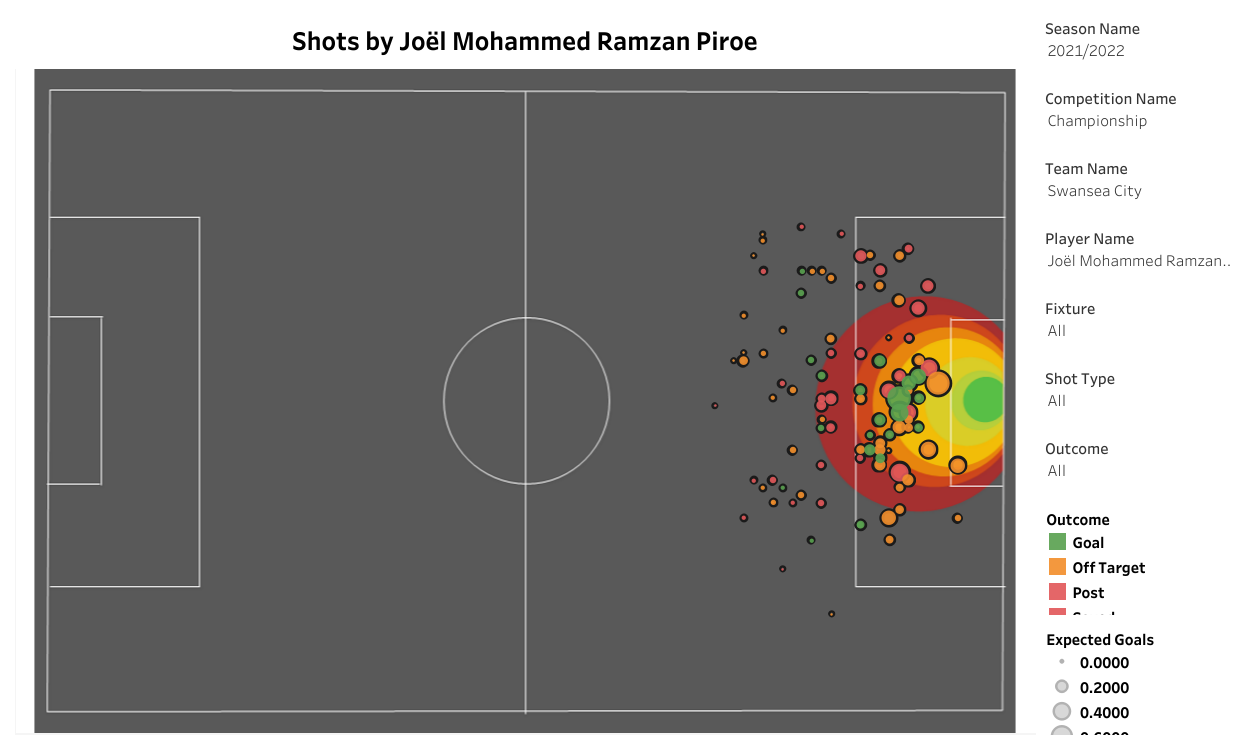 Piroe played 45 games for Swansea City in the recent most season of the EFL Championship season, starting in 40 of them. He played 3,474 minutes for the Swans. The Dutchman finished the campaign with 22 goals, which is not only the highest for his team but also the joint third-highest in the entire division. along with Ben Brereton Diaz and Andreas Weimann. Overall, Piroe has taken 106 shots for Swansea, hitting 52 of them on target. His conversion rate equates to 4.82 shots per goal scored. Seven of his 22 strikes have come from outside the box this season. 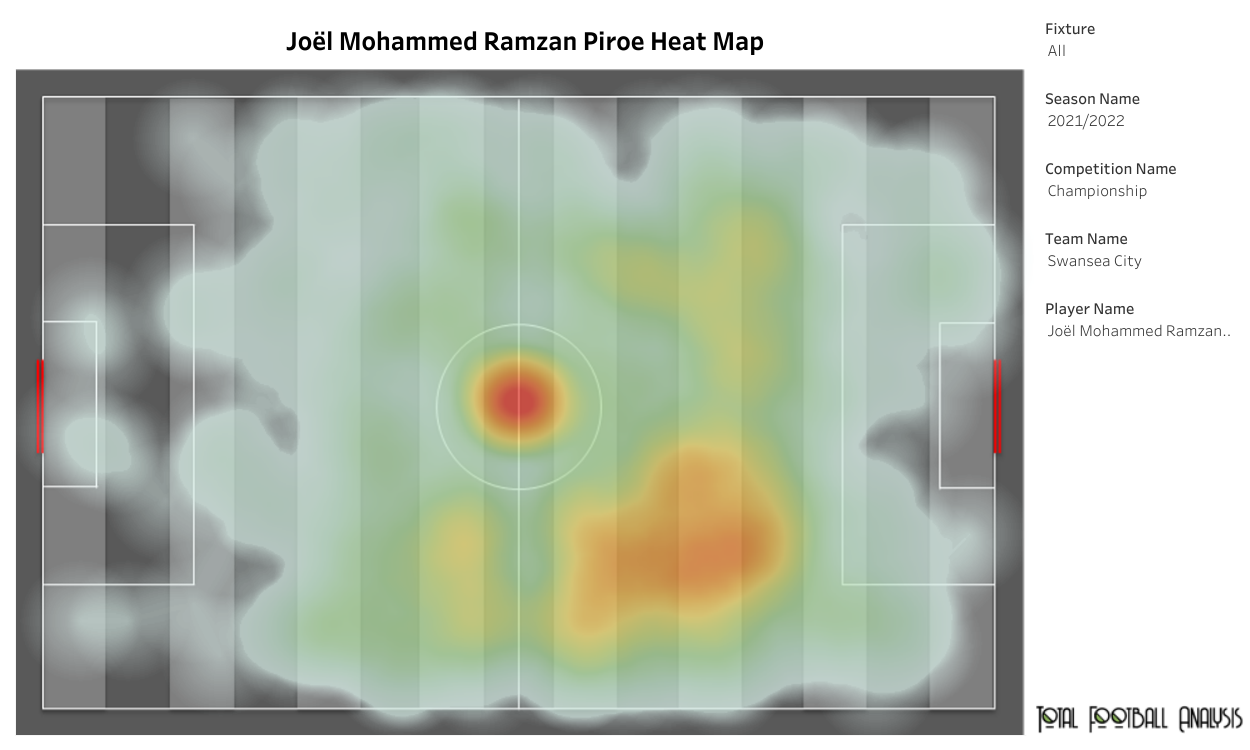 Shown above is the heat map of Piroe for Swansea City in the 2021-22 EFL Championship season. Despite being a centre-forward, most of his involvement has come from outside the opposition’s penalty area, most notably on the right-hand side of the final third and in midfield. This could mean that he dropped deep to collect the ball or stayed high up when his team was defending. Although with 22 goals to his name, the Dutchman would have most likely been the focal point of his team’s attacks. He completed a plethora of progressive carries and carries into the final third throughout the season. 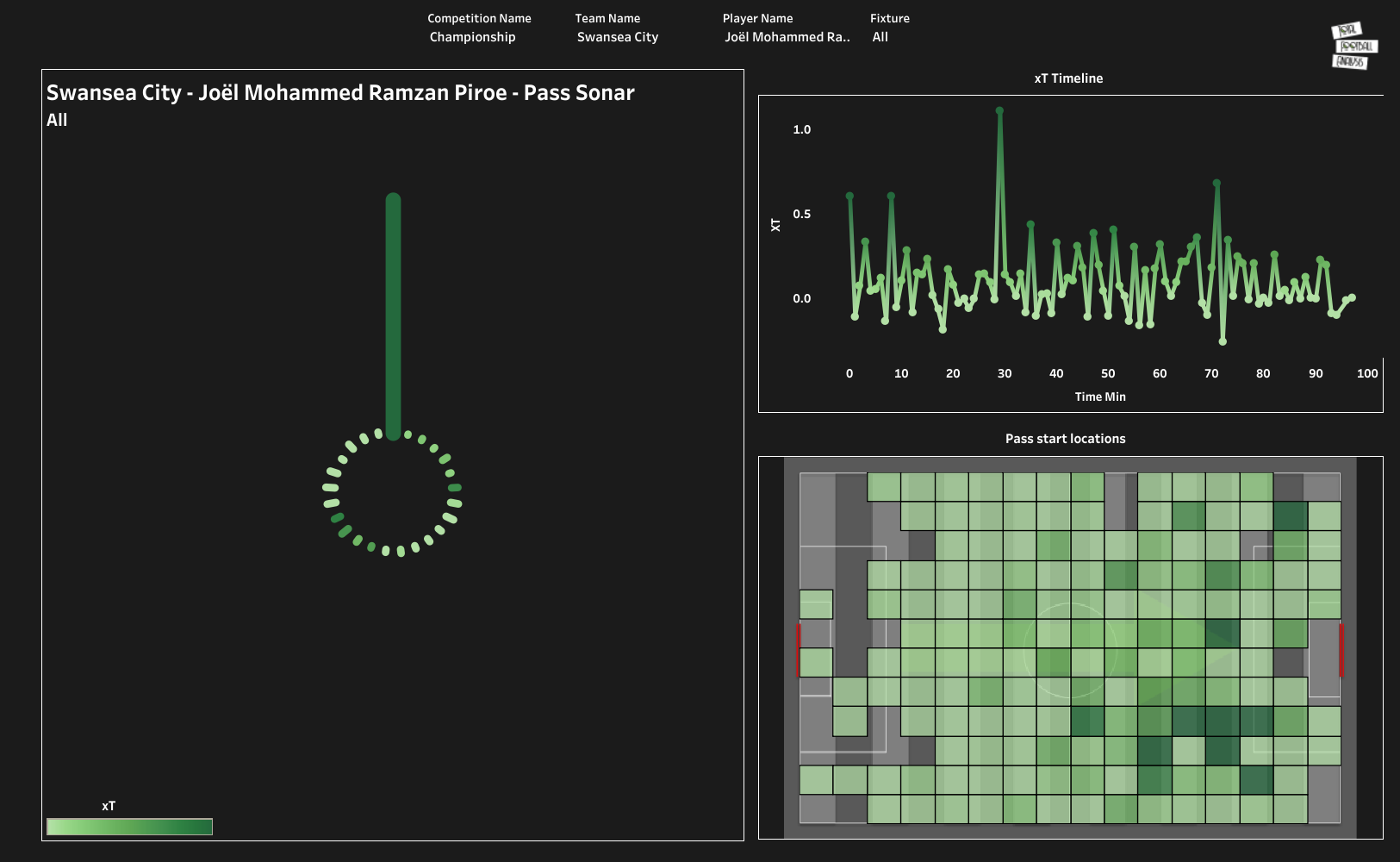 Given in the above visual are the xT map, xT timeline and pass sonar of Piroe in the 2021-22 EFL Championship. He managed to generate an xT value of 0.5 or above on certain occasions. His most consistent xT score creation hovered around the 0.3 mark. The majority of his threat production came from the right flank, either cutting in from the wing or passing (or crossing) the ball into the opposition’s penalty area.

Having had his career-best season, Joel Piroe could look to take this to a higher level as Celtic are in need of attacking reinforcements in the summer ahead of the next season.