Celtic recently won their 10th Scottish League title in the last 11 seasons. In doing so, they have managed to secure an automatic entry into the Champions League group stages for next season. One man who has had a breakthrough campaign at the Celtic Park is the 23-year-old Portuguese winger, Jota. Jota arrived from Benfica on loan before the start of the season and has firmly established his place in the starting XI of Ange Postecoglou’s side. In this article, we will analyse the Portuguese’s performances in the Scottish Premiership and look into whether the Hoops should sign him on a permanent basis. 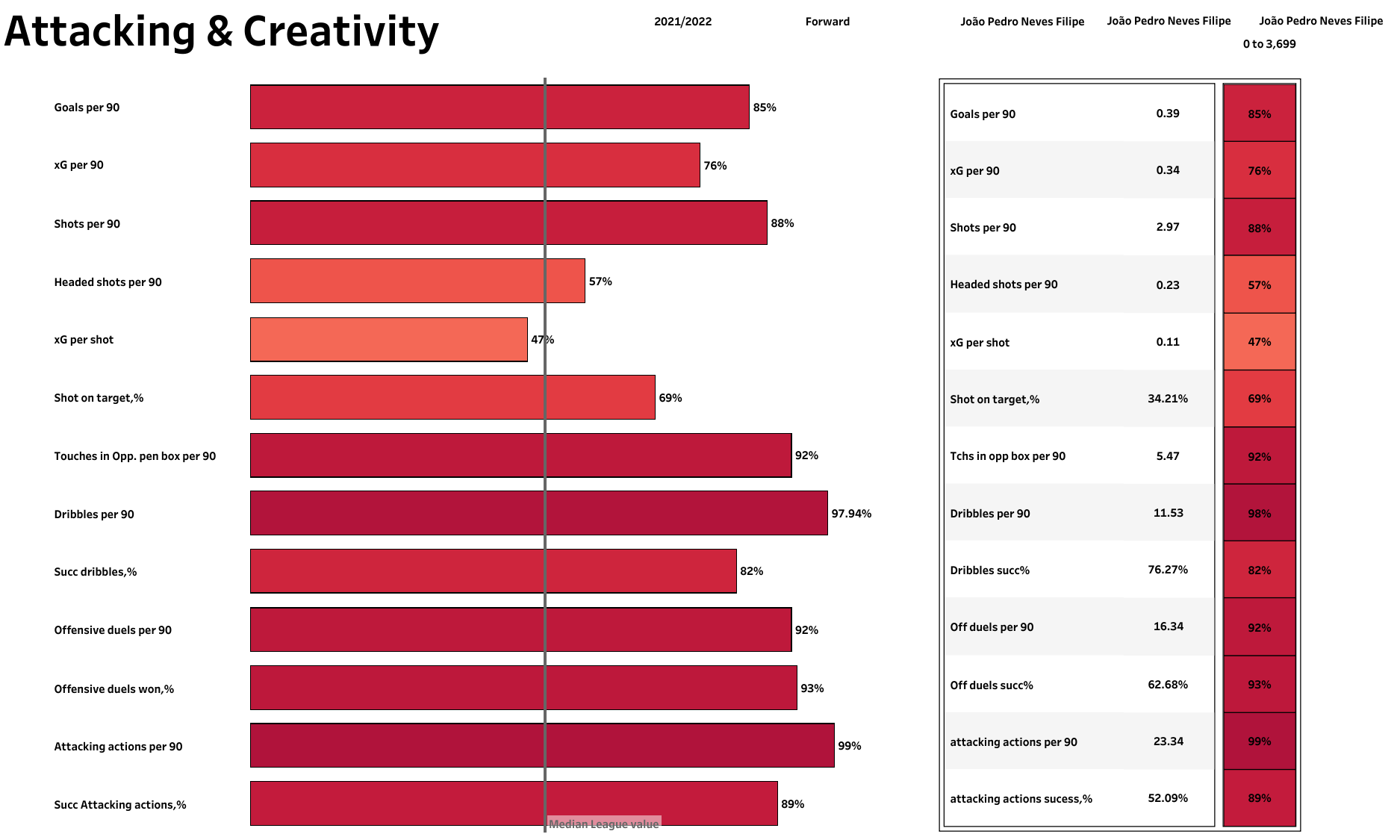 Jota has scored 10 goals in 29 games for Celtic in this season of the Scottish Premiership at a rate of 0.39 goals per 90. This rate is higher than what xG per 90 estimated, which was 0.34. The winger fired off nearly three shots per game, of which 34.21% ended up being on target. The 23-year-old attempted a whopping 11.5 dribbles every game with an astounding success rate of 76.27%. The Portuguese man also finds space in dangerous areas, making 5.47 touches per game in the opposition box. 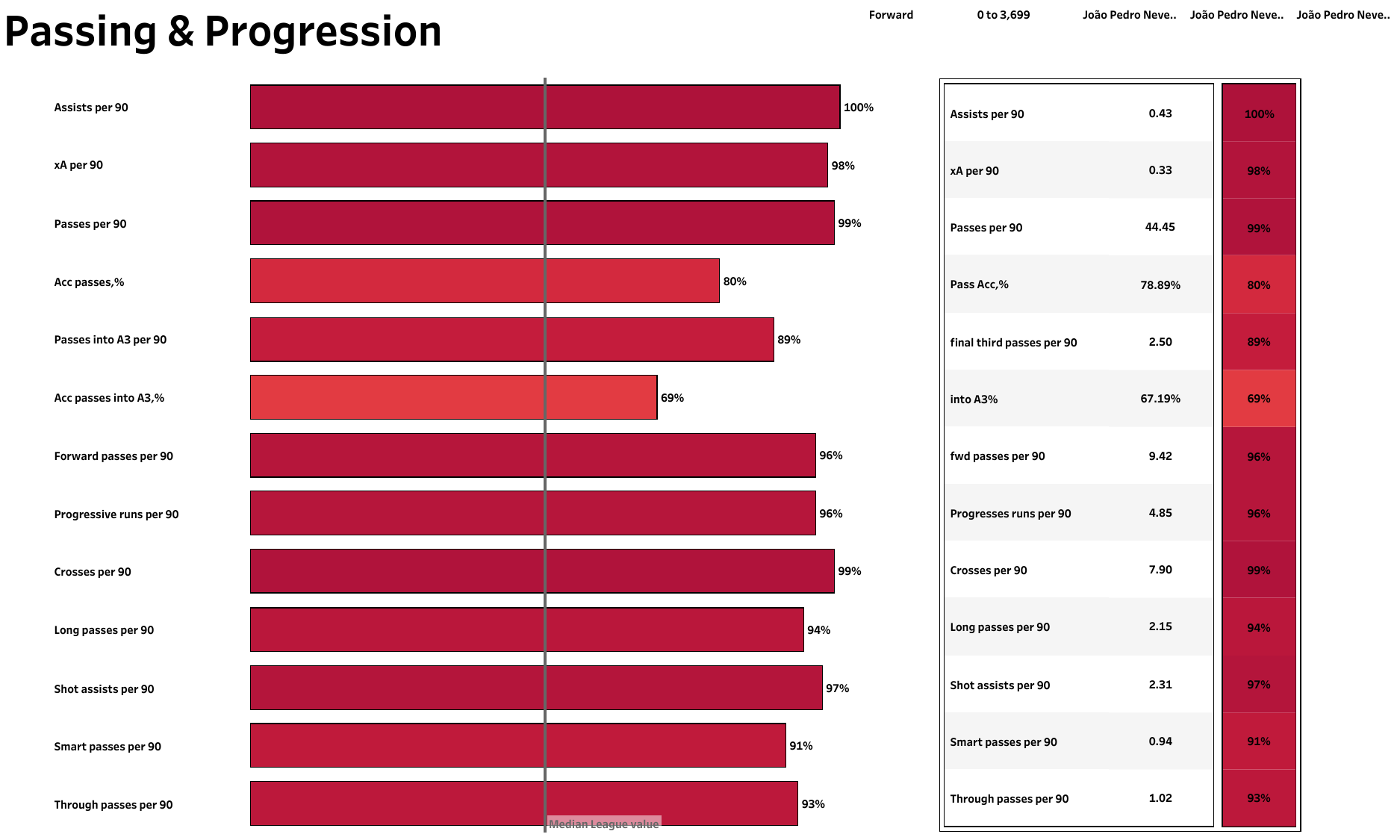 Jota has registered nine assists for Celtic in the 2021-22 Scottish Premiership, making him the squad’s joint leader in assists, along with Anthony Ralston. With 0.43 assists per 90, the Portuguese man is vastly outperforming his xA per 90 of 0.33. The 23-year-old’s passing accuracy stands at 78.89%, which is above average, but not great. Similarly, his passing accuracy into the final third is at 67.19%. With 4.85 progressive runs per 90, Jota ranks in the top 4% of this category. The Portuguese winger ranks in the 90th percentile or highest for crosses per 90, long balls per 90, smart passes per 90 and through passes per 90.

Shown above is the shot map of Jota in the Scottish Premiership this season for Celtic. All but one of his 10 strikes came from inside the box. None of his goals came from the penalty spot. The winger mustered 28 shots on target out of 76 attempts. This means that Jota’s conversion rate stood at 7.6 shots per goal scored, a number he would definitely like to improve on.

Seen in the above visual are the pass sonar, xT timeline and xT map of Jota for Celtic in the Scottish Premiership this season. The winger is versatile in creating threats from both the flanks. His dribbling success rate of more than 75% suggests that he would have made several progressive carries, carries into the final third and carries into the opposition’s penalty area. He has regularly surpassed an xT score of 1.0, even exceeding 2.0 on a few occasions.

Given Jota’s performances for Celtic this campaign, it would be a surprise if Celtic do not decide to buy the 23-year-old outright from Benfica. The Hoops will hope that Jota can show similar performances in the Champions League group stages next season.

Under the microscope: Why Celtic are right to sign Daizen Maeda on a permanent basis