To add to their illustrious Scottish Premiership history, Celtic clinched their 52nd title in the recently concluded season. Ange Postecoglou massively exceeded most Celtic fans’ expectations after they did not succeed in the 2020-21 season and watched their bitter Old Firm rivals, Rangers, lift the title under Steven Gerrard. The Greek-born Australian coach previously worked in Japan with Yokohama F. Marinos for over three years. So, he had extensive knowledge of the Japanese football market. One of his first signings as a Hoops manager was Kyogo Furuhashi from Vissel Kobe. In this article, we will have a look at Furuhashi’s first season at Celtic Park. 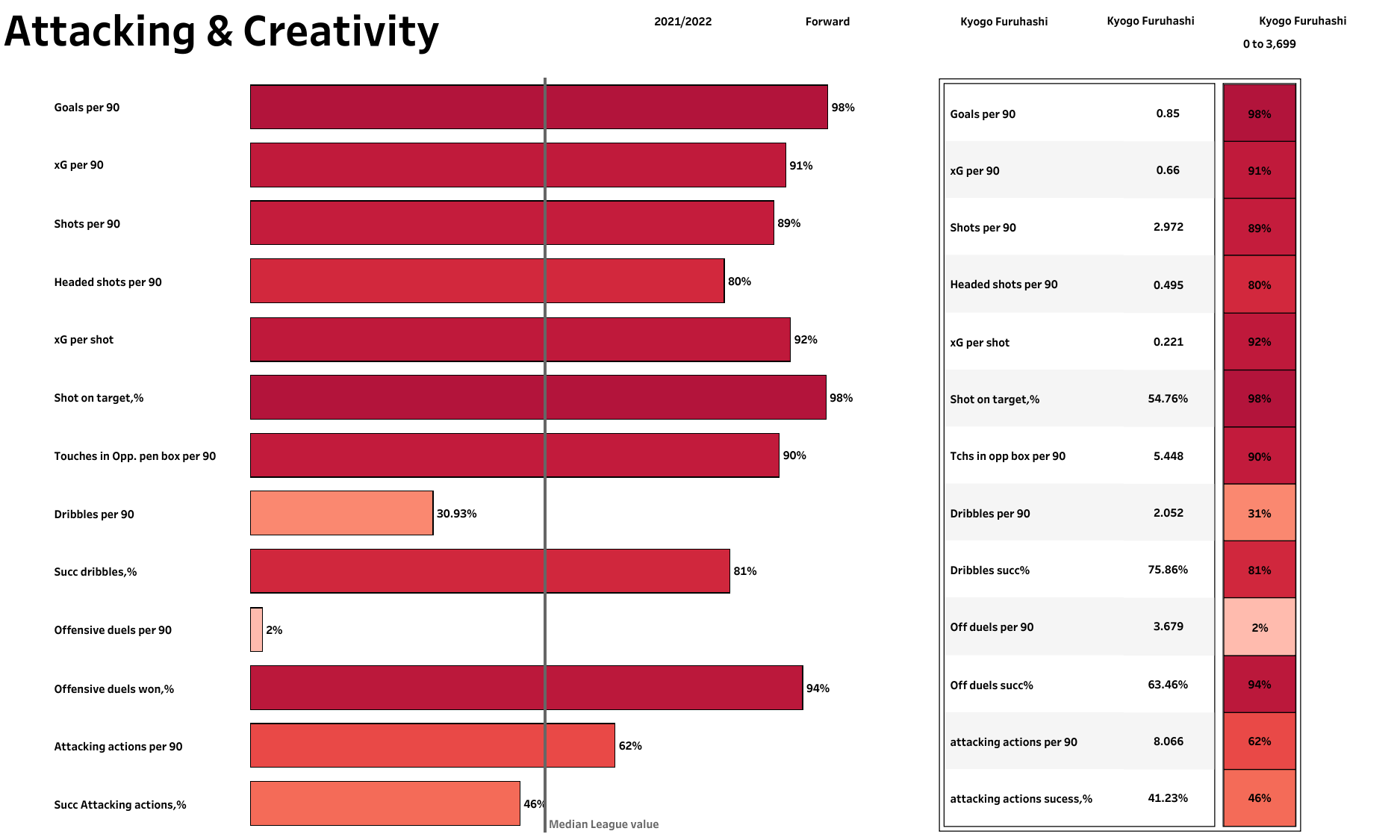 Furuhashi made 20 appearances for Celtic in the recently concluded 2021-22 Scottish Premiership season. He made 16 starts and played for 1,208 minutes. The Japanese finished as the Hoops’ second-highest goalscorer, with 12 goals to his name. His scoring rate at the end of the season stood at 0.85 per 90, higher than the 0.66 xG per 90 estimated. Furuhashi attempted just below three shots per 90 and hit 54.76% of them on target. He also generated an xG per shot of 0.22 and made 5.45 touches per 90 in the opposition’s penalty area. In all of the above categories, Furuhashi ranked in the 89th percentile or above. Even though he attempted only two dribbles per 90, he completed a highly respectable 75.86% of them.

Shown above is the shot map of Furuhashi in the Scottish Premiership season just gone by. All of his 12 goals came from inside the box. The former Vissel Kobe man attempted only two shots from outside the box, showing that he can get into good positions closer to goal, which perhaps explains the high xG per shot generated by him. Furuhashi consistently threatened the opposition goalkeeper as he had more than half of his shot attempts on target and averaged a goal every 100 minutes. 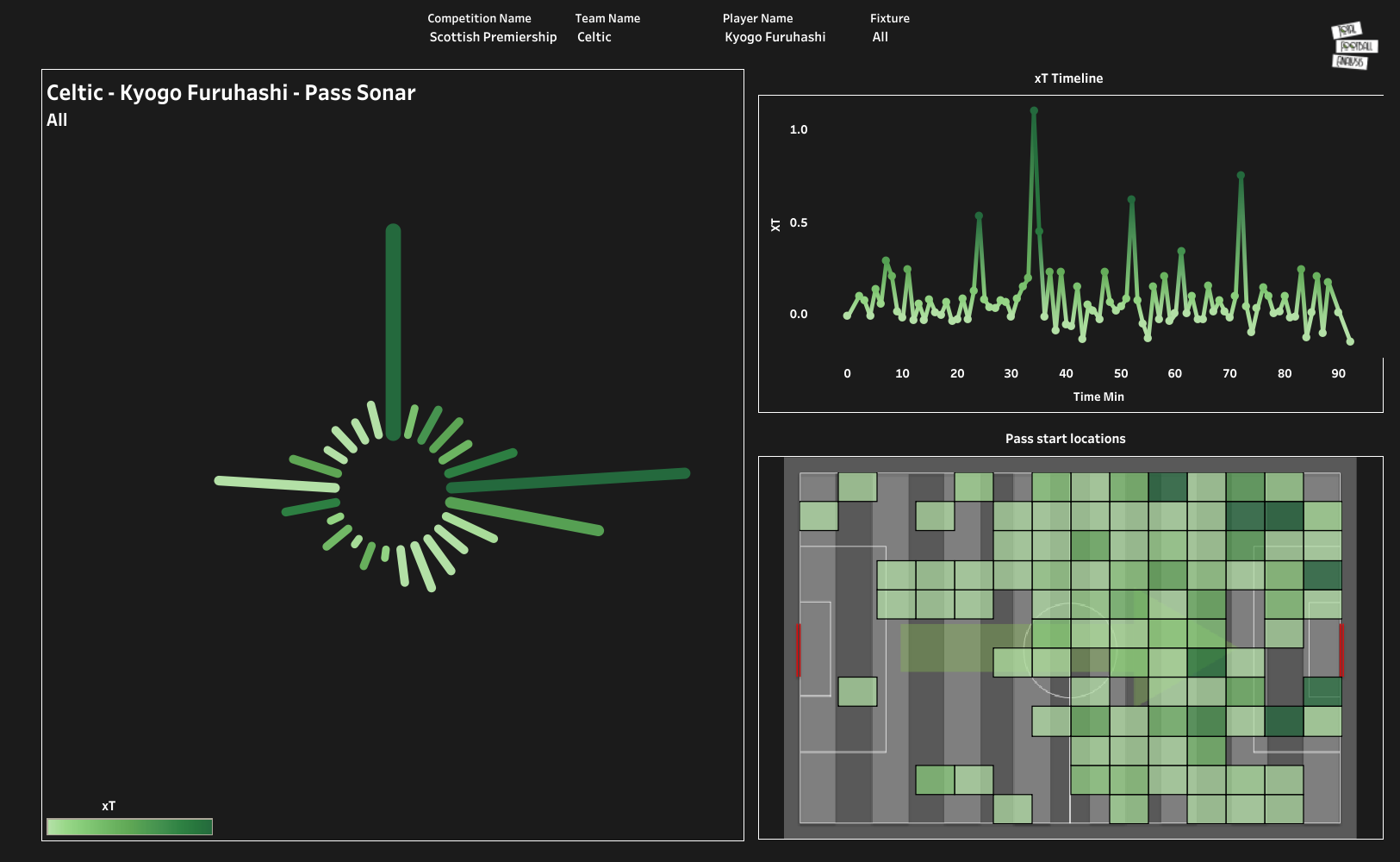 From the above visual, we can see the pass sonar, xT map and xT timeline of Furuhashi for Celtic in the 2021-22 Scottish Premiership. His average xT score hovered below the 0.5 mark, but he occasionally managed to exceed 1.0. As seen from the pass sonar, his sideways passes, mostly into the opponents’ penalty box, generated as much threat as his forward passes.

Kyogo Furuhashi had a good campaign at Celtic, judging by the minutes-to-goal ratio. However, lengthy knee and hamstring injuries meant that the Japanese could not play as many games as he would’ve hoped to. Otherwise, he could have played even more games and scored even more goals, maybe even finished as the league’s top goalscorer.