When Celtic signed Liel Abada from Israeli club Maccabi Petah Tikva ahead of the 2021-22 season, many Hoops fans were excited, while some of them had doubts as to how long he would take to settle down at Celtic Park or even perform in his first-ever season in Scottish shores. Whatever doubts the critics had at the start of the season have been put to bed by the Israeli forward as he was one of the important members that helped Celtic wrestle the Scottish Premiership title back from their Old Firm rivals, Rangers. Since signing for Celtic, Abada’s market value has risen by 50%, according to Transfermarkt. 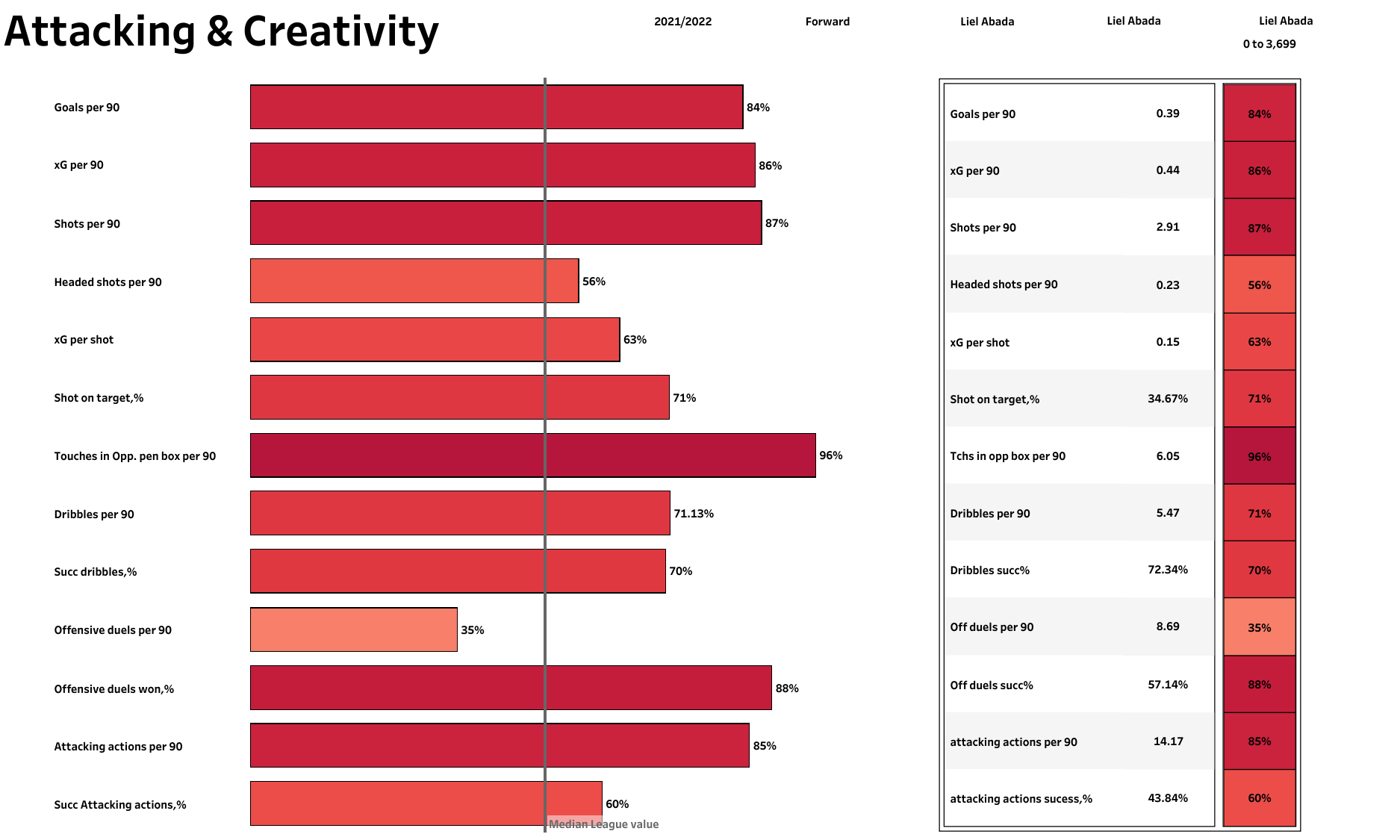 Abada featured for Celtic in 36 games out of 38 in the recently concluded 2021-22 Scottish Premiership season. The Israeli started in 24 matches and played a total of 2,185 minutes. The 20-year-old scored 10 goals in the league at a rate of 0.39 per 90, slightly lower than the xG per 90 value of 0.44. The winger attempted just below three shots per 90 and managed to hit 34.67% of his attempts on target. Abada made over six touches in the opponents’ penalty box per 90, ranking him in the top 4% among forwards. The Israeli also attempted 5.47 dribbles per 90 at a respectable success rate of 72.34%. 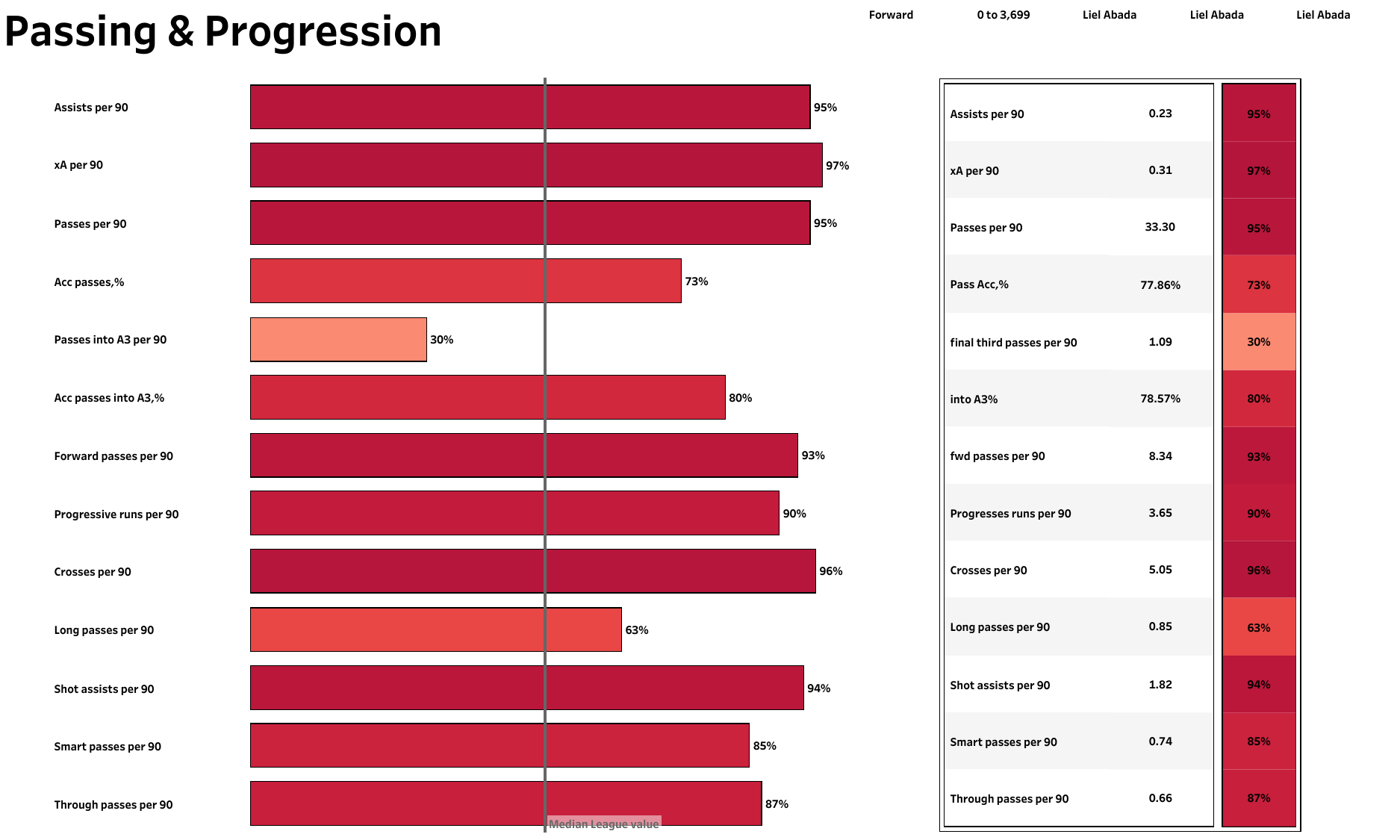 In addition to scoring 10 goals, Abada provided six assists in the Scottish Premiership. The Israeli generated assists at a rate of 0.23 per 90, also slightly less than the xA per 90 value of 0.31. The 20-year-old was very much involved in the build-up play of Ange Postecoglou’s side as he averaged over 33 pass attempts per 90 at a good pass accuracy of 77.86%. Abada made 3.65 progressive runs per 90 and completed over five crosses per 90, the latter ranking him in the top 4% among forwards. With 1.82 shot assists per 90, the Israeli was in the 94th percentile of forwards in this category. 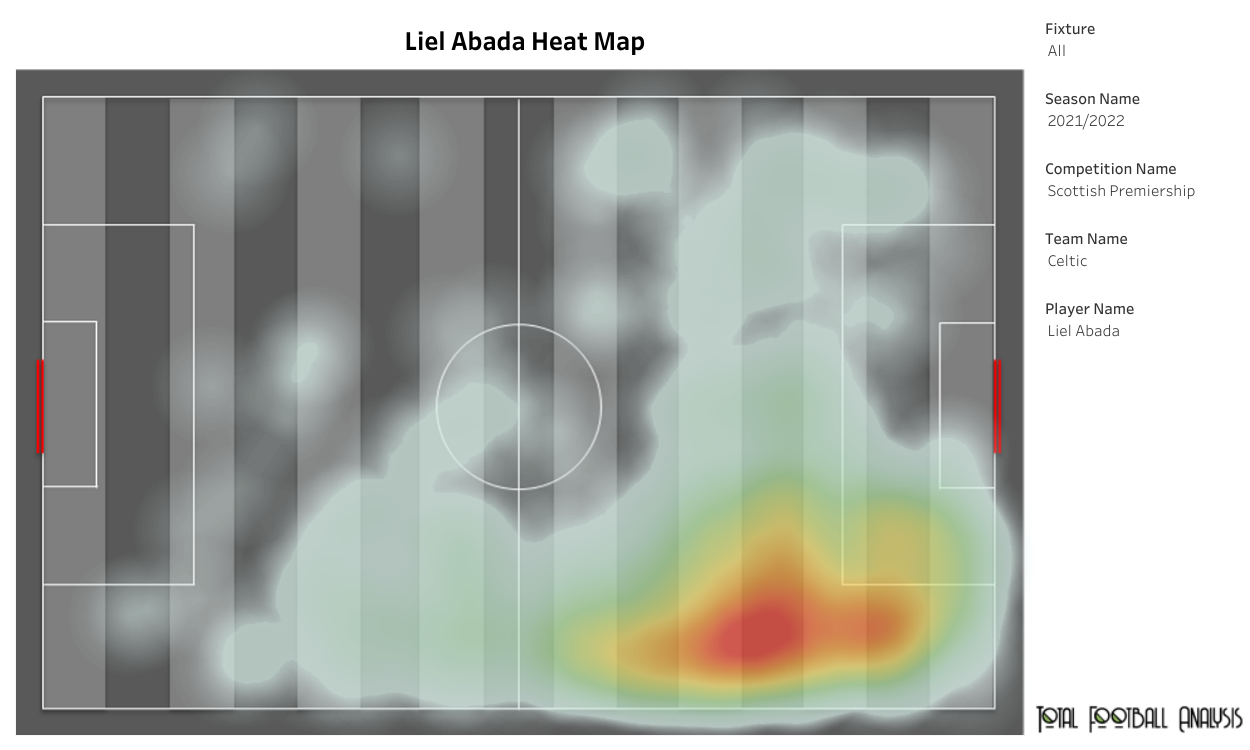 As seen in the above heat map, Abada was very influential and active on the right wing in the final third. Abada drew a lot of fouls throughout the campaign. Being in an advanced position, the Israeli received multiple progressive passes every single game that he took part in and completed many carries into the opposition’s penalty box. 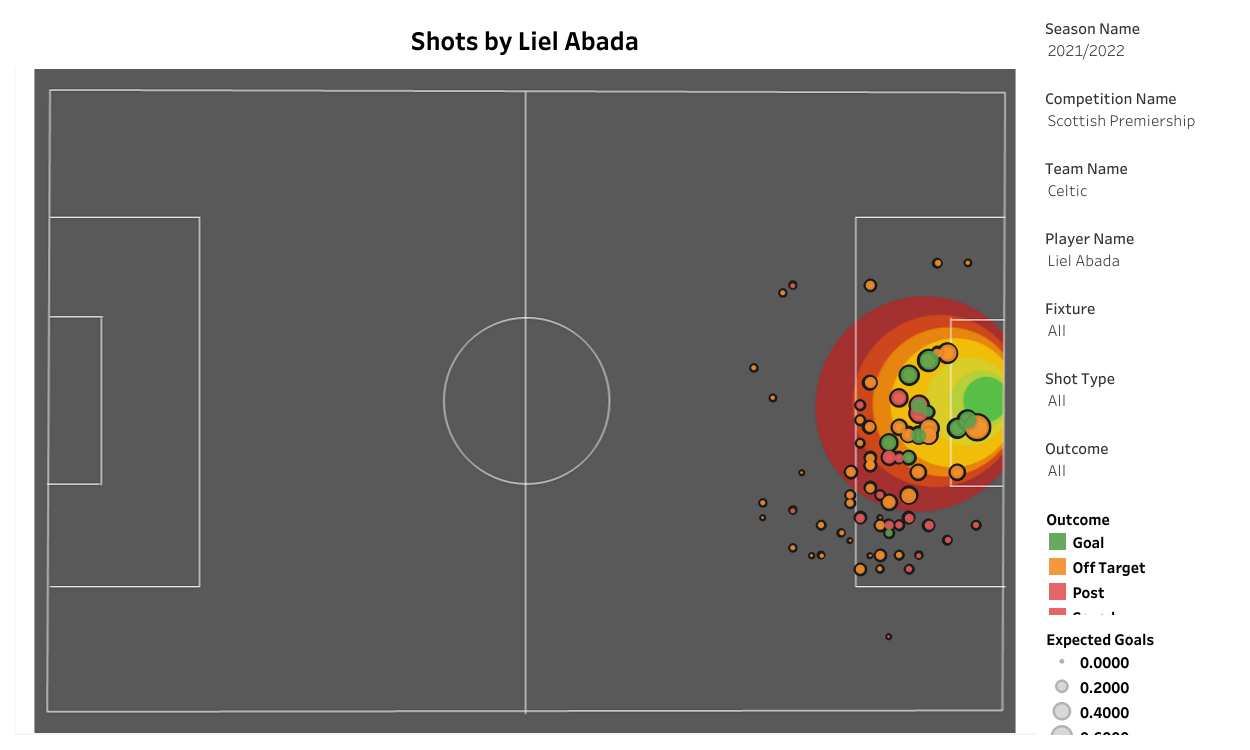 As shown in the above shot map, all of Abada’s 10 goals for Celtic came from inside the box. However, the 20-year-old did miss a couple of big chances close to the goal. Overall, the Israeli attempted 81 shots and hit 33 of them on target, giving him a conversion rate of 8.1 shots per goal scored.

Liel Abada effortlessly settled into the Celtic squad and established himself as a key member of Ange Postecoglou’s side. One can only hope the eight-capped Israeli kicks on in the second campaign and performs in the Champions League as well.