When Celtic signed Reo Hatate from Japanese club Kawasaki Frontale, they were not quite sure how long he would take to adapt to the game in Europe since he never left his homeland before. But he has adjusted to Ange Postecoglou’s system quite well and will hope to help the Hoops kick on under the Greek-born Australian head coach. In fact, the former Celtic man and Bulgarian international, Stiliyan Petrov, who was capped 105 times, is excited to see how the Japanese will perform in his first full season at Celtic Park. 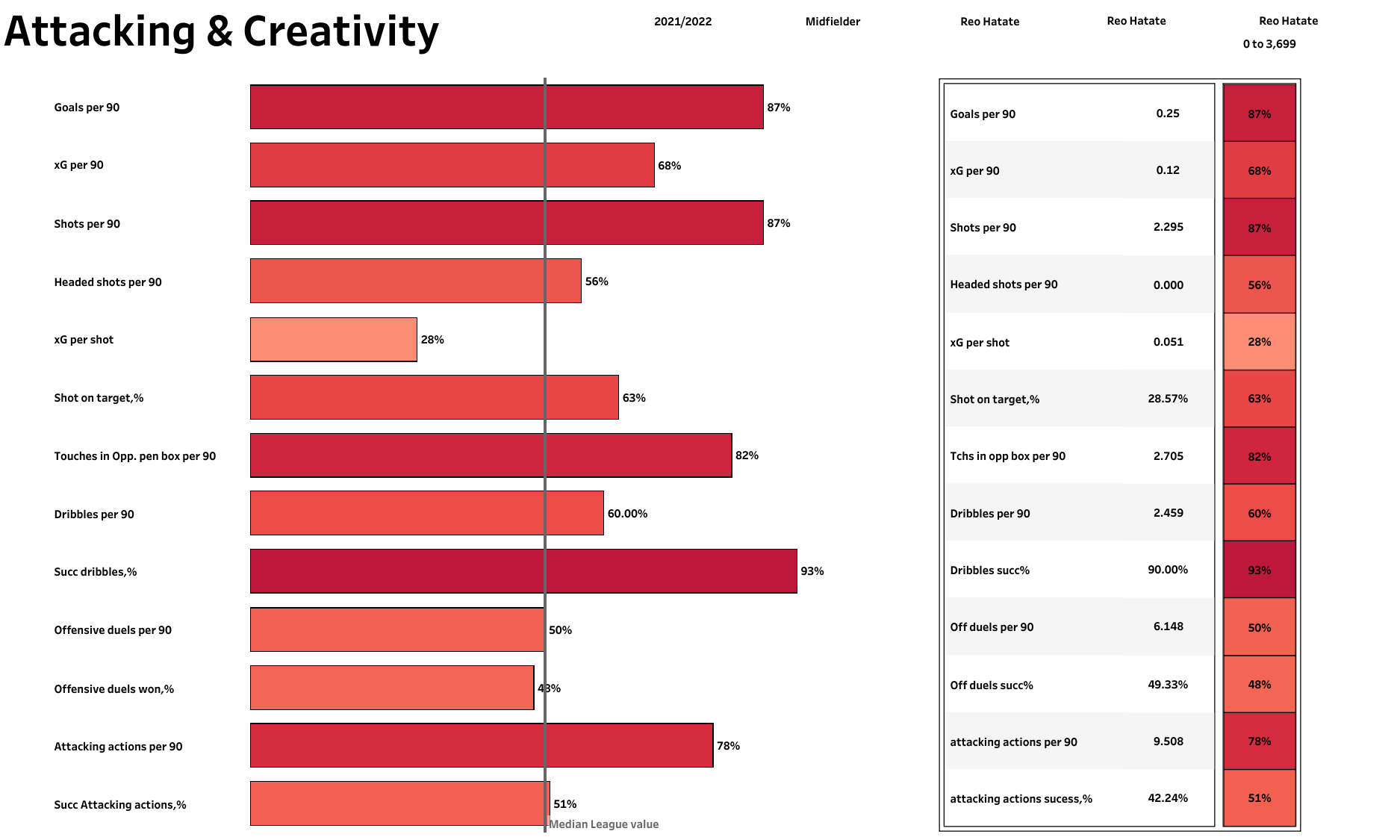 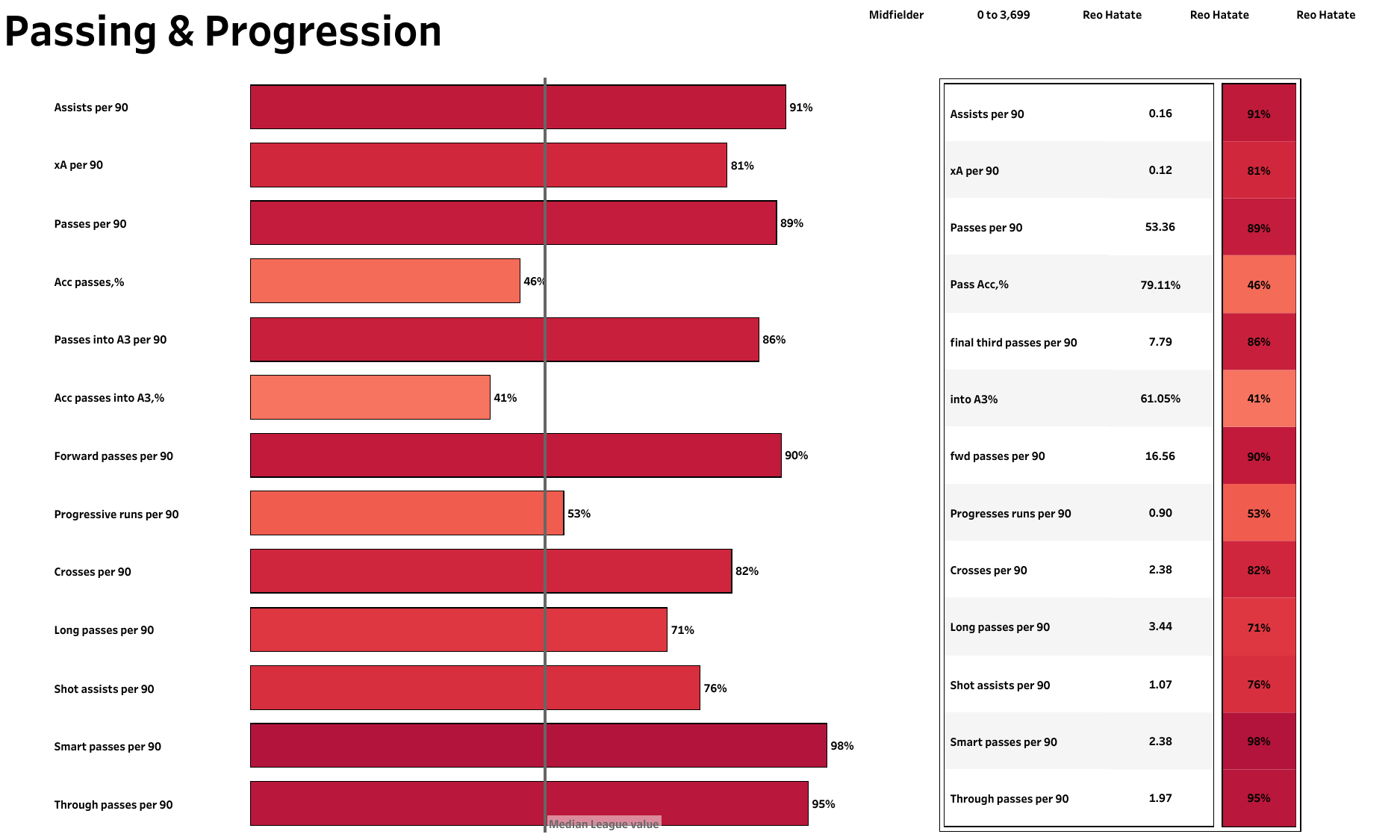 In addition to his four goals, Hatate provided two assists, which brought him a goal involvement every 176 minutes. His rate of 0.16 assists per 90 ranked him in the top 9% of midfielders. He was very active for Postecoglou’s side, attempting 53.3 passes per 90, though his pass accuracy of only 79.11% put him in the bottom half. It was a similar trend in passes into the final third as well. The Suzuka-born midfielder delivered 2.38 crosses per 90, which put him in the upper quintile. With 2.38 smart passes per 90 and 1.97 through balls per 90, he ranked in the 98th and 95th percentiles, respectively, among midfielders. 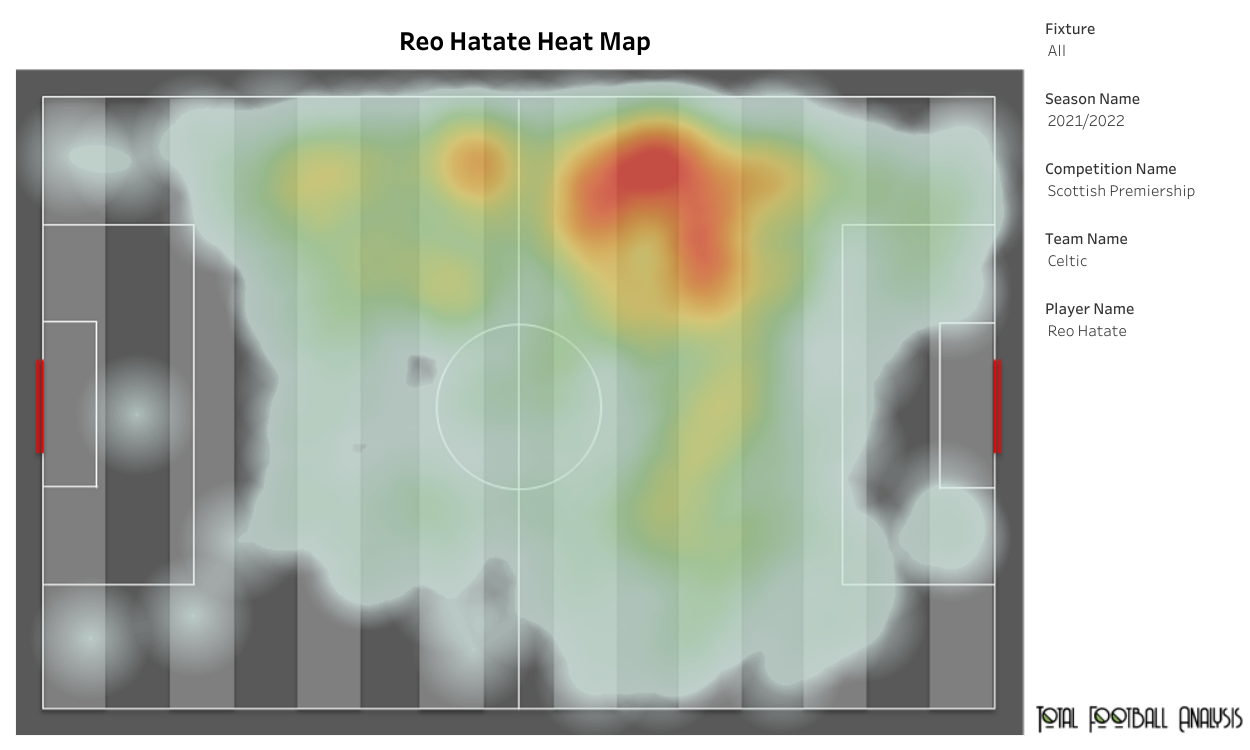 Even though Hatate is a central midfielder by trade, he mostly featured on the left wing for Celtic. He attempted 29 shots and scored four goals, which meant his conversion rate stood at 7.25 shots per goal scored. Time and time again, he cut inside from the left flank, thereby leaving space for the left-back to make an overlapping run. 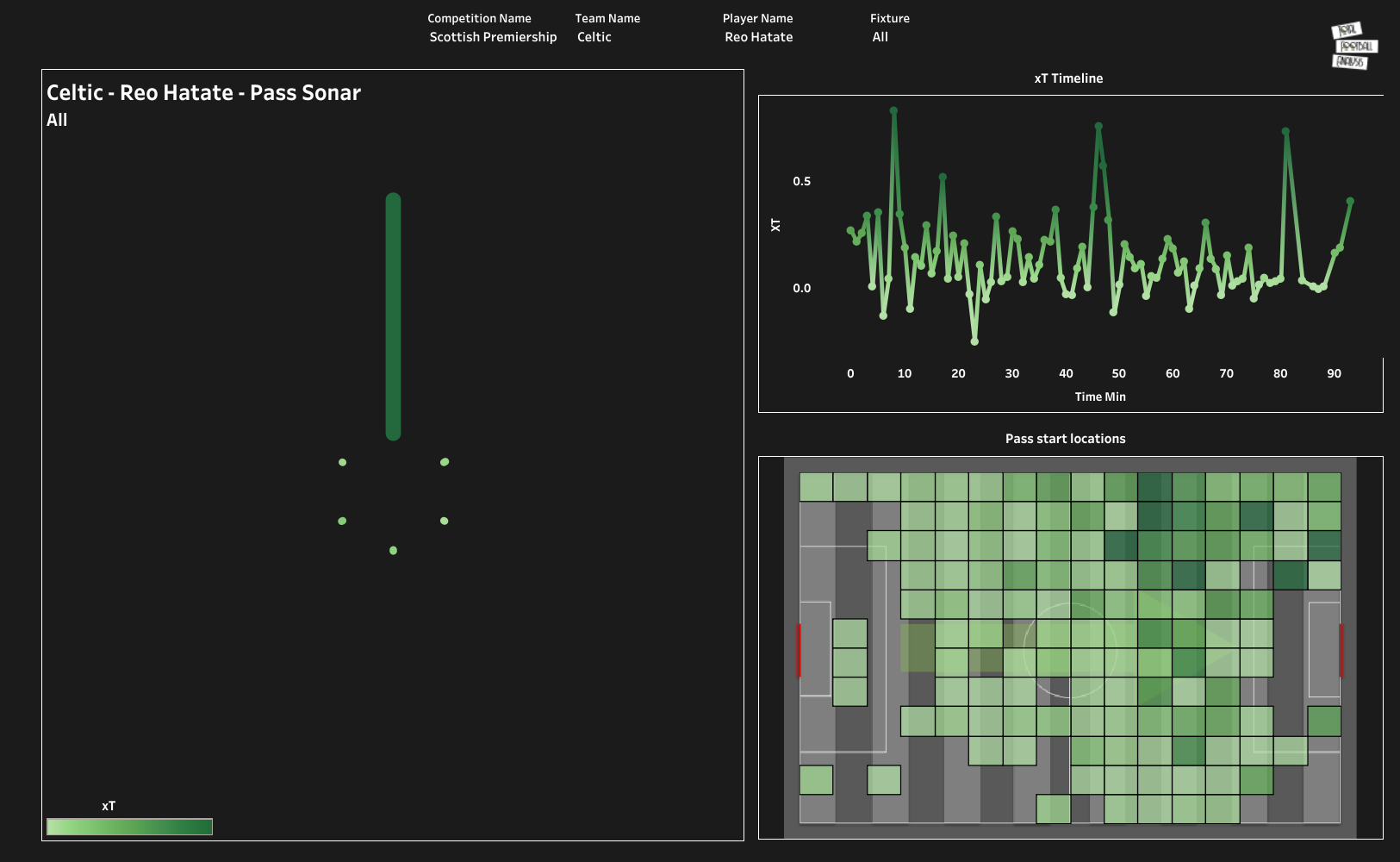 Reo Hatate adapted quickly to Celtic and Scottish football despite having never left his homeland before, let alone playing in Europe. He might have dropped off a little bit towards the end of the season, but he barely had any rest when he joined the Hoops as he finished the victorious J1 League campaign only in December 2021. With full rest in the off-season, Hatate will be ready to fire on all cylinders this season.