The 2022-23 Scottish Premiership season is set to kick off this weekend. The defending champions Celtic host Aberdeen in matchday one at Celtic Park. While the hosts enjoyed a highly successful first campaign under the tutelage of Greek-born Australian head coach, Ange Postecoglou, Aberdeen had a forgettable season, finishing in 10th place, just escaping the relegation playoff spot. Celtic’s main objective this season will be to defend their title and perform to or exceed expectations in the UEFA Champions League group stages, which they will be playing for the first time since the 2017-18 season. 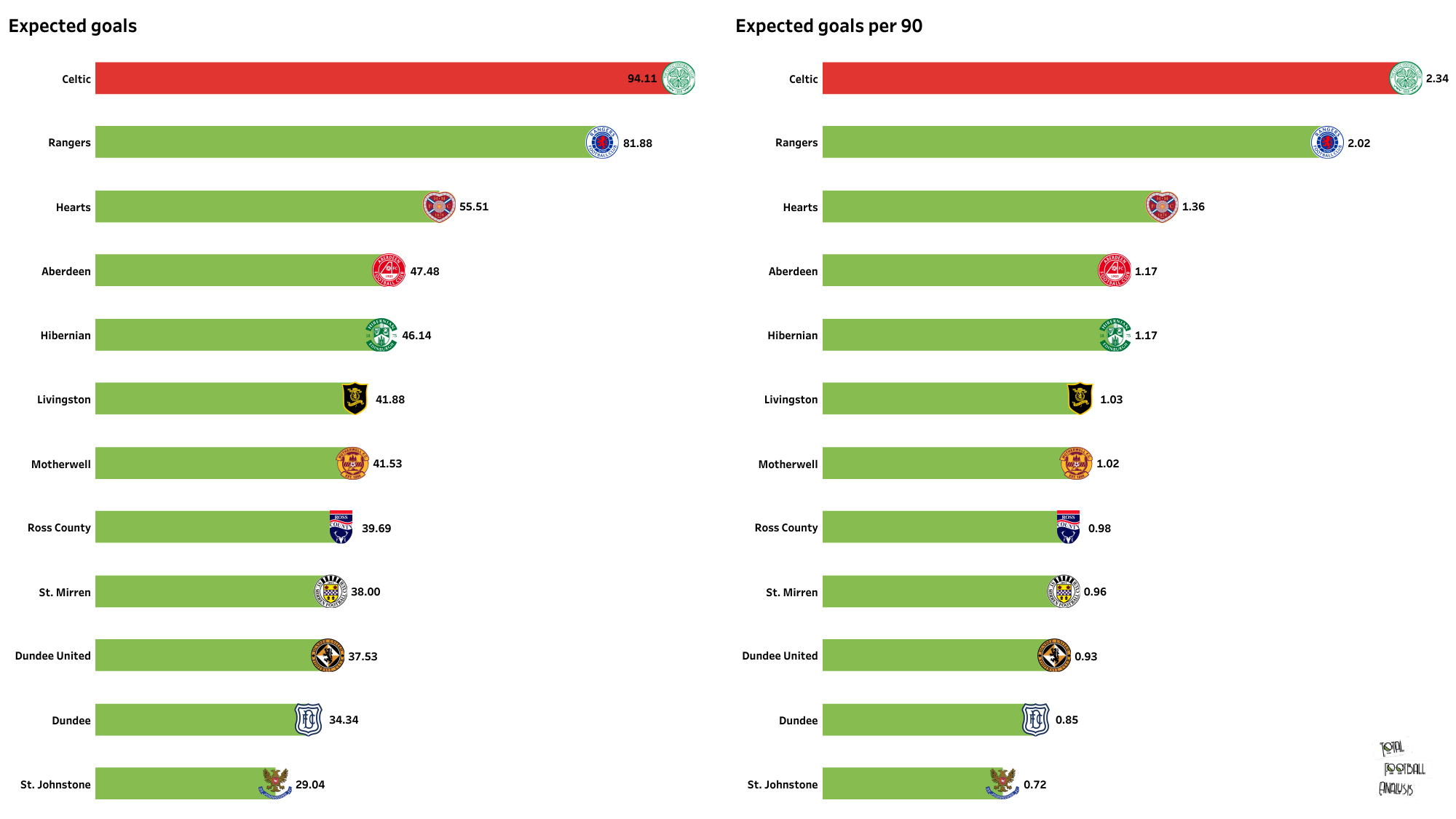 Celtic accumulated 93 points last season, winning 29 games, drawing six and losing three of their 38 matches. They ended their season with a +70 goal difference. Even though the Hoops scored 92 goals in the season, they actually underperformed on their xG by two goals. It was still comfortably higher than their bitter Old Firm rivals, Rangers. As many as four men scored at least 10 goals – Giorgos Giakoumakis, Kyogo Furuhashi, Jota and Liel Abada. 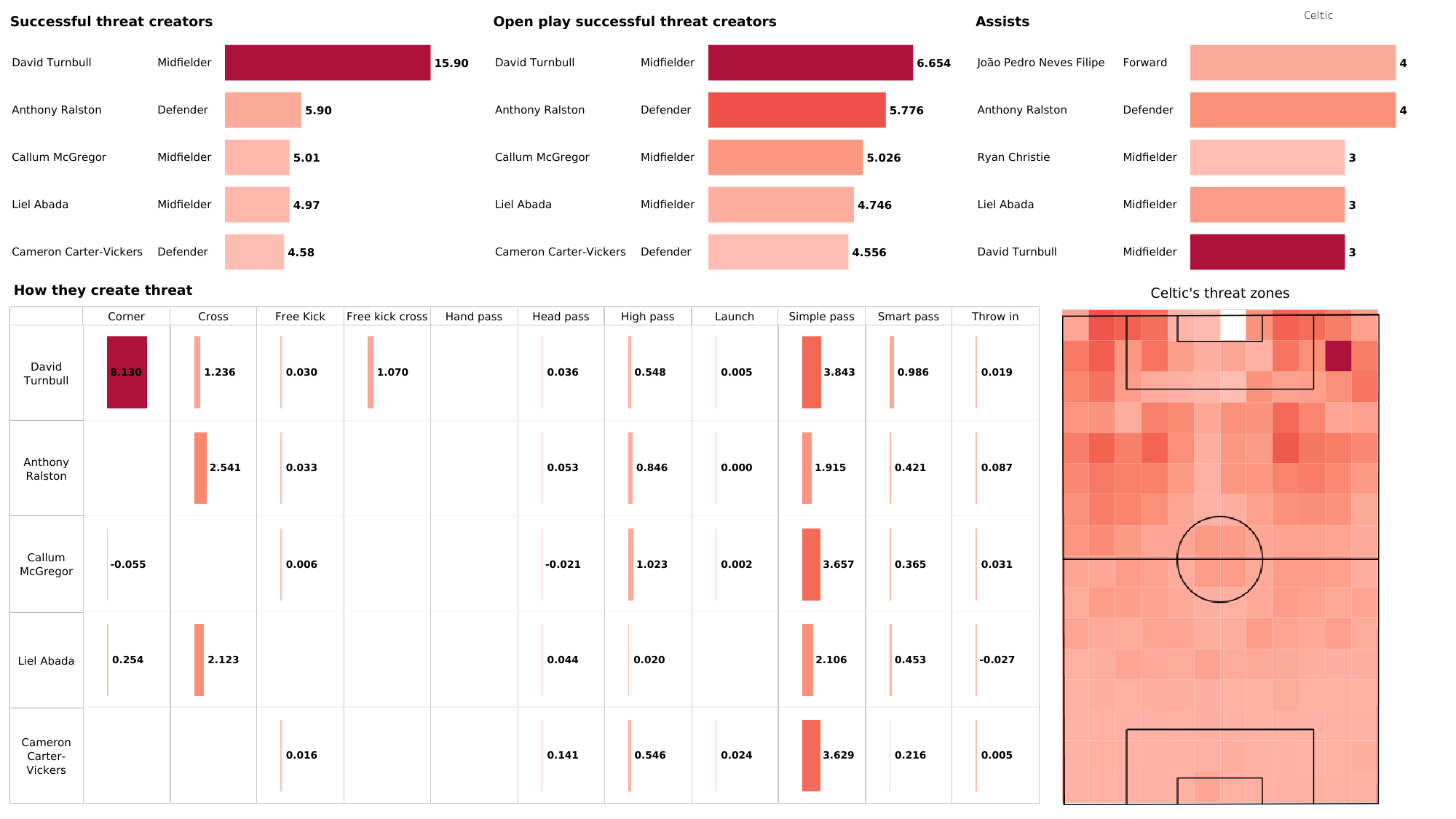 David Turnbull was Celtic’s most successful threat creator last season. His xT score was a whopping 15.9. For perspective, the next best Hoops player was Anthony Ralston, and his score was only 5.9. Turnbull was the leading threat creator from both set-pieces as well as open play. The leading assist providers were Jota and Anthony Ralston, each providing nine assists, followed by Abada. 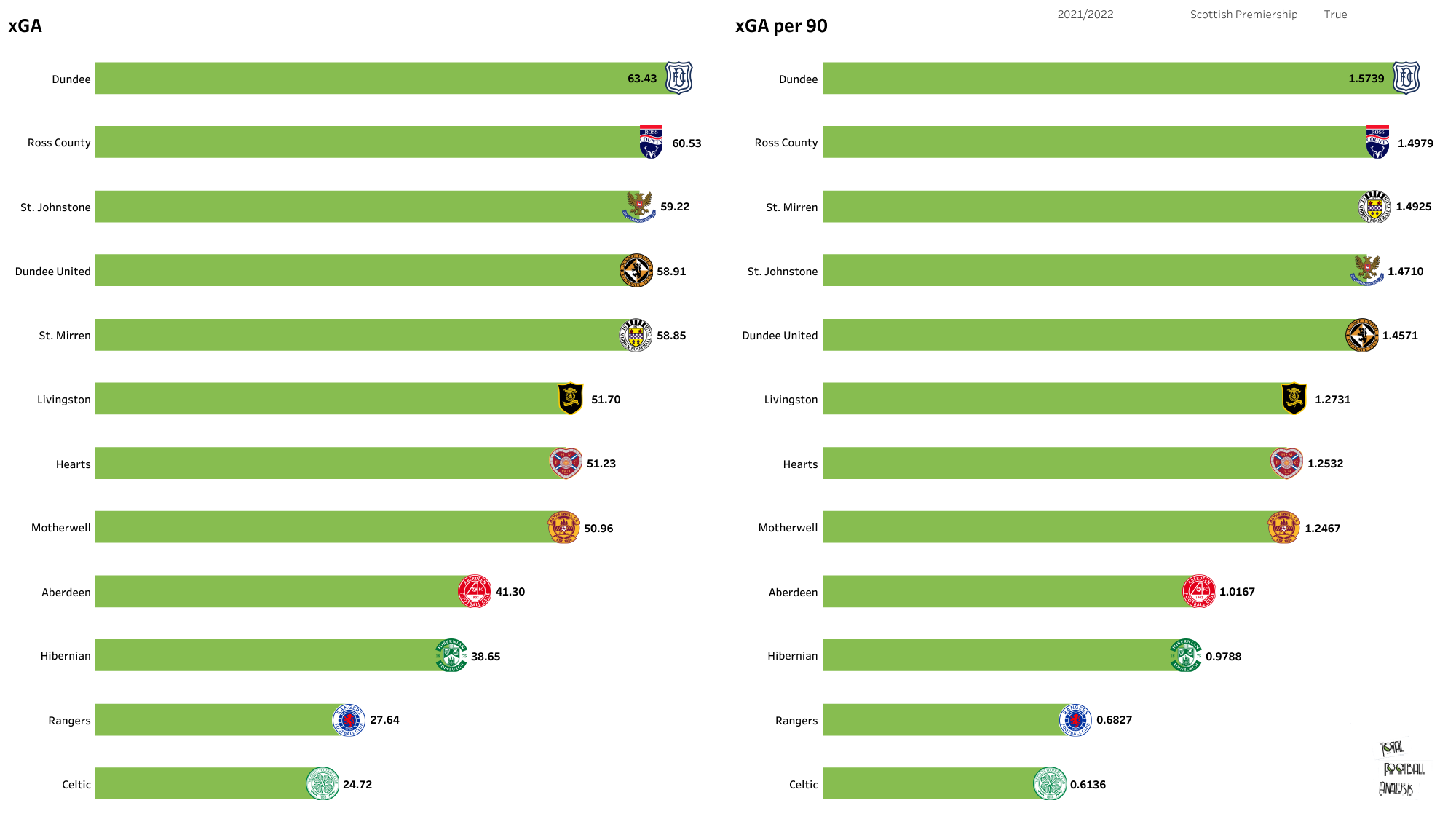 Aberdeen ended last season in 10th place with just 41 points in 38 matches. They could muster only 10 wins, 11 draws and 17 losses with a goal difference of -5. The Dandies conceded 46 goals in the season, but xGA estimated them to let in only 41 times. Thus, they underachieved at the back. However, their attack could score only 41 goals (or 1.08 goals per game). Their star man, Calvin Ramsay, departed in the summer for Liverpool. 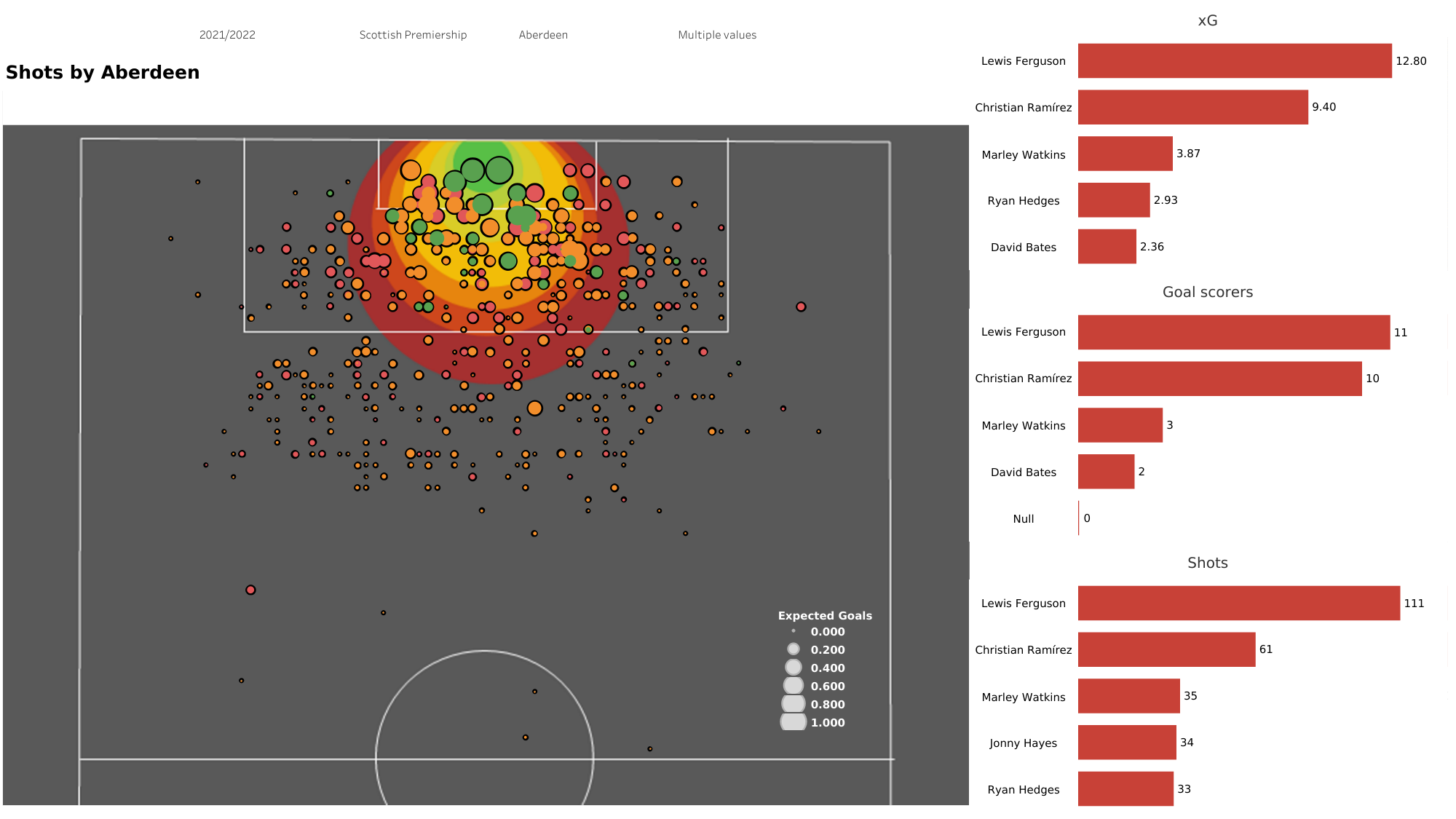 Shown above is the shot map of Aberdeen last season, not including penalties. Their top goalscorer was Lewis Ferguson with 11 goals, followed closely by Christian Ramirez with 10  goals. The third highest goal-scorer, Marley Watkins, had only three strikes to his name. As a result, Ferguson and Ramirez accounted for more than half of the Dandies’ goals last season. Overall, they took one shot shy of 500 and scored 40 goals, giving them a shot conversion of nearly 12.5 shots per goal scored.

With the main objective of defending the Premiership title, Celtic will be looking to get off to a positive start with a win against Aberdeen. One can expect the new signing from Argentina, Alexandro Bernabei, to make his debut for the Hoops.