Celtic are back in action in the Scottish Premiership for the first time this year and will take on Hibernian at Celtic Park on Monday night.

Celtic sit second in the Scottish Premiership with 45 points from 20 games, six points behind Rangers at the top of the table. The Celts finished last year on a high note as they chase the Rangers for the title. In their most recent league match, they easily defeated St Johnstone 3-1, and they were so dominant that they could have easily scored more than three. They’ll be aiming to cut the gap at the top of the table by picking up all three points against Hibernian. 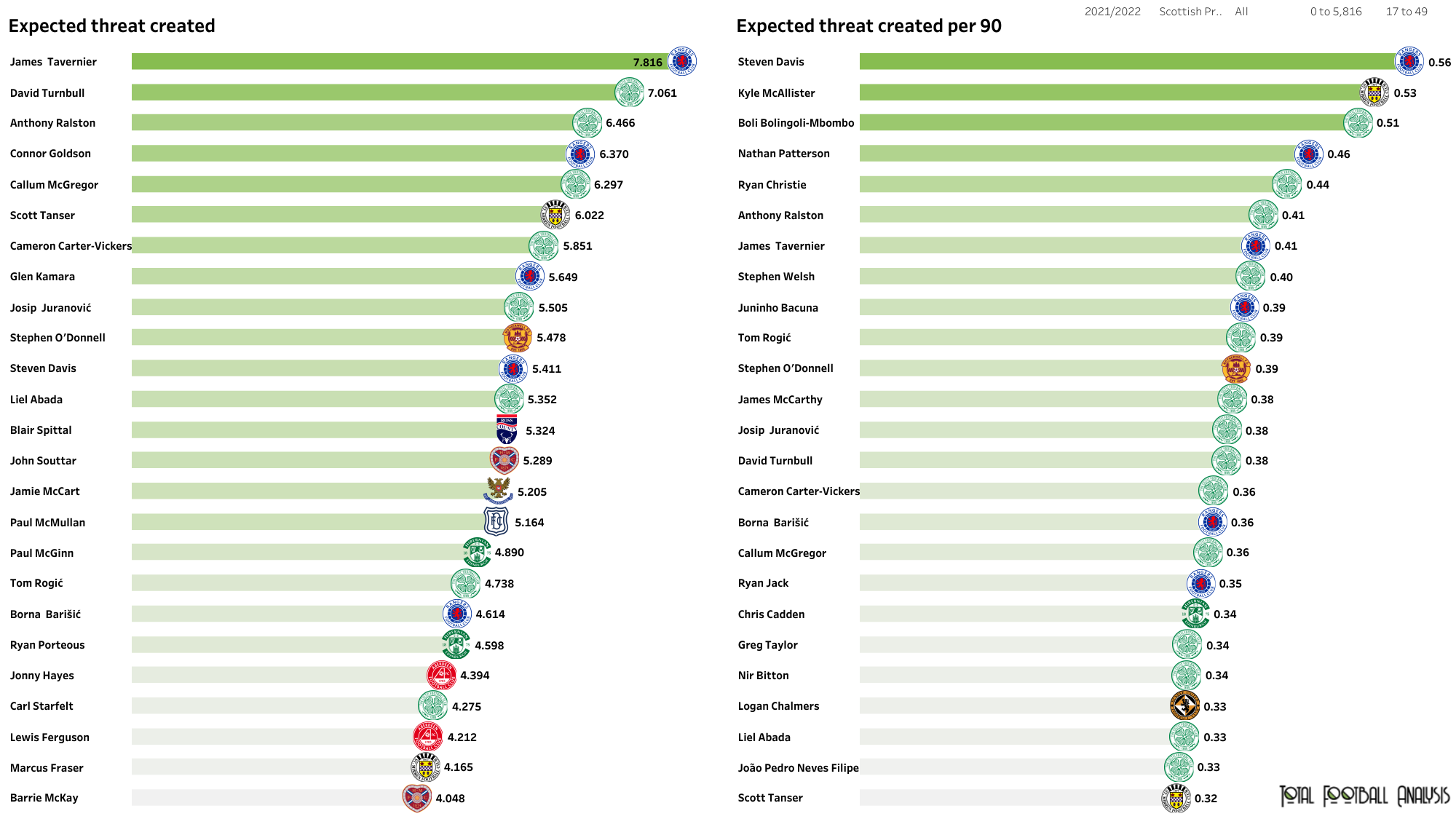 Most of the Celtic players have a high overall xT in the games they have played, as Celtic have scored the second most number of goals and attempted more attacking actions in every game. David Turnbull has created the highest xT for Celtic and has been the star performer for Celtic with five goals and four assists in the Premiership. Celtic will miss out on Turnbull as he is currently injured and won’t be a part of their squad. 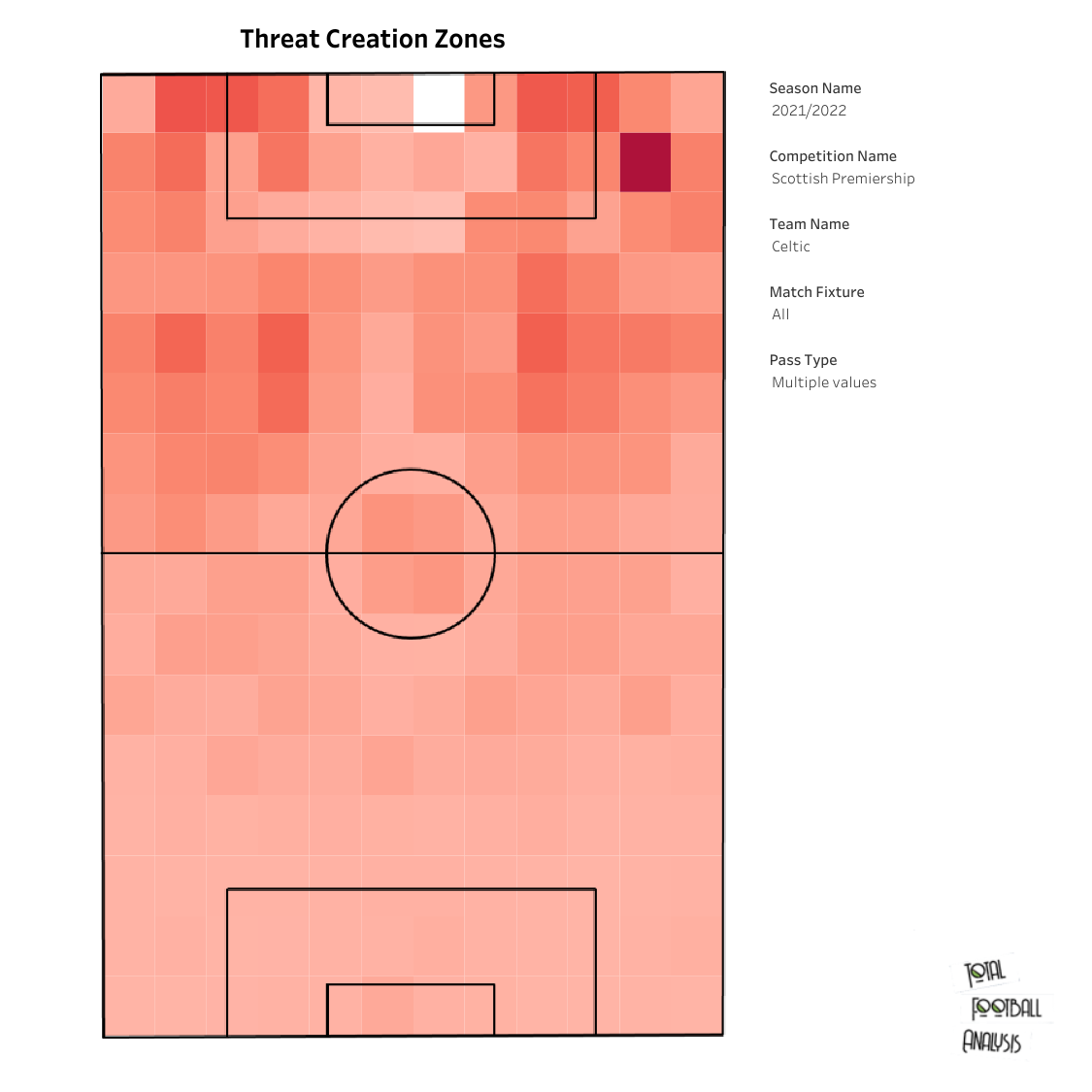 The above visual shows us the xT creation zones for Celtic from the first half of the season. The pitch map indicates that Celtic have been most threatening from the right flank in the final third and have generated more xT creation zones on the same side.

Hibernian are currently fifth on the Premiership table with 29 points from the 20 games that they have played. Hibernian also had a strong year in 2021, as they went on a three-game winning streak in the league after only winning once in the previous ten games. In their most recent match, they defeated Dundee United 3-1, with Kevin Nisbet, Christopher Cadden, and Jamie Murphy all scoring. 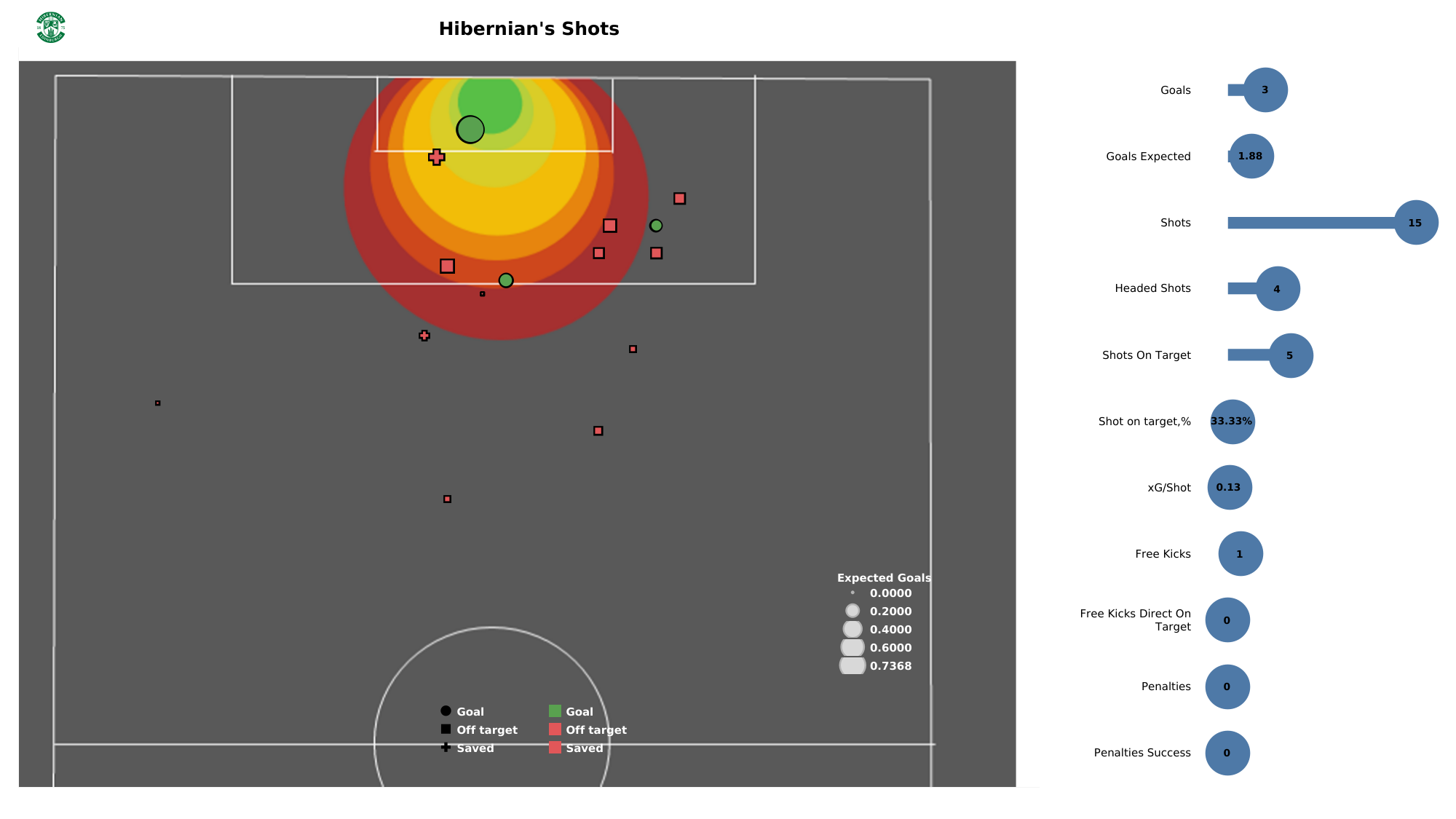 The above visual shows us Hibernian’s shot map from their previous game against Dundee United. They attempted 15 shots on goal and had five of them on target. Most of their shots were attempted from the right flank and all three goals were scored from inside the penalty area. 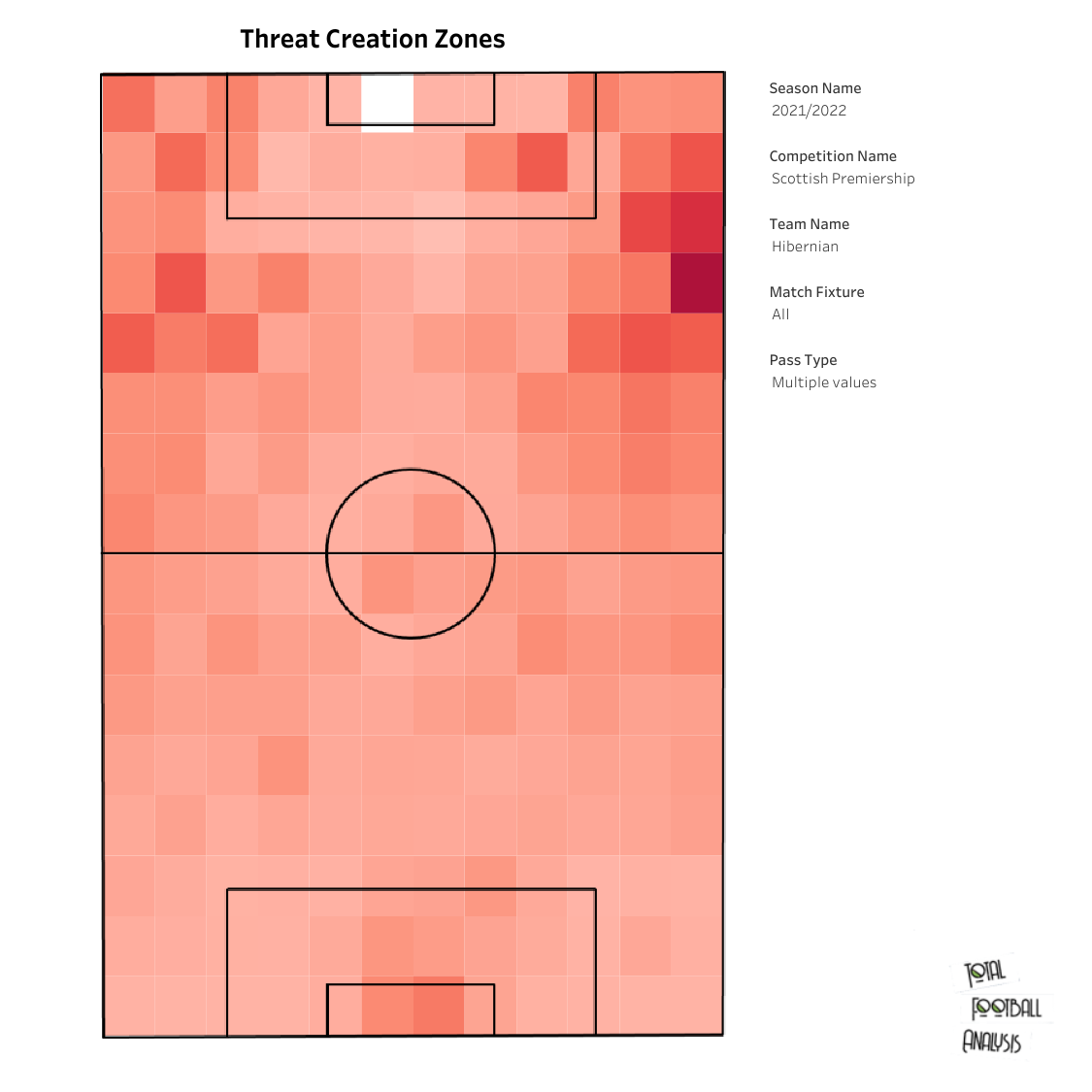 The above visual shows us the xT creation zones for Hibernian throughout the season. The pitch map indicates that Hibernian have been most threatening from the right flank and have generated the highest xT while attacking from the right side of the pitch.

Celtic are performing brilliantly at the moment. They are unbeaten in their last nine games and lost just one of their last 19 across all competitions. They are yet to lose at home all season and will be looking to keep their record intact ahead of Monday’s game. Hibernian are also in good form, with three consecutive wins and a four-game unbeaten run in the league. However, the trip to Celtic Park could prove too tough a test for the visitors.