With 54 points from 23 games, Celtic are currently second on the table, two points behind Rangers. Celtic continued their charge to the top of the Scottish Premiership table as they claimed a 1-0 win over Dundee United last Saturday. Celtic managed to achieve that despite being down to 10 men following Nir Bitton’s red card, which means that the Hoops will be without the central midfielder on Wednesday night. The Bhoys have now won each of their most recent five games across all competitions, while they are unbeaten in their last 13 games. 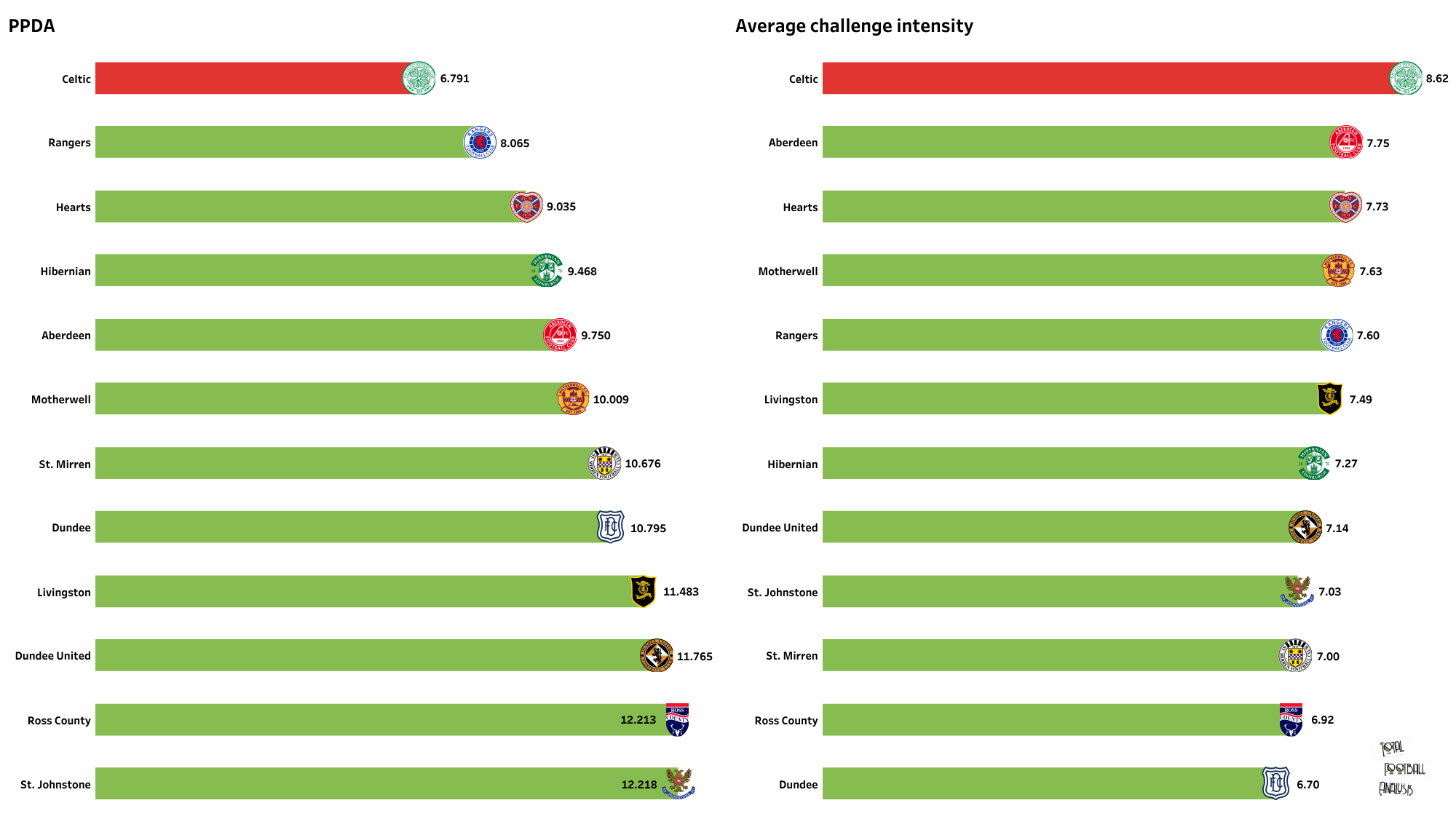 Celtic have the tightest defense in the Scottish Premiership, letting in only 13 goals in the 23 games they have played. This defensive intensity that they have maintained has been brought in by their manager, who urges his team to press higher up the pitch to win the ball in the opposition’s half. Celtic have the best PPDA in the league and also have a high average challenge intensity. This indicates that Celtic hustle for the ball and push the opposition team back in their half. 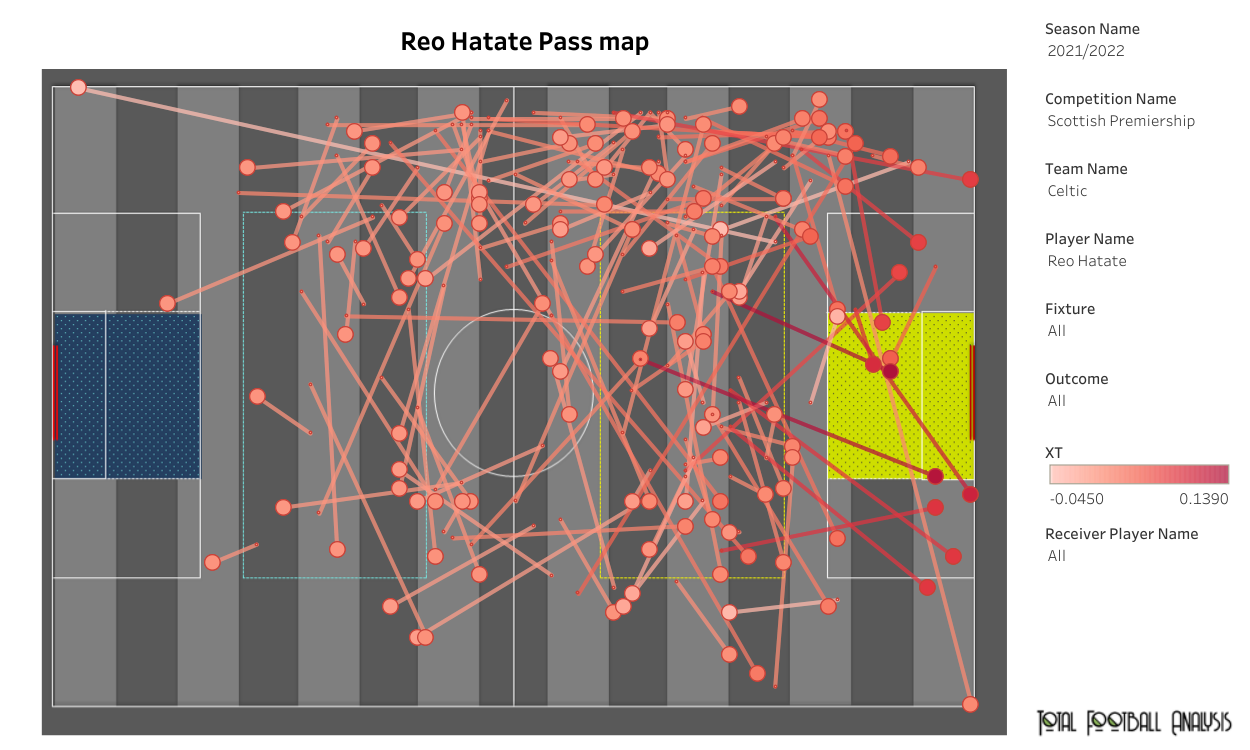 Reo Hatate has been impressive for Celtic since his debut and has featured in three games so far. He has had a pass accuracy of more than 80% in all games and has already scored one goal and provided one assist. He has been highly involved in the build-up towards the goal and has played several key passes. His pass map shows us that he has generated a very high xT from the passes he has played into the final third. Hatate will try to win the midfield battles for Celtic and try to play a vital part in this important fixture.

On the other hand, Rangers were held to a draw at the weekend in a frantic game against Ross County, who are fighting for survival in the league, as they battled it out to finish 3-3. Rangers have a tally of 56 points from their 23 games and have only lost one game in the season so far. Since November’s 1-3 League Cup setback to Hibernian, Giovanni van Bronckhorst’s side has gone undefeated in each of their previous 13 games in all competitions, claiming 10 wins and three draws. Rangers are unbeaten in their past seven encounters with Celtic, winning each of their last three, and will try to keep the momentum going in Wednesday’s game. 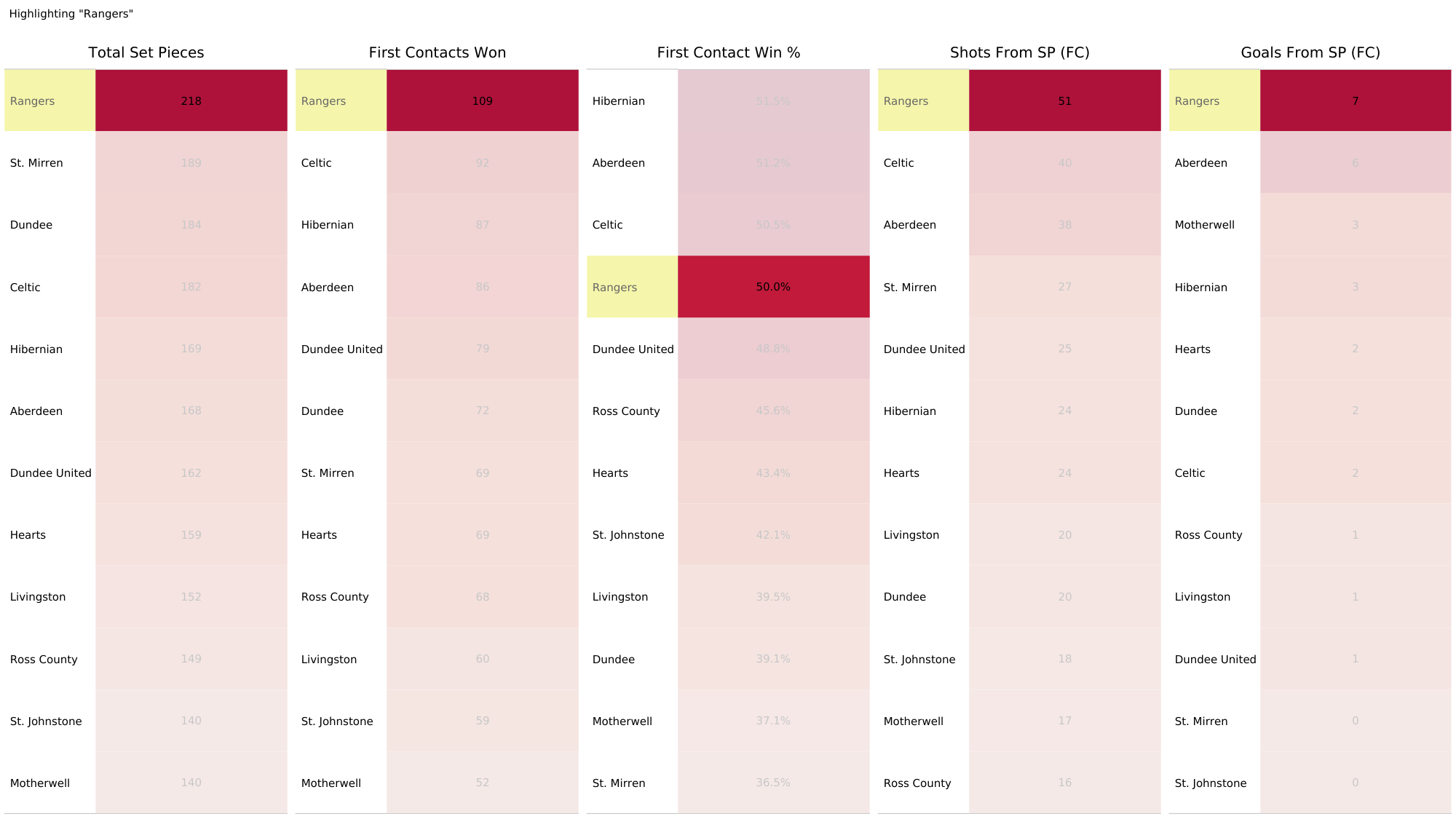 Celtic will be aiming to climb to the top of the SPL table in midweek, where a victory against their Old Firm rivals will see them leapfrog Rangers into pole position. The Celts are in slightly stronger form right now, and the fact that Celtic have been dominant at home might give them an advantage over their opponents.