Celtic will be facing Hibernian on Sunday at Easter Road in the Scottish Premiership to maintain their position at the top of the table. Celtic edged past Dundee FC in a five-goal thriller in the last gameweek, while Hibernian secured all three points with a comfortable win over Ross County.

Celtic are currently at the top of the table with 66 points from 27 games. Rangers were held to a 1-1 draw by Dundee United last Sunday, which helped Celtic get a three-point lead over them. Dundee FC gave a slight scare to Celtic as they held them to a 2-2 scoreline till the 86th minute of the game, but it was Giakoumakis who secured all three points for Celtic with his first hat-trick for the club. The win against Dundee was Celtic’s seventh victory in a row, and this has helped them secure a three-point lead at the top. 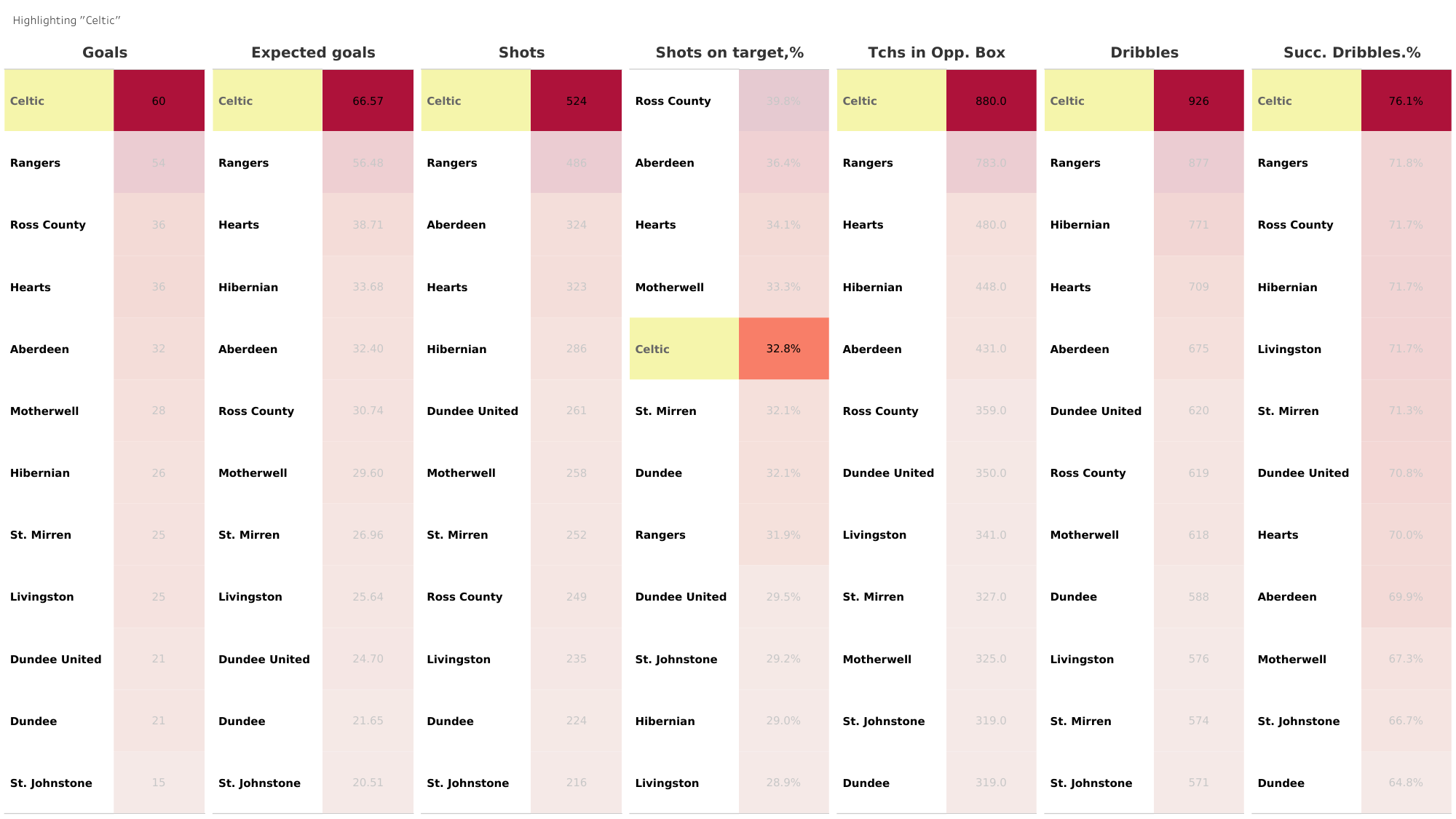 Celtic have been the best team offensively, and the above visual proves this. They have the highest xG and also have taken the most number of touches in the opposition box. But Celtic have struggled to deal with the opposition’s set-pieces. The Celts have conceded four goals in the last two games, and all four of these goals have been from set-piece situations. Despite being able to dominate games in terms of possession and attempts on goal, they have been conceding goals from set-pieces, which helps the opposition team to get back into the game. 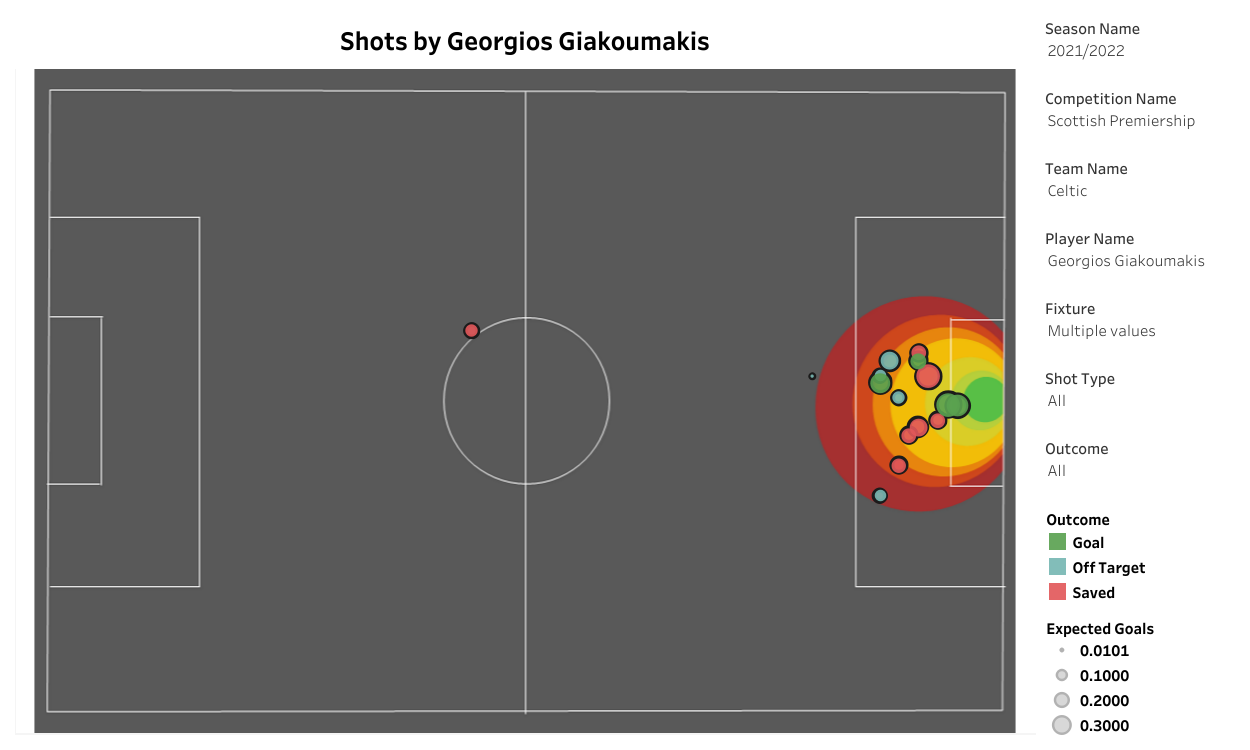 Georgios Giakoumakis was the star of Celtic’s last game, as the Greek striker scored a hat-trick to take his tally to five goals in the Scottish Premiership. Injury to Kyogo Furuhashi gave Giakoumakis a chance to start in the number nine position, and the striker hasn’t disappointed his manager. He will be a huge threat against Hibernian on Sunday.

Hibernian, on the other hand, are fourth on the table with 434 points from 27 games. The Hibs were able to end their two-game losing streak with a win against Ross County last Saturday. Jake Doyle-Hayes scored a brace for Hibernian as he helped them secure their ninth victory of the season. They have only won one of their last seven games and have struggled to put points on the board. The win against Ross County helped Hibernian jump from the seventh position to fourth on the table, but they have five teams breathing down their neck as there is a mere three-point gap between the fourth and ninth-placed teams. 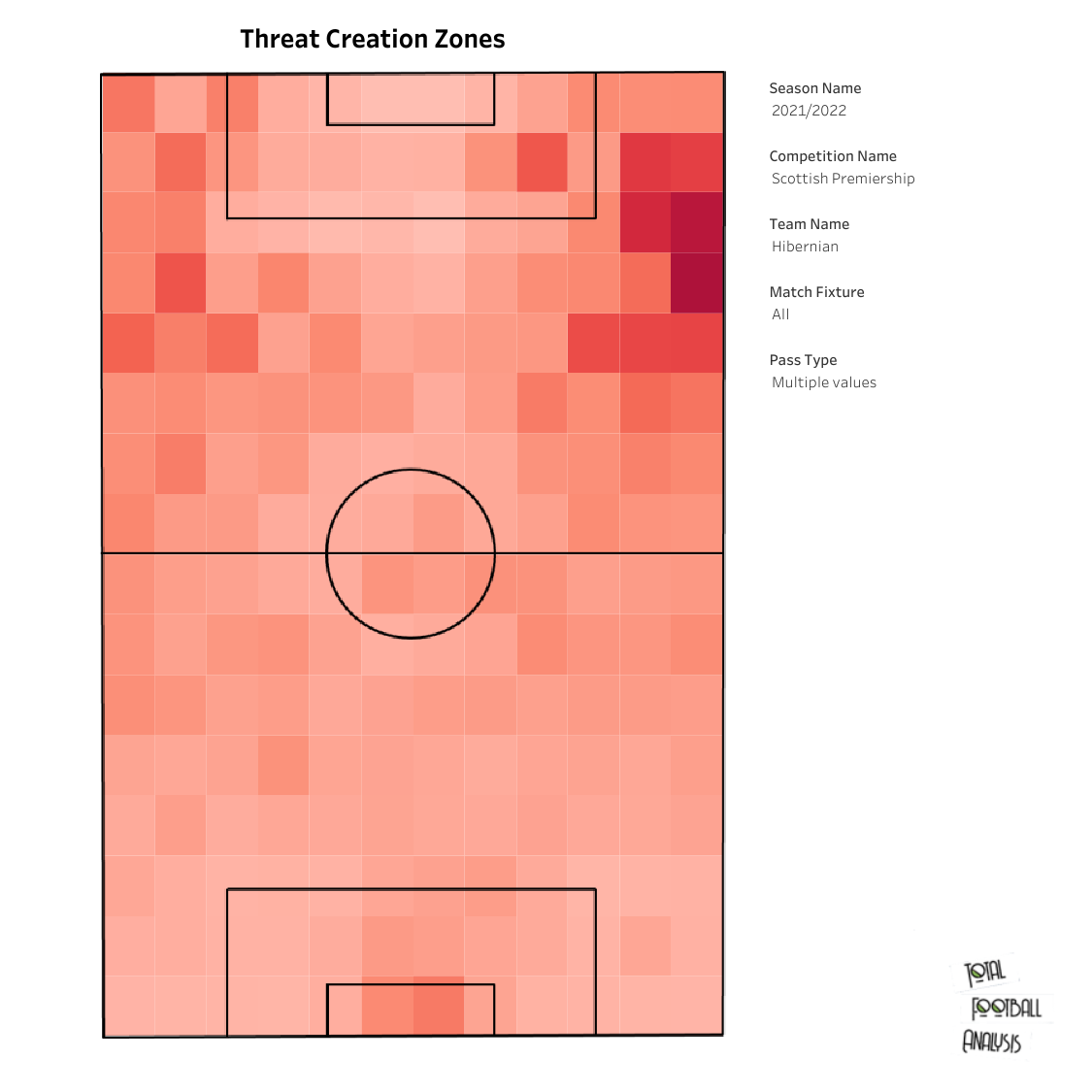 Celtic will look to maintain their outstanding form and will try and avoid any slip-ups that can give Rangers a chance to get close to them. Hibernian have not been in great form, and Celtic are the better team right now. The Celts should be able to secure all three points on Sunday.