Celtic are set to defend their newly obtained first position in the Scottish Premiership table against Motherwell on Sunday. The Celts put up an impressive first-half display against Rangers to move above them on the table. Motherwell, on the other hand, fought back and found a late equalizer against a stubborn St. Mirren side.

Celtic are currently first on the Premiership table with 57 points from 24 games. They are only one point above last year’s champions and will want to maintain this gap between the two teams. First-half goals from Reo Hatate and Liel Abada gave the Celts a three-goal lead over their rivals at halftime, and Celtic managed to hold off Rangers’ attempts in the second half to maintain their unbeaten home record. 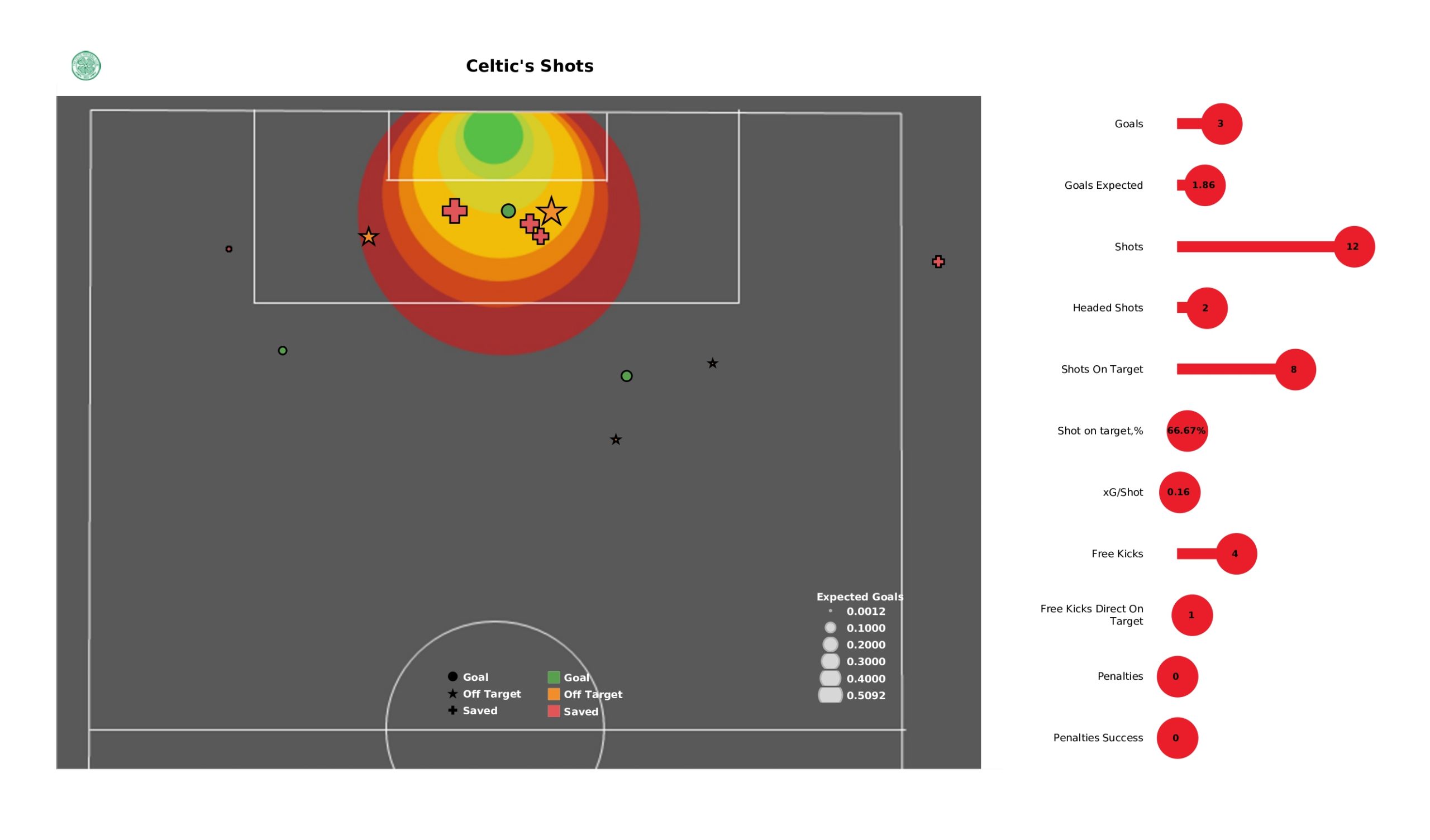 The above shot map shows us the positions of the shots that Celtic attempted in their most recent game against Rangers. The visual indicates that Celtic were very clinical in the penalty area and had most of their efforts from inside the penalty area on target. They had a very high shot on target percentage and were also able to get into great positions inside the box. Reo Hatate scored with both his shots on goal and continues his impressive start in the Scottish Premiership. 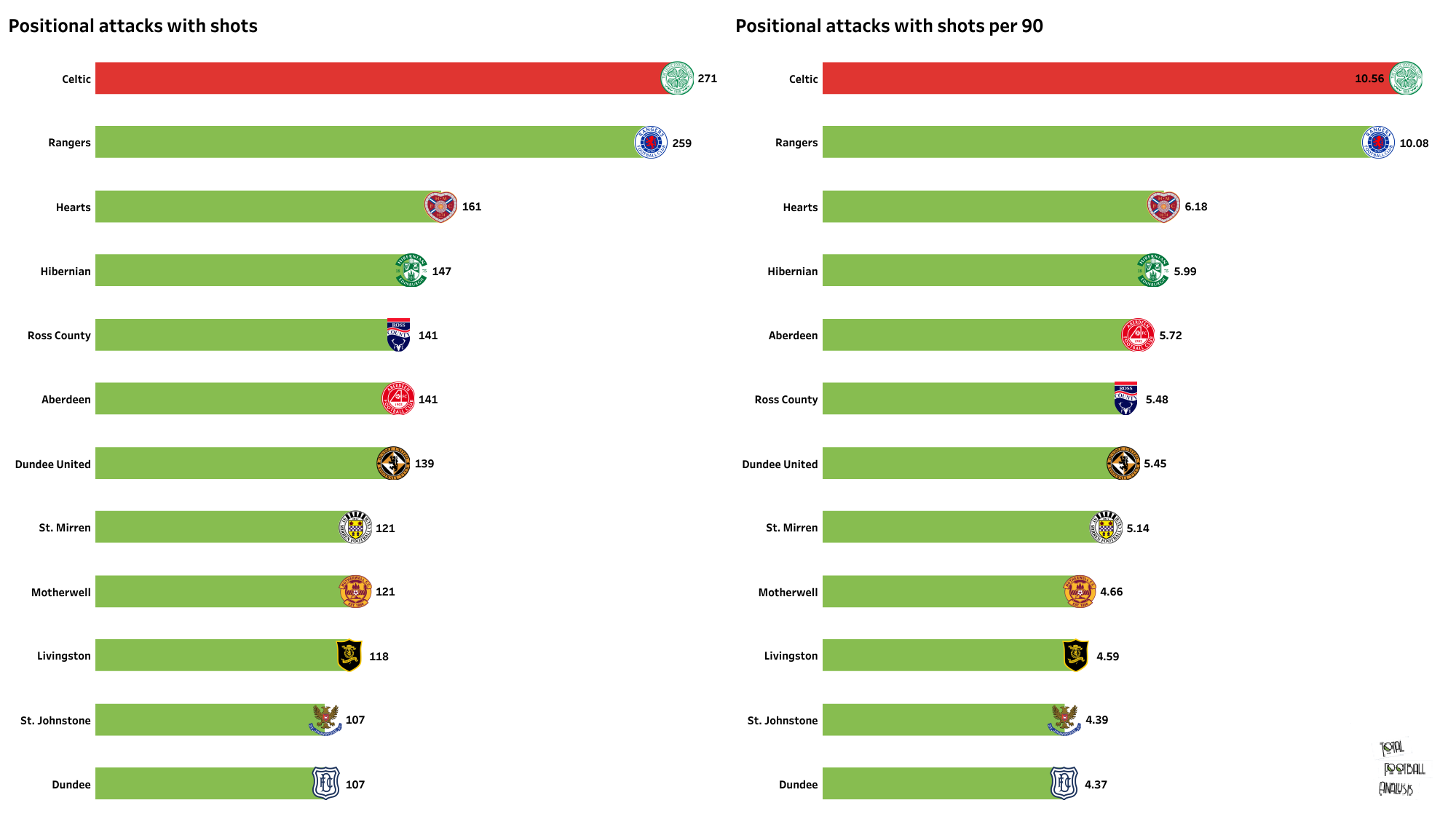 Motherwell have now fallen ten points behind third-placed Hearts and have only one victory from their last five matches. It is because of the poor results of the teams below them that they have been able to maintain their position on the table. They are on 33 points from 24 games and need a run of good results to cement their position in the top four. 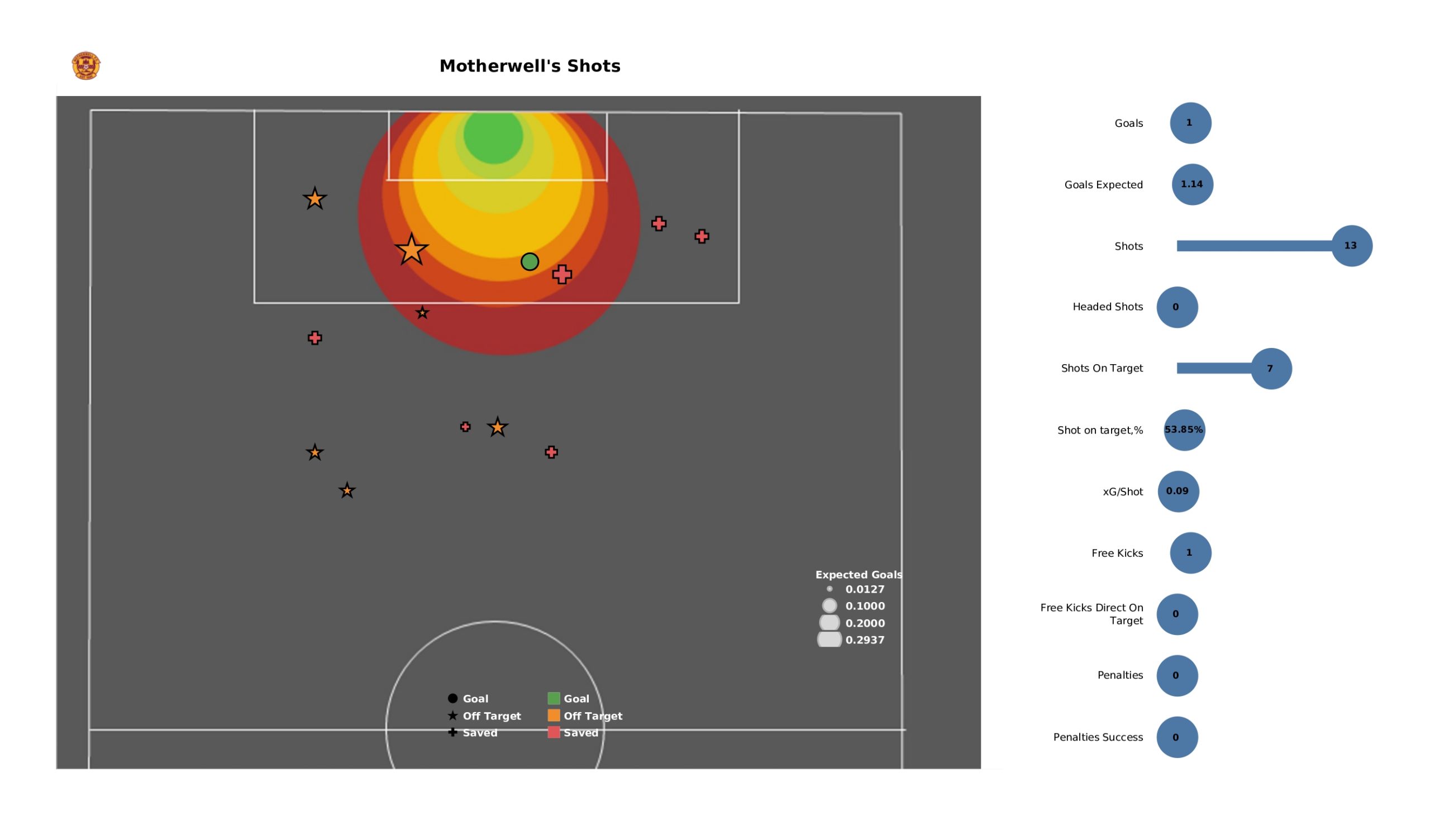 Motherwell dominated the game against St. Mirren and also attempted a total of 13 shots on goal. They had seven shots on target, but they failed to convert these chances and had to dig deep to find an equalizer in the 90th minute. They were highly effective on the right flank as most of their shots from the right were on target. They had seven shots from inside the box, and four of these efforts were on target. Motherwell can focus on progressing into the final third through counterattacks and can give a tough fight to their opponents if they can follow up on this strategy.

Celtic will want to cement their position at the top of the table and with Rangers facing a tough opposition like Hearts, the Celts have a golden opportunity to extend their lead. Motherwell have struggled to get results recently, and a draw against a team like Celtic, who are in top form, would be a good result for the Steelmen.