Celtic are set to play their most important match of the season when they visit the Ibrox Stadium on Sunday to face Rangers for a title-deciding fixture in the Scottish Premiership. There are just seven matches remaining this season, making this a crucial fixture for both clubs in their bid to finish the season as champions.

The two clubs occupy the top two spots in the league standings, with the visitors leading the home side by three points in pole position. Both sides head into the crucial fixture on a three-game winning streak. Rangers came from behind against Dundee in their previous outing to secure a 2-1 win, while Celtic comfortably beat Ross County 4-0 at home.

Two second-half goals from Aaron Ramsey and Connor Goldson gave Rangers all three points in their previous fixture against Dundee in the Scottish Premiership. Rangers are currently on a seven-game unbeaten streak in the Scottish Premiership, which has kept them in contention for the title. The Gers will be aware, however, that their most recent league defeat came at the hands of Celtic, who defeated them 3-0, with all three goals coming in the first 45 minutes. 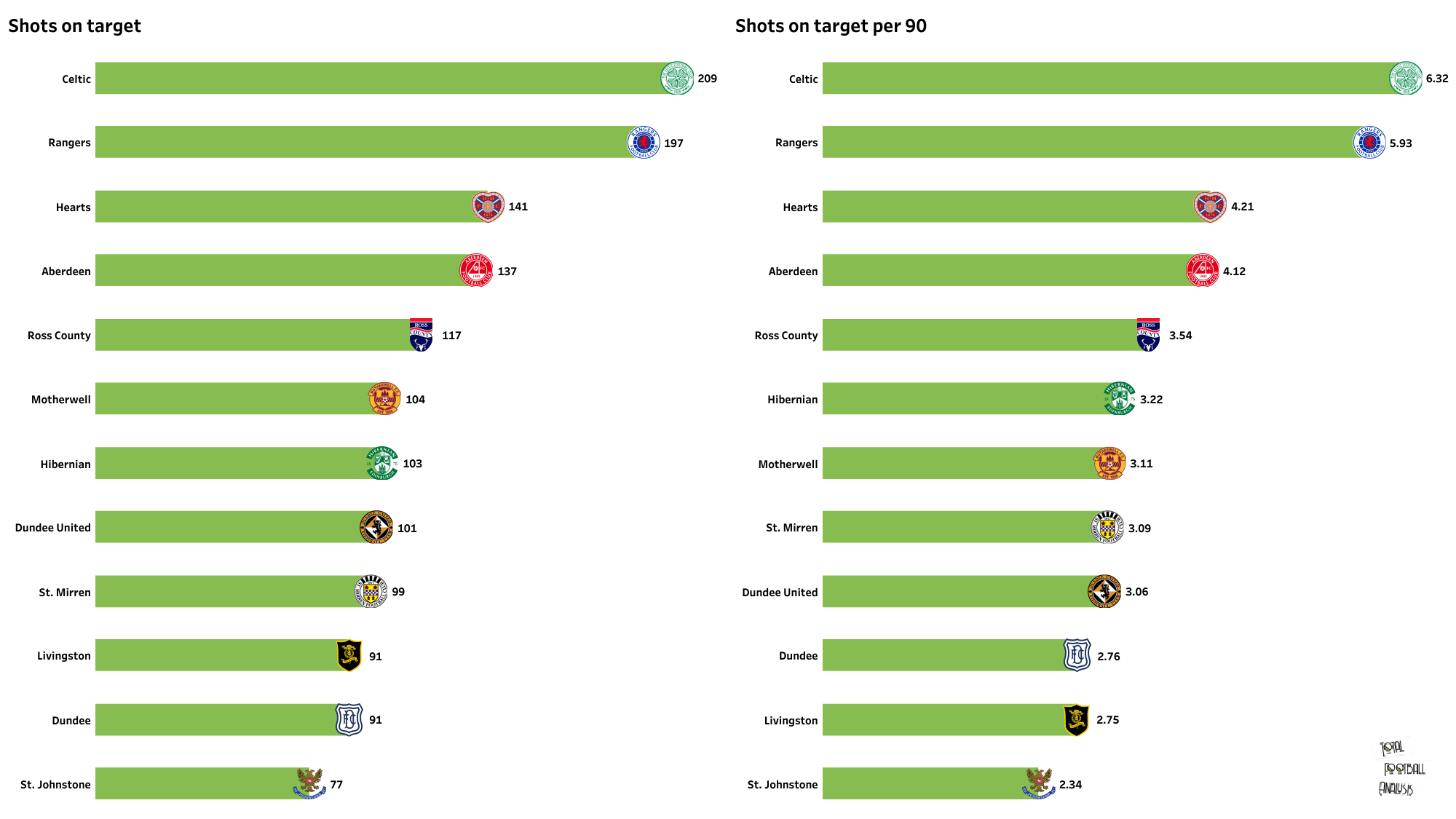 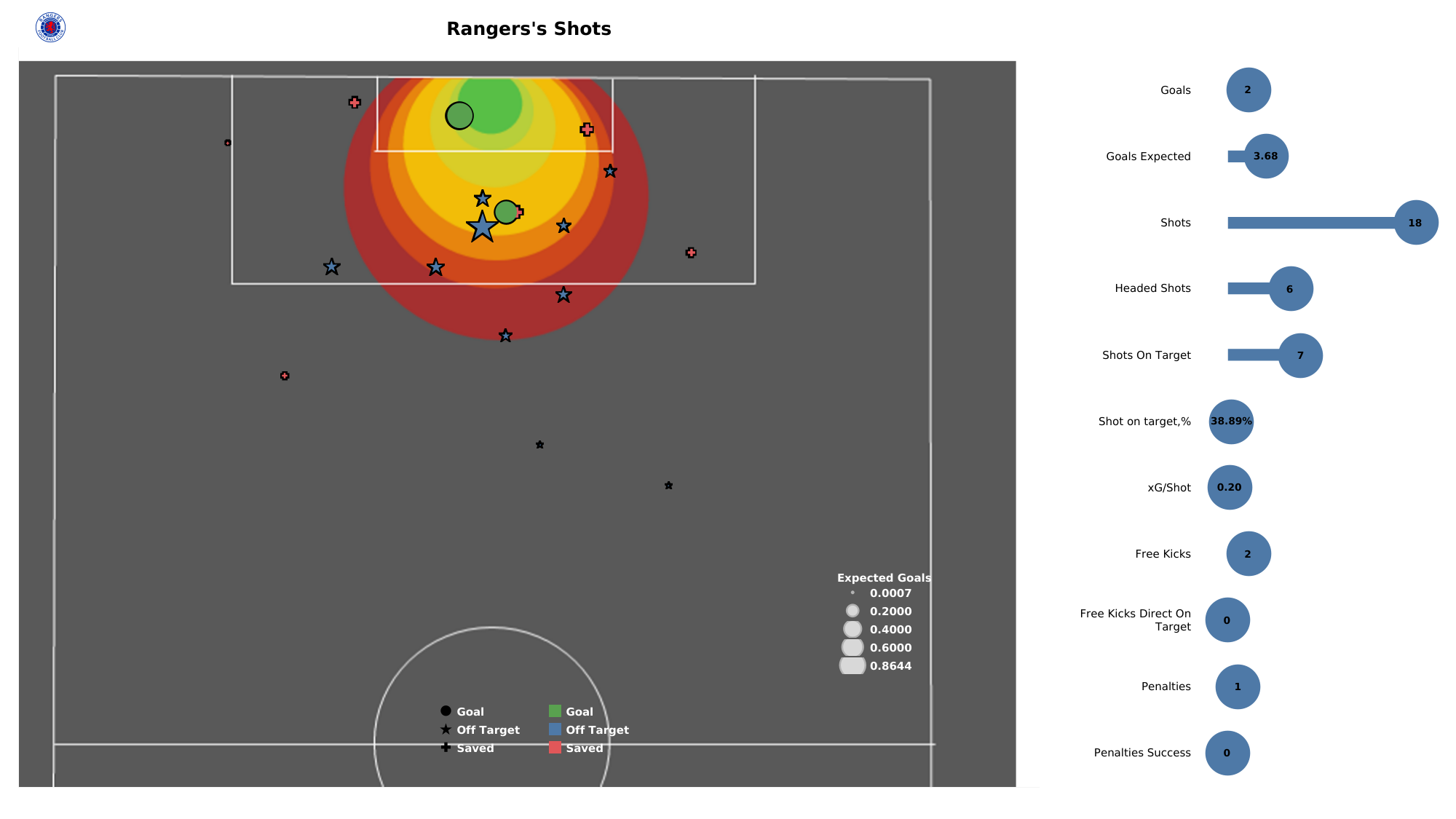 Rangers left it late against Dundee FC as they scored a winner in the 86th minute of the game. They had 18 shots on goal against them but struggled to find the back of the net in the first half. They were much better in the second half and also scored both their goals in the second half.

Rangers will be without their top scorer Alfredo Morelos as he picked up a muscle injury while on international duty with Colombia and has been ruled out for the Gers. Aaron Ramsey has recovered from a knock and is in line to start here.

Celtic looked very confident against Ross County as they easily beat them 4-0. A Georgios Giakoumakis hat-trick, and a goal from Daizen Maeda helped Celtic secure all three points. Ange Postecoglou’s team have been defensively impressive as of late, keeping four clean sheets across their previous six matches. However, Celtic have also looked good with the attacking side of their game as well, scoring 12 goals in their four most recent outings. 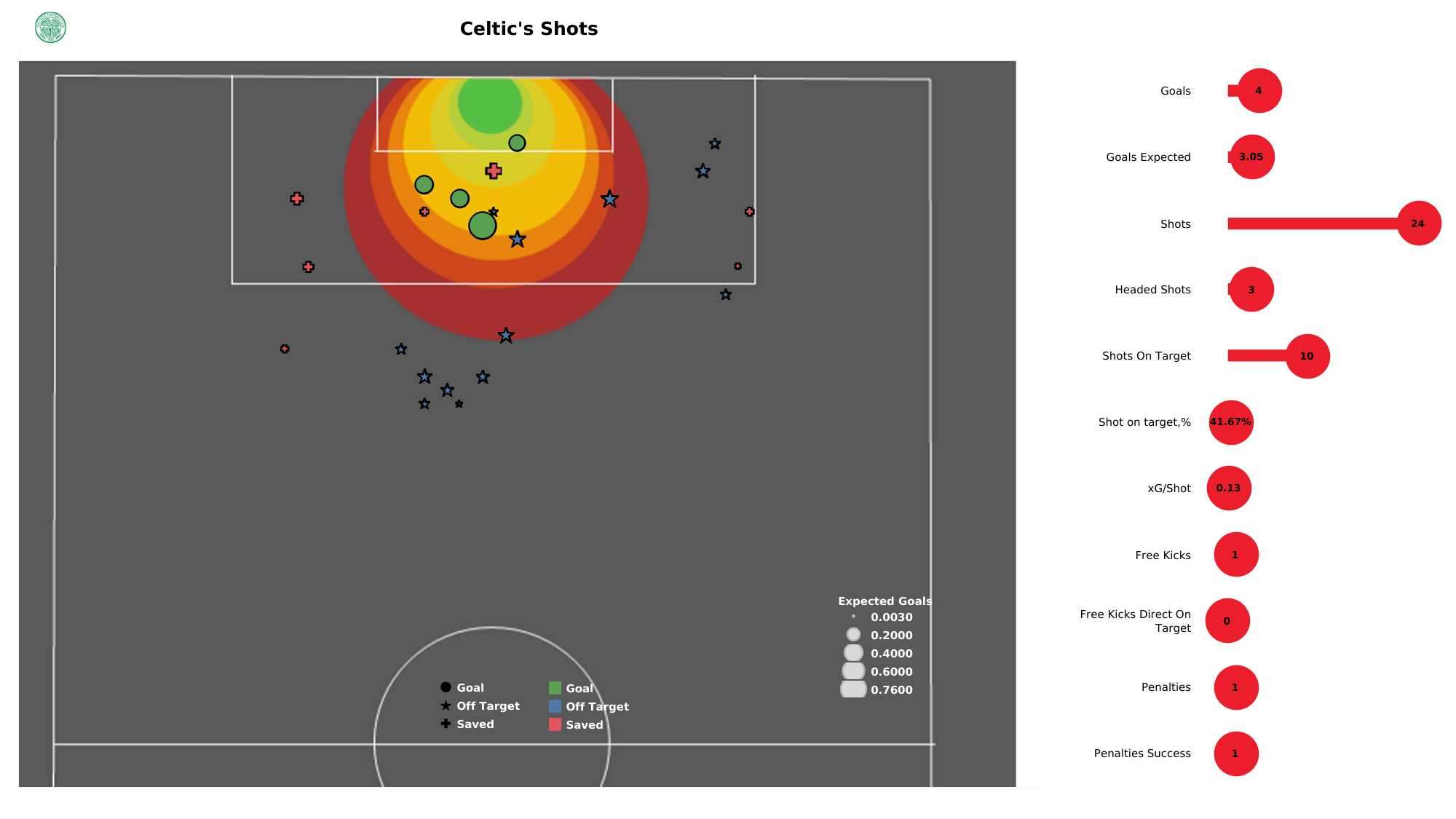 Celtic attempted a total of 24 shots against Ross County and were highly effective inside the final third. They had 10 shots on target and generated a massive xG value of 3.05. They had 16 shots from inside the penalty area and most of these shots were on target. Giakoumakis has been in great form for the Hoops and will be leading the line for them on Sunday.

This is a crucial game in the title race because a win for Celtic will put them six points clear at the top, while a win for the hosts will bring them level on points with Celtic. A draw would be favorable for the visitors, but they will prefer going for all three points.