Celtic will travel to the Global Energy Stadium to face Ross County in the first game of the second phase of the Scottish Premiership. Celtic lost their Scottish Cup semi-final to Rangers last Sunday, while Ross County won their previous league game against Aberdeen to finish inside the top six before the split.

Ross County’s incredible journey from the bottom of the Scottish Premiership to the championship round was completed with a 1-0 victory against Aberdeen two weeks ago. Joseph Hungbo’s 86th-minute penalty helped Ross County to grab all three points from the game and finish the first phase in the fifth position. Only two losses in their previous 11 league games is an extraordinary performance for a team who were at the bottom of the table at one stage of the season. 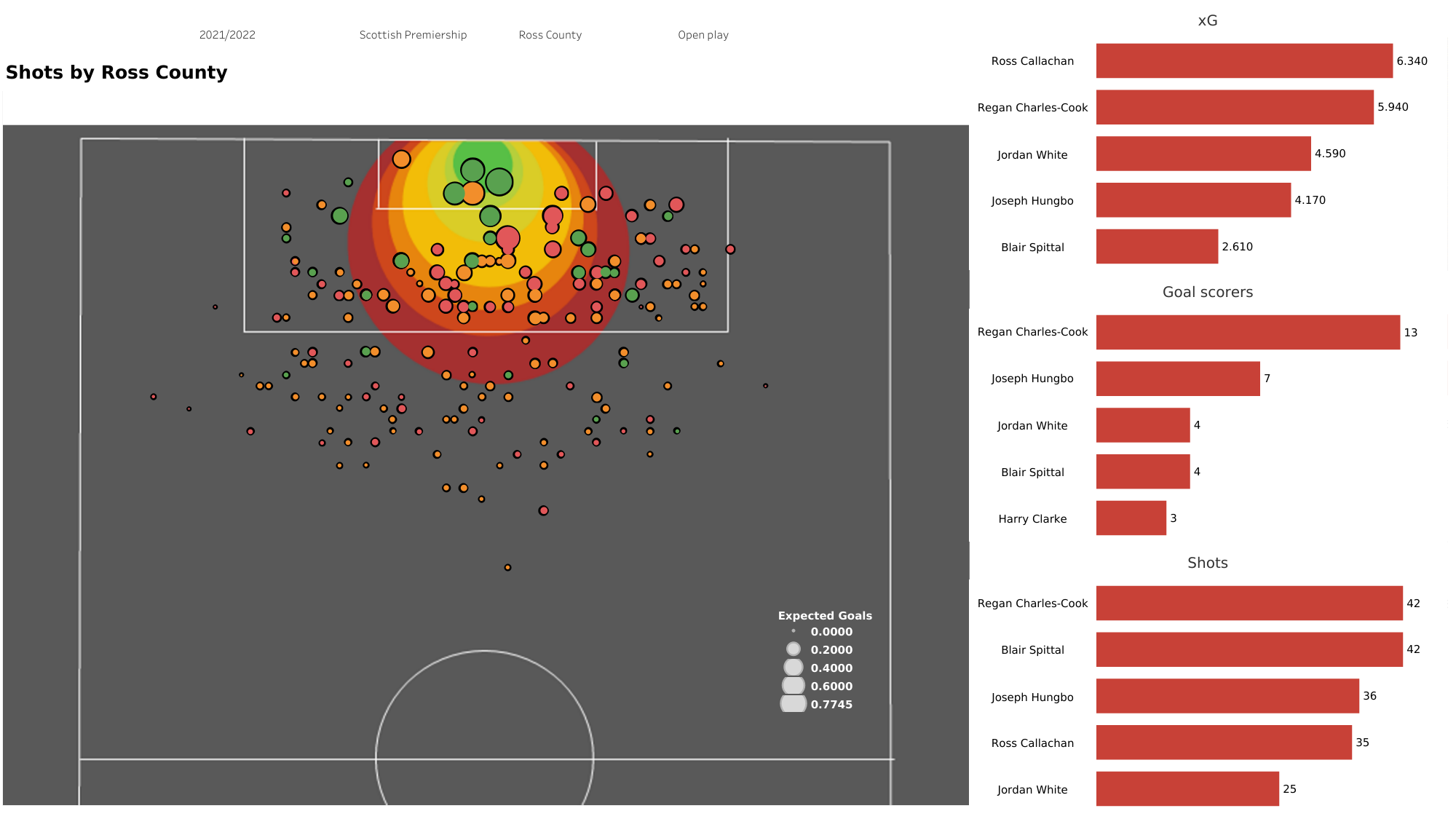 Ross County have attempted 228 shots on goal, with 123 on target. Regan Charles-Cook has scored the most goals for them this season and is also the top scorer in the Scottish Premiership. Charles-Cook has attempted 42 shots on goal and has generated a total xG of 5.940. Ross Callachan has generated the highest overall xG so far and is a huge threat in the opposition’s penalty area.

Celtic lost their first match in seven games across all competitions in last weekend’s Scottish FA Cup semi-final at home to rivals Rangers. Celtic took the lead through a Greg Taylor goal in the second half, but Rangers reacted well and equalised in the 78th minute of the game. A Carl Starfelt own goal in extra time sealed the deal for the Gers as Celtic lost a chance to win their fifth treble in six seasons. They are likely to put this result behind them and continue a 27-match unbeaten record in the league. The Hoops are currently leading the title race with a six-point lead over Rangers. 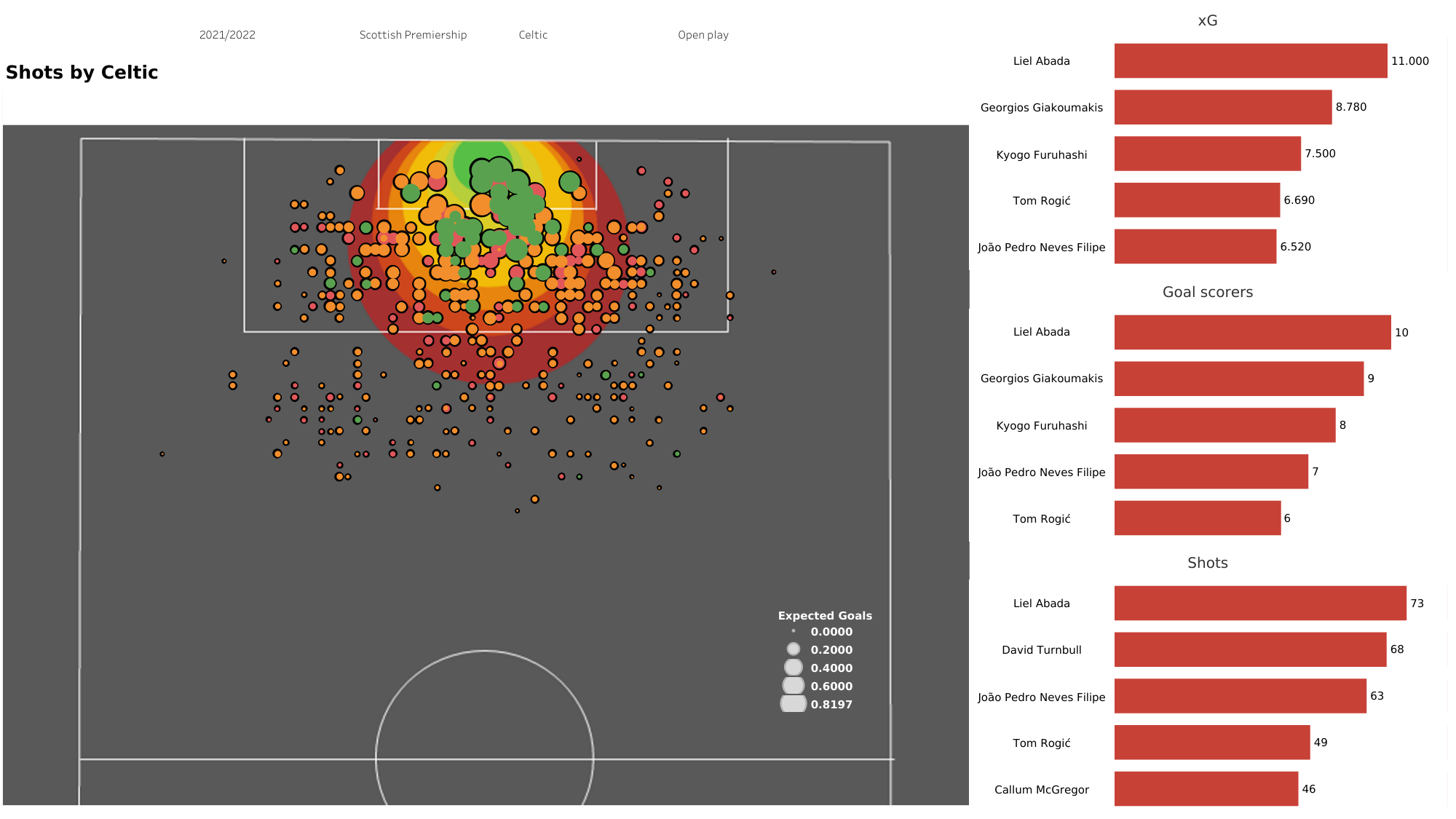 The above visual shows us the shot map for Celtic from the 2021/22 season. Celtic have scored the most goals this season and have been highly efficient in the final third. They have attempted 640 shots and have managed to keep 224 on target. Liel Abada has generated the highest xG for Celtic and has also been their highest goal-scorer this season with 10 goals. Georgios Giakoumakis has also been impressive for Celtic as he has scored nine goals so far this season. 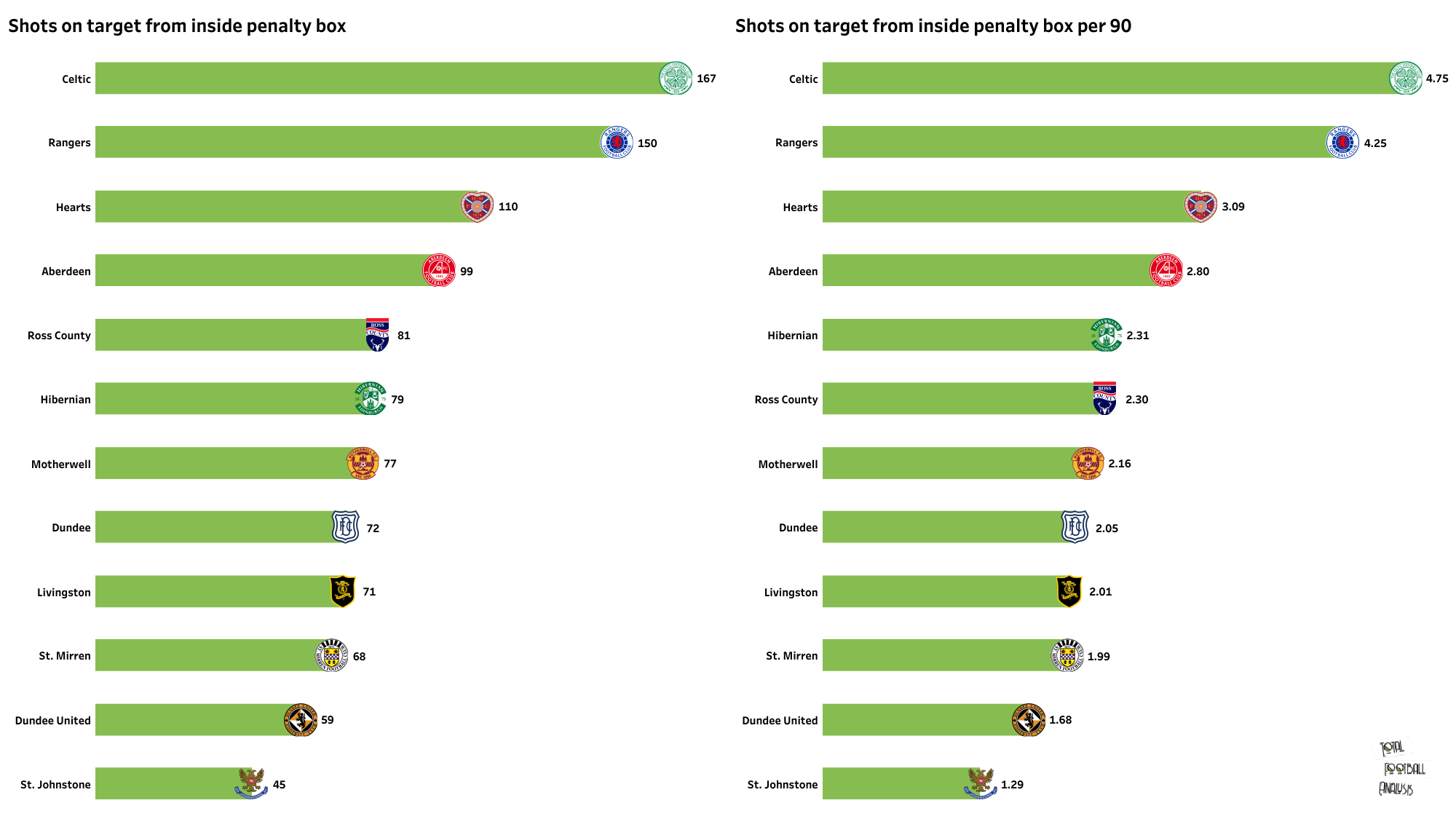 The away trip to Ross County promises to be a very tricky one though. The two sides met there last December and back then, Celtic had to wait till the 97th minute for Anthony Ralston to crop up with a winner. The Hoops will give it their best shot to secure all three points from this game as they need ten points from their final five fixtures to wrap up the title and a place in next season’s Champions League group stages.