Celtic qualified for the UEFA Champions League group stages next season thanks to the Scottish Premiership victory in the recently concluded 2021-22 season. However, to compete in the Champions League, a team needs quality in every department. In the EFL Championship season just gone by, Taylor Harwood-Bellis, who joined Stoke City on loan from Manchester City in the second half of the season, had been one of the better performing defenders in the division. He has recently been linked to joining the Scottish giants. Here, we will have a look at the Englishman’s performances at the Bet365 stadium. 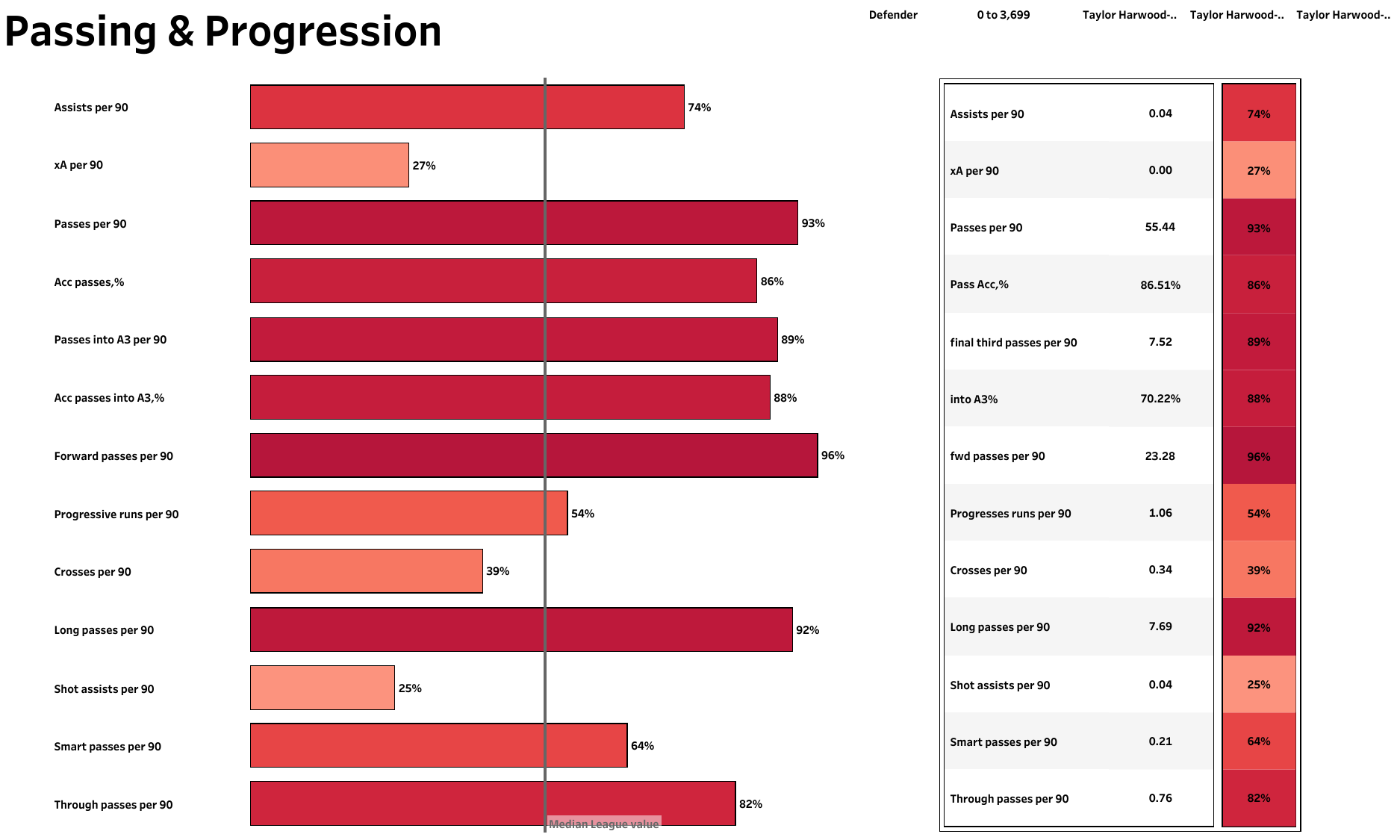 Harwood-Bellis played 22 matches for Stoke City in the second half of the 2021-22 EFL Championship season, having joined on loan from Manchester City. The England U-21 international totalled 1,959 minutes for the Potters. During his playing time, he was regularly involved in the build-up for Stoke City, attempting 55 passes per 90 at an accuracy of 86.51%. His ability to progress the ball has been impressive for Stoke City, with 7.52 pass attempts into the final third per 90 at an accuracy of 70.22%. The Englishman has also attempted 7.69 long balls per 90, which puts him in the top 8%. 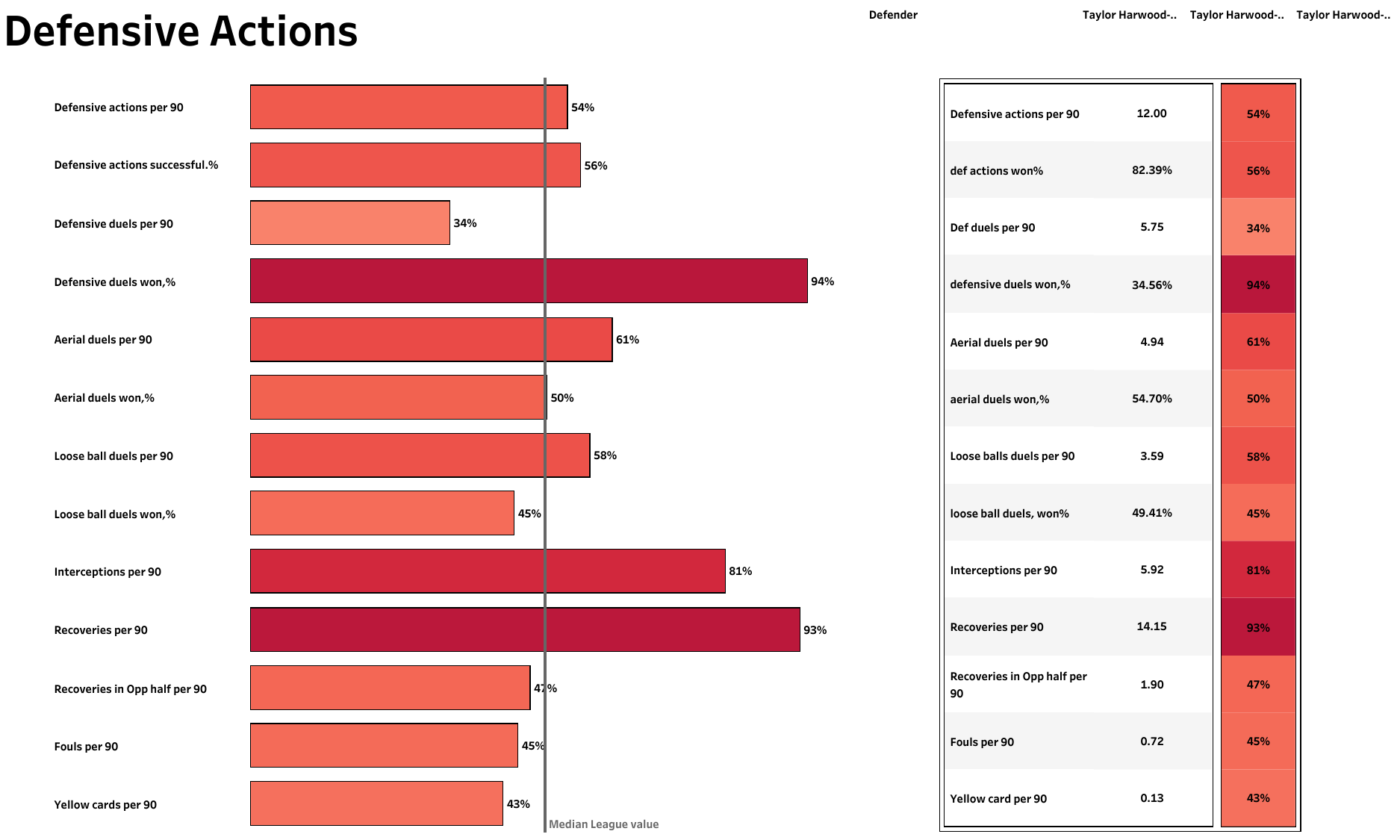 Taylor Harwood-Bellis has attempted 12 defensive actions per 90 at a success rate of 82.39%. The Englishman has won 34.56% of his defensive duels, ranking him in the top 6% of centre-backs. He has also managed to recover 49.41% of the loose ball duels he has contested in. The 20-year-old committed less than a foul per 90, with 0.72 to his name. 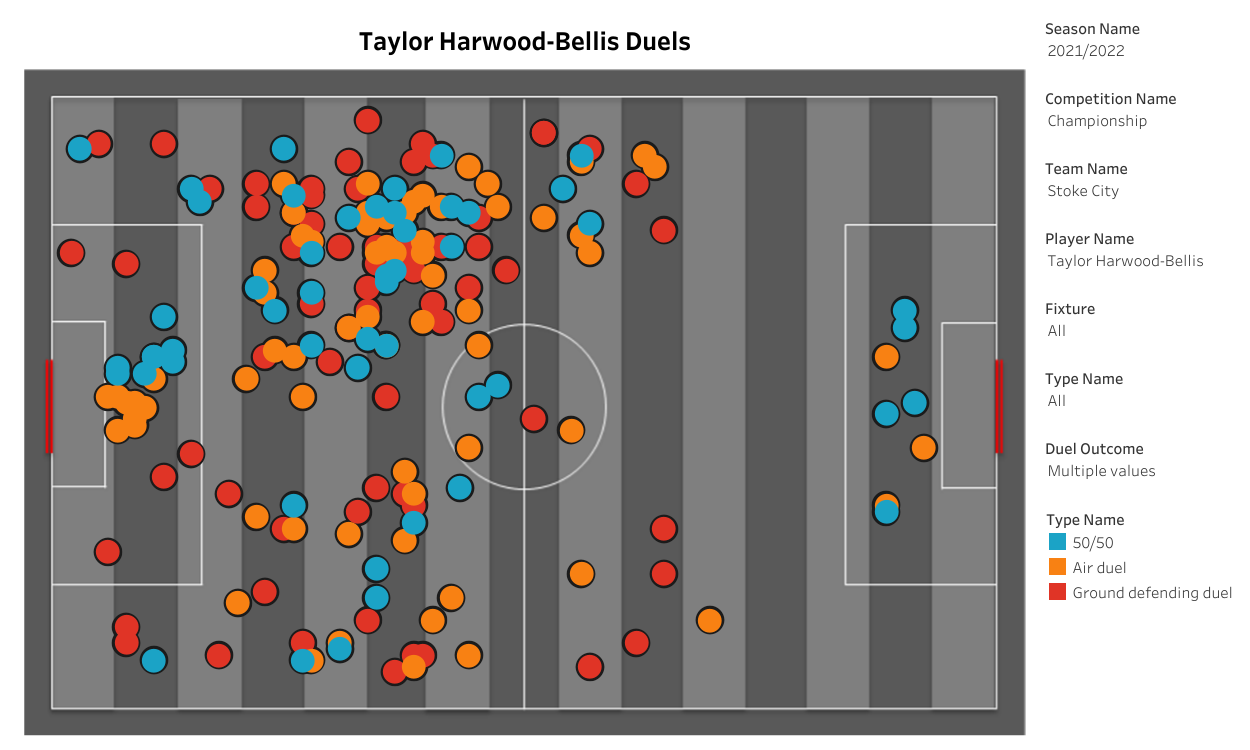 Shown above are the locations of the duels Harwood-Bellis won for Stoke City in the 2021-22 EFL Championship season. The Englishman won a good variety of ground duels, aerial duels and 50/50s. His aerial duel success rate was 54.7% out of nearly five attempts per 90. Most of these successful aerial battles have come in midfield and defensive third. The 20-year-old made an astonishing 14.15 recoveries per 90, which ranks him in the 93rd percentile. He also completed 16 tackles in total. 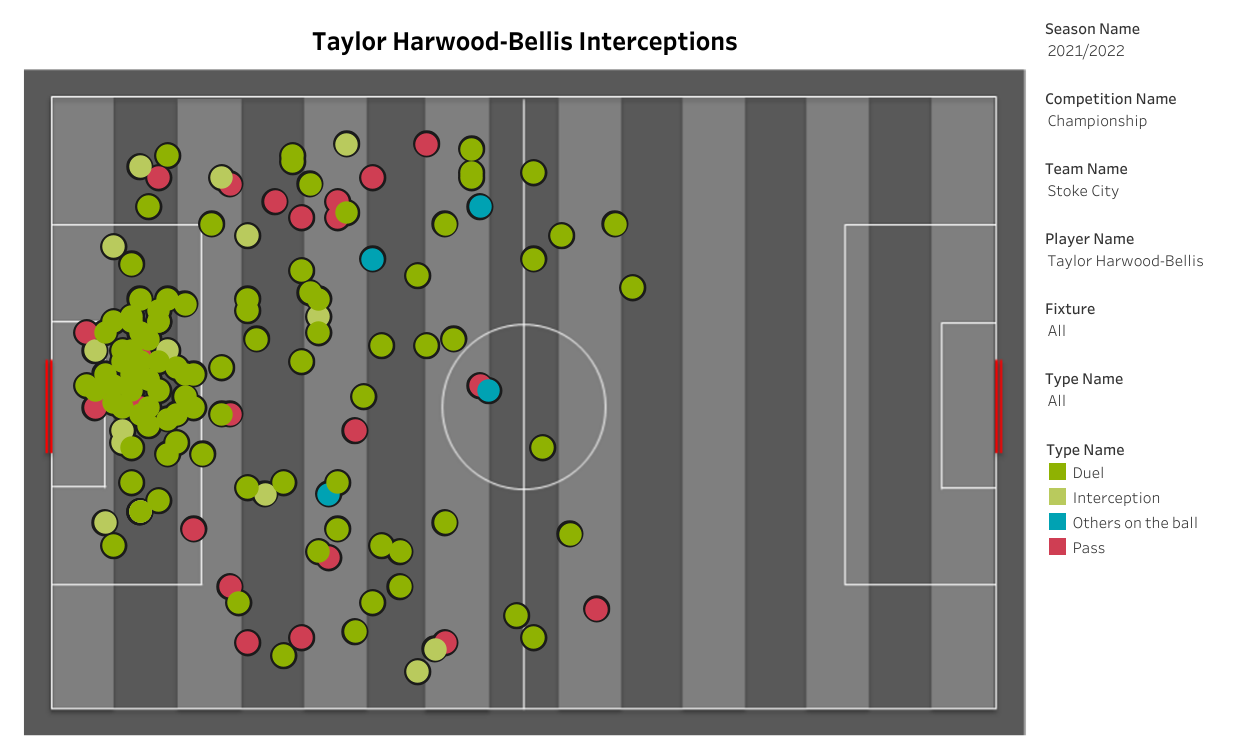 Seen in the above visual is the interceptions map of Harwood-Bellis for Stoke City in the EFL Championship season just gone by. The England U-21 international completed nearly six interceptions per 90 for the Potters. Most of the interceptions were in the form of duels, and they occurred in his penalty box.

Taylor Harwood-Bellis returned to Manchester City after the loan spell at Stoke City. However, with the likes of Ruben Dias, Aymeric Laporte, John Stones and Nathan Ake ahead of him in the pecking order, the Englishman may have to leave in search of more playing opportunities. With his ability to progress the ball and be involved in the build-up regularly, Harwood-Bellis could join Celtic this summer, at least on loan, as Ange Postecoglou’s men also play a similar style to Pep Guardiola’s men, averaging 66.4% possession across all competitions.